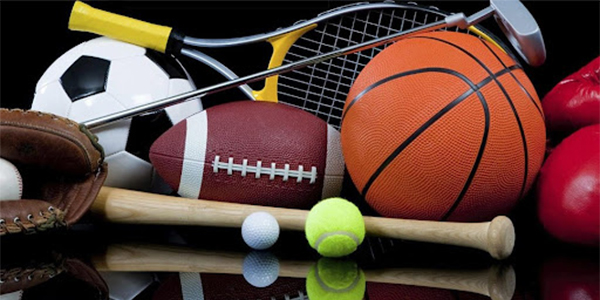 The sports business in the United States is more than socks, sneakers, and slow-pitch softball. It encompasses a spectrum of products: sporting goods equipment (from archery bows/arrows to water skis), sports apparel (from activewear to uniforms), athletic footwear (from aerobic shoes to walking shoes), and recreational transport items (from bicycles to watercraft). Combined, wholesale sales of those four segments are in the range of $70 billion … and growing. The largest of the four categories is sports apparel, followed by recreational transport, sporting goods equipment, and athletic footwear.There are many positive stories to share on the health and welfare of this business and a few negative ones that need to be reversed.

WHERE PEOPLE PLAY
To begin with, nearly 90 million U.S. residents participate “frequently” in some type of sport, fitness, or outdoor activity. Another 95 million participate occasionally in some activity and just over 80 million Americans do not exercise at all. For the 90 million avid sports participants, the top five exercise categories for them are physical fitness, team sports, outdoor activities (camping, hiking, and mountaineering), indoor sports (billiards and bowling), and fishing.

A significant portion of the 80 million non-exercisers are restricted by old age, some type of disability, or declining health. Far too many Americans, though, prefer to spend their free time engaging in sedentary activities such as watching television, surfing the Internet, watching DVDs, listening to music, or playing video games. The sedentary scenario reminds this writer of the saying, “You can’t sweat on the Internet!”

Nonetheless, health club memberships are at an all-time high – 41.3 million Americans are members of health/exercise clubs in the U.S. Overall, there’s been a 26 percent increase in memberships since 2000 and a 100 percent increase since 1990. To their credit, clubs are catering their services to potential clients and the people are responding. The evolution of women-only clubs, such as Curves, has proved to be a successful idea. It’s also worth noting that 60 percent of all health club members are older than 35 and 25 percent are age 55-plus. And, females account for 52 percent of all members. With that being the case, it should not be surprising to discover that more than 50 percent of all participants in 16 of the 23 fitness activities measured by the Sporting Goods Manufacturers Association are female.

As health club memberships have risen, so too has interest in strength training. Between 1990 and 2004, the number of “frequent” users of strength equipment – i.e. free weights or resistance machines – increased by 80 percent. Access to personal trainers has played a significant role in this process.

In recent years, a number of low or no-impact activities have risen in popularity, i.e. Pilates training, elliptical motion trainers, recumbent bikes, fitness walking, and yoga/tai chi. A number of older exercisers are seeking less stressful forms of exercise. It might be fair to say that today’s seniors are in favor of “less pain and more gain” when they exercise. Non-competitive forms of exercise such as recreational swimming (95.3 million swimmers), recreational walking (92.7 million walkers), and recreational bicycling (52.0 million bicyclists) are attracting quite a large legion of followers.

In addition, racquet sports are strong and getting stronger. Tennis participation has risen by two million players since 2002. Right now, there are 18.3 million tennis players. This increase is largely due to a national effort by the entire tennis industry to reach out to past players and new prospects. The idea is working and the proof is in the expanding number of players. Other racquet sports on the rise include racquetball and table tennis. Interest in badminton and squash is steady.

There’s also interest in the great indoors, as millions of Americans enjoy their time in a climate-controlled atmosphere. With that being the case, it’s not surprising to hear that more than 50 million Americans went bowling in 2004, another 36 million played billiards/pool, and almost 20 million played darts!

MOTHER NATURE CALLS
On the sales side, a strong, noticeable trend has evolved in the last decade. In sporting goods, three out of the top five categories of sporting goods equipment are directly related to the outdoors in the U.S. The top two categories are exercise equipment and golf. The next three categories are all “first cousins:” hunting, camping, and fishing. As society has developed in recent years (i.e. cell phones, beepers, laptop computers, email accessibility, etc.) millions of people are craving the chance to get away from it all by spending more time in city parks, county parks, state parks, and national parks where they can go camping, hiking, fly fishing, bird watching, and sight seeing. An outdoor experience can range from a picnic lunch in New York City’s Central Park to a month-long trip out West to Yellowstone National Park in an RV.

Fishing, in particular, is a sport for young and old and there always is a nearby place to fish – whether it’s the ocean, a river, a lake, a pond, or a rushing stream. With nearly 48 million fishermen in this country, fishing remains one of this country’s most popular recreational activities – whether it’s freshwater fishing, fly fishing, or the saltwater variety. The statistics on fishing only underscore it’s lifetime appeal as the average fisherman has been participating for more than 14 years and the average age of a fisherman is in his or her mid-30s.

An extension of this interest is reflected in the growing popularity of water sports, specifically kayaking, canoeing, rafting, and jet skiing. The theme for these non-competitive, recreational endeavors is pure and simple: have fun in the sun.

In addition, the popularity of winter sports is no longer restricted to cold-weather areas. In fact, one of the biggest and most active snow ski clubs in the United States is located in the state of Florida. The sport of downhill skiing remains the most popular snow-related activity, but sports like snowshoeing, snowmobiling, and snowboarding are eating away at downhill’s traditional stronghold. The youngest contingents of snow sports enthusiasts are the snowboarders and the oldest are the cross-country skiers. Access to snow and the slopes will always be the factors that limit growth in this category.

Without a doubt, millions of Americans are busy – indoors and outdoors – throughout the year, pursuing their sport of choice in either a competitive or recreational setting. With more than 100 sports to choose from, today’s fitness buff, team sports aficionado, outdoors enthusiast, or recreational sports participant is spoiled for choice when it comes down to spending his or her free time in an athletic setting.