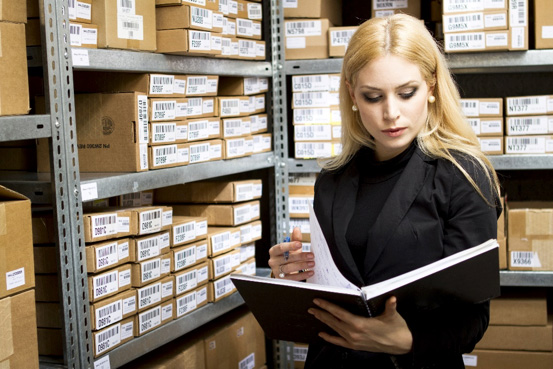 “Embezzlement” tends to conjure thoughts of money-hungry workers siphoning cash to buy luxury cars or trips to Europe. While this type of accounting fraud makes for attention-grabbing headlines, the real threat to companies is a different type of fraud, one that may be far more damaging, hard to detect, and is often committed for corporate rather than personal gain: inventory valuation fraud.

Perhaps the most famous example of inventory valuation fraud is the Great Salad Oil Swindle of 1962 that nearly crippled the New York Stock Exchange. The story goes that a New Jersey-based wholesaler and commodities trader, Tino De Angelis, realized an opportunity to corner the soybean oil market through soybean futures contracts and loans on overvalued inventory obtained by diluting soybean oil with water. Ultimately, the scandal caused over $1.1 billion (in today’s dollars) in financial losses to the companies involved, including American Express, Bank of America and Bank Leumi.
As this case illustrates, inventory valuation fraud can cripple companies. Despite this, many companies are ill-prepared to spot inventory valuation fraud.

While embezzlement can be committed by nearly any employee, inventory valuation fraud is more complicated and requires direct access to a company’s accounting functions. The valuation of inventory often demands several assumptions, leaving room for interpretation (or manipulation).

When calculating valuations on finished goods, a single change to assumptions or inflating a single component can significantly impact the producer’s financial statements. Increasing the value of inventory will, in some way, increase net income, since the adjustment will likely either report an increase to revenue to a decrease to expense.

There are countless motivations for inventory valuation fraud, but it may surprise you that personal financial gain is not chief among them. Certainly, a perpetrator may benefit personally, as in the case of performance bonuses tied to meeting projections or benchmarks, but typically, motivations are grounded in corporate gains.

When people steal inventory, it is because the inventory holds some intrinsic value. The motivations for valuation fraud are usually tied to meeting internal benchmarks, projecting financial stability ahead of a major transaction, meeting bank covenants, or, as in the case of Salad Oil, to secure lending.

Pressure to meet projections should be of concern to publicly-traded companies, where earnings projections are a key factor in the value of company stock. For private companies, it could be as simple as trying to achieve a certain net income number for bonus and profit-sharing contributions to be paid.

Bank covenants often contain financial agreements requiring minimum net income, minimum tangible net worth and debt service coverage. Journal entries to increase the value of inventory, and in turn net income, is one way to meet a covenant. A failure could be as severe as the bank calling your debt.

Asset-based lending can be a major motivator behind valuation fraud. Banks frequently loan money to companies based on the value of certain assets, including inventory. Improperly inflating the value of inventory could also extend the amount of available credit for borrowing.

Meeting performance-based compensation targets is a more self-serving motivator. As mentioned earlier, some financial benchmarks could be tied to a bonus program benefiting employees, especially senior management. Manipulating inventory values will have corresponding effects on net income, which could be used to meet this self-serving goal.

How is valuation fraud committed?

There are several primary methods for perpetrating inventory valuation fraud:

What can be done?

There are many ways companies can mitigate fraud risk by developing simple, yet impactful, internal control practices. A strong internal control environment will increase the chances of detecting fraud, and act as an obstacle to a would-be fraudster.

Maintain strong analytics. Auditors and managers should look at several behaviors in inventory and cost of goods sold, including changes in estimates of obsolete inventory, shrinkage, and profit margins. Increased write offs directly to cost of goods sold may be an indication of an insufficient reserve. Other relationships to evaluate are shipping costs to raw material inventory, turnover ratios, inventory growth compared to sales growth, and gross margin by product line fluctuations. These analytics require strong expectations, so avoid mistakenly overlooking flat margins when you expect improvements.

Carefully review journal entries. Research shows there is a direct correlation between the level of authority of a perpetrator and the magnitude of the fraud. Reviewing the journal entries posted by key individuals, especially if they have a large profit/loss impact, could be a fruitful exercise. Journal entries to manipulate inventory values are likely to be posted manually. Reviewing manual journal entries; a standard audit step thanks to Enron, WorldCom and Tyco, is a good starting point.

Understand the assumptions. Knowing the assumptions involved in the valuation of inventory and having the will to challenge them is helpful in identifying potential valuation fraud. In the well-known Walmart shrink scandal, a change in approach to recording shrinkage allowed the company to report inflated earnings. Addressing this fraud involved a change in culture, specifically how people viewed the topic, which is why it went undetected for so long.

Scrutinize overhead. The application of overhead to inventory is an area where large differences can be realized by changing a production efficiency assumption or inflating the cost pool. In this case, the assumptions built into the overhead application need to be closely evaluated and challenged. A close review of the cost pools to determine if all costs are related to the manufacturing of the inventory is necessary to ensure disguised SG&A costs are not included to inflate earnings.

Foster a culture of accountability. There are several ways to address these risks from both a proactive and detective perspective. A manager or auditor should be asking: What can go wrong? Where are opportunities and what are the motivations? They should be proactively reviewing internal controls to ensure the appropriate checks and balances are operating as designed. From a detective perspective, they should be using the tools above to make sure that results make sense given all other known variables.

At minimum, valuation fraud presents great personal risk to one’s employment, and could even result in civil or criminal charges. At maximum, valuation fraud places the financial stability and reputation of a company at serious risk of regulatory action, lost investment opportunities, lost customer base, and other devastating financial and reputational impacts. Knowingly misrepresenting financial results and similar conduct can be prosecutable fraud and a breach of fiduciary duty.

Learning how to mitigate the risk of valuation fraud by spotting the signs early on should be a priority for every company’s internal controls.

About The Author
Melinda Irish is a certified public accountant and Senior Manager in the Audit Division of Baker Newman Noyes, one of the nation’s top 100 accounting firms. Melinda specializes in serving clients in the manufacturing and distribution industries, and is involved in the firm’s internal training program. Melinda holds a Bachelor of Science degree in Accounting and a Bachelor of Science degree in Business Administration from Husson College. She may be reached at MIrish@bnncpa.com.