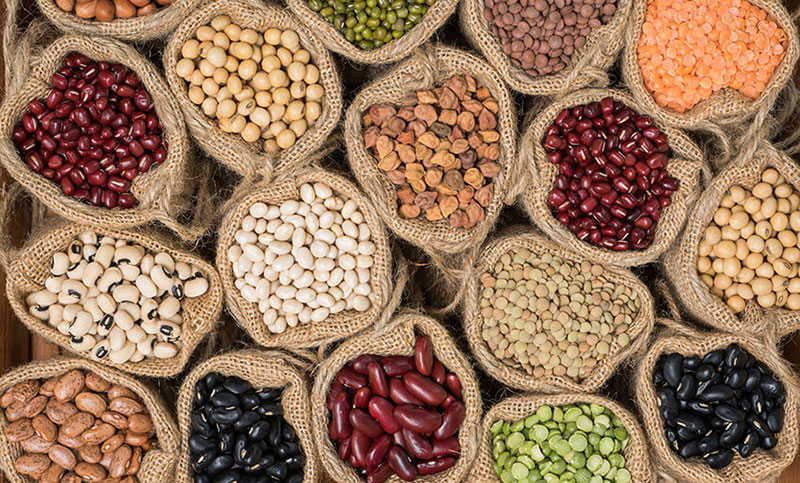 In Brazil, there’s a popular expression, “feijão com arroz” (beans with rice), that’s used to describe something that’s extremely common or routine. The saying says a lot about the cultural and culinary importance of the robust culinary combo that is so basic and beloved that it’s a national icon. While cultivation and consumption of this nutrient-packed duo dates back to Brazil’s colonial origins, even in contemporary times, it’s rare the Brazilian home or restaurant that won’t serve rice and beans, side by steaming side, at meal time. Viewed the longevity and popularity of this marriage of two staples, it’s hardly surprising that when two entrepreneurs from Campinas, São Paulo – one with a background in beans, the other rice – decided to join creative and commercial forces, they would hit upon a recipe for success.

Initially, when the two partners established Cereais Corcovado, in 1980, they decided to focus first on commercializing top-quality beans that would distinguish them from run-of-themill competitors.

Over the next decade, the Campinas-based business succeeded in dominating the local bean market. In 1992, as it looked at expanding its reach and solidifying its identity, the company changed its name to Broto Legal. Inspired by a 1960 hit pop song whose catchy slang title, “Broto Legal” (loosely translated to “Cool Guy/Girl”) punned nicely with its literal meaning (“broto” is Portuguese for sprout), Broto Legal also became one of the company’s main brands, alongside Grão do Campo, Serra Azul, and Báltico. Over the next decade, its quality assured by high-tech automatic sorting equipment at its 9,000-square-meter (97,000-square-foot) facility in Campinas, Broto Legal gained popularity throughout the state of São Paulo, becoming the top selling brand of beans in much of the state outside the capital, while expanding into surrounding states including Minas Gerais and Paraná. In 2001, having successfully consolidated its name, the company proudly returned to its origins by launching Broto Legal rice, after investing in a 38,800 square-meter (409,000-square-foot) rice processing and packaging plant in Porto Ferreira, São Paulo. Using premium grains produced by rigorously selected producers, the company quickly conquered the market for consumers in search of high-quality white and whole-grain rice.

With its main duet firmly established in the marketplace, between 2001 and 2010, Broto Legal focused on diversifying its portfolio, adding new brands and products such as olive oil. More recently, in 2015, the company was the first in the Brazilian marketplace to introduce a line of canned tuna fish innovatively packed in health-promoting sunflower oil. And in 2018, it launched ready-made farofa, seasoned cassava flour that for many Brazilians is a much-loved staple, most popularly used as a crunchy accompaniment to cooked beans and rice. Although the new products have been embraced by the marketplace, the vast majority of company revenues are currently derived from the sale of rice and beans, 65 percent and 35 percent, respectively.

Despite almost four decades of sustained, organic growth, the biggest milestone in the company’s history was the recent purchase of the company in March of 2018 by Cinel Alimentos. Cinel is owned by Washington Umberto Cinel, a producer of rice, sugar cane and cattle as well as noted entrepreneur, owner of Gocil Secruity. Broto Legal had decided to go private in May of 2017 in an attempt to professionalize the family-owned company. Broto Legal’s CEO, Lázaro Moreto – a former partner in the company until the mid-1990s – was invited to stay on at the reins and oversee Broto Legal’s transition from a seller of commodities to a fullfledged food company.

With this goal in mind, the company has already invested R$40 million (roughly US$10.5 million) in a new rice processing plant in Uruguaiana (which opened in September of 2018), located in the southern state of Rio Grande do Sul, where Cinel owns farms. With an initial processing capacity of 4,000-5,000 tons of rice per month (eventually reaching a full capacity of 7,200 tons), the new unit will add significantly to the current monthly output of 16,000 tons at Broto Legal’s Porto Ferreira plant. Between his properties in Rio Grande do Sul and neighboring Paraguay, where Cinel is a part owner of Vila Oliva, that country’s largest rice producer, Cinel has 20,000 hectares (roughly 50,000 acres) of irrigated rice fields along with storage silos. Since Broto Legal already annually imports between 20,000 and 30,000 tons of rice from Paraguay, the potential synergies are promising. The company also expects the Uruguaiana unit to facilitate access to the marketplace of Brazil’s South while increasing distribution throughout the South- East states of Rio de Janeiro, São Paulo and Minas Gerais.

In addition to expanding its infrastructure, there are plans to invest another R$40 million (roughly US$10.5 million) over the next two years in improving processes and increasing production at Broto Legal’s preexisting plants in Campinas and Porto Ferreira. There are also plans to open a distribution center in another Brazilian state whose strategic location will favor the company’s expansion throughout Brazil. As it is, the proximity of the Uruguaiana facilities to the Port of Rio Grande favors the company making inroads into the largely untapped states of Brazil’s North and Northeast regions and, eventually, overseas.

In order to take on the rest of Brazil, and eventually the world, Broto Legal plans to do more than merely ramp up its output. Since its inception, the company has set itself apart in a crowded marketplace by creating premium products that focus less on price point and more on added value. For this reason, aside from selling traditional parboiled and white rices, the company is preparing to launch black, red, arborio, cateto and other types of rice that can compete in growing health and gourmet segments. Such niche products aren’t expected to garner large sales volumes. However, Broto Legal is encouraged by the fact that the high added value of existing lines of whole-grain and Japanese varieties of rice already account for up to 10 percent of its total rice revenues. “Until now we’ve sold various types of rice in vacuum- packed boxes, but we’ve always outsourced all of our rice and we really want to produce our own products,” says Moreto. “With the rice fields in Rio Grande do Sul, we’ve already planted our first seeds and will have our first harvest in 2019.”

Control over its products is another major distinguishing factor that sets the company apart from the pack. Broto Legal is particularly proud of the fact that it’s currently the only company in its segment that possesses certification that no pesticides are used in the cultivation of its products. “It certainly means extra work, since all of the grains we receive have to be rigorously analyzed by the renowned Adolfo Lutz Biological Institute (accredited as a National Laboratory of Public Heath),” admits Moreto. “However, in compensation we can claim to have a quality product with greater value in the domestic market.”

Recently, like other players in its segment, Broto Legal has struggled as the domestic market has experienced falling prices of both rice and beans, a situation that has had an impact on its bottom line. “Although this year we’re going to see a double-digit increase in terms of market share, our financial results won’t reflect this growth,” admits Moreto. “Revenues depend much more on distribution and market factors than on the industry itself.”

Despite such setbacks, growth in revenues has been positive. Between 2017 and 2018, Broto Legal’s revenues increased from R$500 million to R$700 million (roughly US$132 million to US$185 million). Looking ahead, if all goes according to its many new plans, the company predicts that by 2023 earnings will hover around R$2billion. Indeed, despite low grain prices, an unfavorable exchange rate based on the high value of the U.S. dollar, and the constant unpredictability of climactic conditions that can affect harvests, Moreto is optimistic about the future. “One thing we can be sure of is that Brazilians are always going to consume our products. Even if the cooking methods, forms of packaging and recipes change, Brazilians are never, ever going to stop eating rice and beans.”