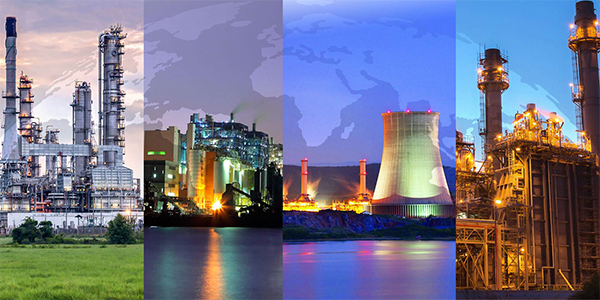 Just two years ago, it looked like it would be a miracle if Babcock Power survived. Its longtime parent company in Germany had been wracked by scandal and forced to declare bankruptcy. While the American unit – now dubbed Babcock Power Inc. – struggled to secure suitable financial instruments, the industry-leading firm for boilers and other power plant related technology had to pass up on some $200 million in potential orders.

Then there was the challenge of convincing both bankers and potential customers that it was neither Babcock Borsig AG, the German parent it broke free from in 2002, nor Babcock & Wilcox, a historic boiler engineering company with a long history in North America and the rest of the world. Yet in a short period of time, Babcock Power, which comprises seven different operating units, was not only able to reorganize and get back on its feet, but also to re-establish itself as a leading competitor as the North American power industry retooled after years of neglect. “The people in this company have the ability to see a project all the way through, from selling it, to engineering it, to managing it, to delivering it, and in many cases, installing it,” said Jon Koenig, the Senior Vice President of Sales and Marketing for the Massachusetts-based company.

19th century roots
Koenig said that the rapid changes in the industry, which include a greater reliance on coal as natural gas prices soar, a stepped-up need for maintenance of the large number of combined-cycle gas plants that came on line in the 1990s, and the need to maintain and update the existing coal fired fleet, have meant major new opportunities for Babcock Power Inc.

The roots of the company actually run very deep, all the way to the same George Babcock who was the co-founder of Babcock and Wilcox. Eleven years after Stephen Wilcox patented a water tube boiler in 1856, he and friend Babcock established a partnership – Babcock, Wilcox and Company – to manufacture and market these water tube steam boilers. The company grew rapidly with the rise of manufacturing and transportation after the Civil War.

Over the years, that original company established a number of foreign subsidiaries, including one in Germany. The German subsidiary eventually broke completely free from the parent and eventually came to be named Babcock Borsig AG. It grew to become a $6 billion global power and engineering conglomerate, until it ran into management and financial troubles and went bankrupt in 2002.

By then, Babcock Borsig had established a foothold in North America, thanks to the firm’s purchase of Riley Power Inc. in 1990. Riley had been designing and manufacturing fuel-firing equipment, steam generators, and environmental equipment for all types of fossil fired and waste fuel fired plants since 1913.

Luckily, the North American business units of Babcock had established themselves as separate entities from the German parent, with a separate cash flow. Nevertheless, when the parent went belly up on July 4, 2002, Koenig said there were some anxious moments until a new buyer was found.

On the rebound
That buyer was a private investment firm called the Hudson Investment Group, or HIG, which purchased a 60-percent stake in the company for an undisclosed amount. Babcock Power executives bought much of the rest of the company. Koenig laughed as he recalls the reaction the company received at industry trade shows earlier this year. “We had significantly grown our assets and cleaned up our balance sheet,” he said. ” These industry executives were surprised to see us come back because they thought we weren’t going to make it. We proved to them that we are here to stay in a big way.” The company did have to cut some staff because of the lost orders, but Koenig said employment has rebounded and is now up to about 1,100. Because of its diverse mix of units, Babcock Power operates offices throughout the United States, including Worcester, Mass; Los Angeles, Louisville, Royersford, Pa., and Lyman, S.C., as well as manufacturing plants in Sapulpa, Okla., Joplin, Mo.; Erie, Pa., and Lyman.

Koenig said that one major change that’s been made since the new ownership is to more effectively integrate and distribute nationwide its sales and service staff, so that regional salesmen are well acquainted with each unit of the company in order to meet the goal of seeing complicated engineering jobs from the blueprint to installation. In fact, service is increasingly becoming a large part of the company’s growth. Because of the rising costs in other energy sectors, utilities are increasingly looking toward coal as their primary energy source, which already supplies over half the electricity in the United States. Babcock Power already has a good portion of the maintenance market for coal plants, and executives are hopeful that it will grow substantially. Coal plants have parts that wear out and corrode more frequently than other types of power plants, and with their increasing age, this figures to be a lucrative market. And proposed new environmental regulations could mean even more work for Babcock Power’s environmental unit.

Koenig said there’s a growing need for maintenance at gas-fired plants as well, because many plants that operated at full load when natural gas was inexpensive in the 1990s are now cycling, which means they only run during peak demand periods. “Cycling causes all kinds of issues, like fatigue, because the metal doesn’t like to be constantly heated and cooled,” he said.

Babcock Power is also introducing a number of new products aimed at capitalizing on its wide range of expertise. Because the company did significant work on so-called “trash-to-steam” plants, Koenig said, engineers mastered a 360-degree weld overlay that is now also being installed in coal plants.

The company is even now helping to generate power in war-torn Iraq. Its Boiler Tube of America subsidiary recently received an order from the U. S. government for replacement pressure parts on existing boilers in Iraq. This was the fourth order BTA received in just three months for pressure parts for Iraq. The unit will be furnishing super-heater elements, re-heater elements, and membrane-type waterwall panels for use in the reconstruction of various existing power boilers in Iraq.

The work is a small part of what’s been done to help Iraq bounce back from several decades of warfare and repressive rule. But then, Babcock Power knows something about bouncing back.