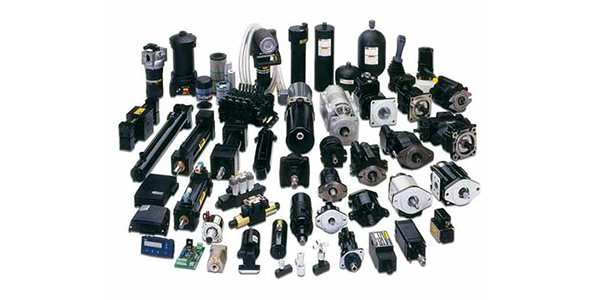 The vagaries of today’s uncertain business climate cause no angst for Commercial Intertech Corp. of Youngstown, Ohio. The company’s product and market diversity and geographic coverage each combine and complement uniquely to buffet any slumps, slow-starts, or downward trends. “We are not overly dependent on any one market segment or any one customer within a particular industry,” says Paul J. Powers, chairman, president and CEO. “Our diversity of geographic markets helps to insulate us from the impact of fluctuating regional economics.”

The company’s 1998 year-end revenues of $576,449,000 bear testimony to its remarkable leadership in hydraulic systems, metal products and pre-engineered building systems. Not bad for a company with humble beginnings in the Roaring 20s as a steel scrap reprocessing business in Youngstown. When the fledgling business was in need of capital, it was purchased by five area businessmen with broad experience in the steel industry. Over the next seven decades, the company continued building upon its knowledge, expertise and experience, moving into the hydraulics and pre-engineered building systems industries while continuing to lead and innovate in the stamped steel industry.

By the 1940s, Commercial Intertech enjoyed a thriving business in its metal stampings group and its hydraulic systems product line. During the 1950s, the company supplied an increased need for the development of under- ground supports for mining, water tunnels and transportation tunnels. Commercial Intertech’s steel supports hundreds of our nation’s more traversed tunnels, including the Sumner Tunnel in Boston; BART in San Francisco, Calif., the WMTA in Washington D.C., and the Eisenhower Tunnel in Loveland Pass, Colo. The company sold its tunnel division during the early 1970s.

As so many successful American companies grew into international entities, Commercial Intertech found that many of its customers were asking the company to open facilities in Europe to expedite overseas needs. “As our customers grew globally, we did, too,” explains Jim Cartwright, manager of corporate communication. “We opened our first overseas facilities in the United Kingdom and in Luxembourg in the early 1960s.”

“We might not think about it a whole lot, but the undeniable fact is that we live in a world which relies heavily on hydraulics,” Cartwright says. “Just about everything we use or need on a daily basis, and take for granted, provides us with what we need through the fluid power produced by hydraulic pumps, motors, valves and cylinders. The highways we drive on every day were built with the help of hydraulically powered equipment moving loads of bulk materials. The office buildings we work in were constructed using hydraulic construction equipment. Even the trash we create in our homes needs to be removed using trucks equipped with hydraulic compactors. Our children’s toys were once warehoused on skids, where hydraulic material handling equipment helped load them onto trucks to be delivered to eager children worldwide. Even the food we eat every day is connected to our reliance on hydraulics used in farming equipment.”

Necessity is the Mother of Invention

But hydraulic systems are only a part of the Commercial Intertech story. Serendipity helped chart another course for the company, which established a European subsidiary to manufacture pre-engineered building systems. This new subsidiary was born as the result of the company’s having won the contract to manufacture tunnel supports for the Mangla Hydroelectric Dam in Pakistan. Needing a facility to accommodate the equipment for this job, the company chose a pre-engineered steel building, and eventually became a license of its manufacturer. Recognizing that the potential European market for these custom-engineered steel buildings was increasing rapidly, the company decided to start its own company, and Astron Building Systems was born in Luxembourg.

“We are the largest manufacturer of pre-engineered steel buildings in Europe with a market share nearly twice that of our nearest competitor,” says Cartwright. That share equates to 20,000 Astron buildings in Europe, representing millions of square feet of building space for an impressive list of customers recognized names such as DuPont, Coca Cola, Goodyear and others.

Astron’s recent $12 million expansion in the Czech Republic is the second major expansion there in the last three years. This expansion will increase European manufacturing capacity by nearly 35 percent and will continue to enhance the company’s dominant market position particularly in the expanding Eastern European marketplace for steel buildings.

Astron buildings are constructed using standard modules incorporating steel trusses, corrugated and color-coated wall systems and standing seam roof panels. A broad range of custom architectural details for facades, entrances and windows are also available. Astron buildings are used as warehouses, manufacturing centers and commercial buildings of all sorts including automobile dealerships and sports halls. One of the largest Astron structures is a bulk paper warehouse and distribution center in Germany with an interior volume of over two million cubic feet. The building stores and distributes huge rolls of paper for printers and other businesses throughout Europe.

The company markets its products through direct sales to OEMs and an international organization of 250 distributor outlets. “Our unique diversity of geographic and product markets, with operations in many countries, makes us stronger as a company,” explains Cartwright. “If, for instance, sales for one product in the U.S. are depressed, sales of that product, or another, overseas could very well be up. So we have a unique mix of product and geographic presence, or balanced diversity.”

The hydraulic systems group contributed 58 percent of the company’s 1998 operating income. This segment of the company’s business has enjoyed a remarkable growth since 1997, when its record operating income was 36 percent higher than the level achieved in 1996. Growth continued, establishing new records when, in 1998, this segment exceeded 1997’s record income by more than 19 percent. This impressive growth is attributed to several factors, including recognized market leadership positions enjoyed by many of the company’s hydraulic product lines. The company’s responsiveness to specific technological requirements, excellent product quality, and the dedicated workforce of some 4,000 talented employees worldwide each contributes to the success of the continued growth of the company.

Operating income for the building systems and metal products group has grown 7 percent and 9 percent over the last two years, during which operating income increased to $23 million.

For several years, many of the company’s major products have enjoyed “Number One” market share status. Commercial Intertech is the world leader in gear pumps, and is the largest non-captive manufacturer of telescopic cylinders. The company is also a respected competitor in controls. Astron is the premier European manufacturer of custom-engineered metal structures in Europe, with a market share double that of the combined share of its two major competitors.

For the future, the company continues to build on its engineering strength in its hydraulic systems product group. Commercial Intertech produces all of the hydraulic components for most fluid power systems giving the company full-range capabilities to develop complete hydraulic systems. Commercial also has had success applying electronic controls to these systems to improve the efficiency, accuracy and ease of operation of the machines they power.