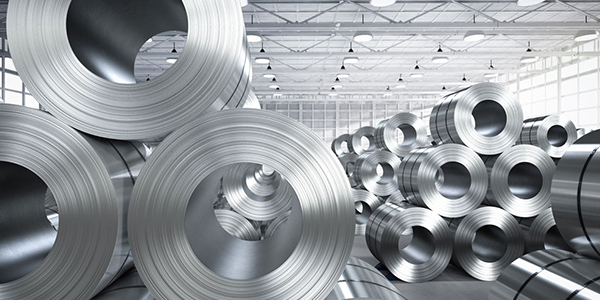 The movie “Field of Dreams” popularized the phrase: “If you build it, they will come.” David Hirschfeld was operating his family’s steel fabrication business long before Kevin Costner’s character constructed his ephemeral baseball field yet Hirschfeld’s vision, on the field of the Hirschfeld Steel manufacturing site in Texas, took a similar, more permanent bent. It went like this: If you at least say you can build it, they will come. And this is how Hirschfeld propelled the steel business founded by his father from a regional enterprise to a worldwide concern: Promise you can built it, even if you don’t have the capabilities in place. And trust in that commitment.

“In early the 1980s,” recalls Senior Vice President Kendall Hirschfeld, David’s son, “the company hit the big time with the first large project in Dallas.” The Infomart, a market center for technology, was a large project for its time, and when the company sold it, “it didn’t have a crane or saw to cut the beams. My father sold the job then found a way to do it. That’s how we started with big jobs.”

“We did the same thing to get into the highway girder/bridge market in the early 1980s,” he adds. “For our first bridge project we didn’t have the equipment to weld girders together. But we took a leap of faith and actually built a brand new facility to handle the project.” This highway/heavy bridge girder shop is credited with building many highway superstructures not only in Texas but also in Louisiana.

Now, from its simple beginnings as a weld-services supplier for the local community, Hirschfeld Steel Company (HSC) is taking on even bigger fields of dreams that not only include stadiums and arenas, but commercial and industrial programs. HSC can supply and erect fabricated structural and miscellaneous steel for any project, worldwide. These projects include bridges, industrial and petrochemical plants, office buildings, commercial structures, power plants, airports, roller-coasters, hospitals, banks, highways, mass transit structures, parking facilities, auditoriums, high rise buildings, stadiums, and even residential buildings.

The company has supplied steel for some of the biggest projects in the country, including 15,000 tons of steel for Reliant Stadium in Houston Texas, a NFL stadium that holds the annual Houston Livestock and Rodeo, one of the largest rodeos in the country. For construction of the George R. Brown Convention Center in Houston, the steel – imported from China – came in pieces so large, traffic lights and trees in downtown Houston had to be moved to get the steel from the Port of Houston out to the highway. “On the Houston project, 50 to 60 percent of the steel was fabricated from overseas, through our partner in China. We managed the project and sub-contracted out the fabrication part. Some steel parts were as large as 50-foot-wide.” Because of the delicate maneuverability necessary through the downtown, he adds, “They would only let us move the steel on Sunday.”

The company also supplied the steel – 12,000 tons – for the refurbishment of Soldier Field, home of the Chicago Bears as well as for the people-mover guideways at Dallas/Fort Worth (DFW) Airport. In addition, HSC has become nuclear-qualified. “In this country there are few nuclear-qualified steel fabricators,” relates Hirschfeld. “There’s a minute level of detail and quality – everything has to be maintained to the ‘nth’ degree.” Because of this capability, Hirschfeld Steel has been able to garner work on programs such as the Hanford nuclear site in Hanford, Wash.

Clever fielding
This Goliath of steel fabrication – embracing five companies – was begun in 1946 by L.W. Hirschfeld, a welder who had lived through tough economic times. So the story goes, while working on the ESSO pipeline, he was apparently so happy to receive a paycheck that he allowed his name to be misspelled “field.” (For years, up until the 1970s, the company’s name read Hirschfield Steel until family members finally noticed the additional “i.”) Hirschfeld eventually opened a welding and tool repair shop; its initial focus was sharpening bits and water-well drillers for West Texas ranchers.

In 1962, after graduating from Texas Tech with a bachelor’s degree in civil engineering, David Hirschfeld joined his father in business bringing with him a vision of making the company one of the largest and most diversified steel fabricators in the United States. The company had only five employees and annual sales of less than $50,000 but expansion was soon to come. In 1969 the company became incorporated. The oil boom of the 1970’s opened the door for diversification within Hirschfeld operations and services, and over time several small acquisitions were made. (In May of 2002, David Hirschfeld retired, whereupon his brother, Dennis, took the helm as president.)

All Hirschfeld plants are certified by the American Institute of Steel Construction (AISC) to produce fabricated structural steel for conventional and complex steel structures and simple and major steel bridges, with fracture critical and sophisticated paint endorsements (formerly known as “Category III FC”). To grow its operation, HSC launched upon acquisitions as well as internal growth strategies in the last two decades; its family of companies now is known as The Hirschfeld Group. These include:
• Consteel Technical Services Ltd., Saltburn, England, an acquisition that provided expert services in the area of detailing
and engineering.
• Carolina Steel Corporation, one of the largest bridge fabricators in the country. Headquartered in Greensboro, N.C., Carolina Steel works in conjunction with Hirschfeld providing steel fabrication, processing and distribution.
• Hirschfeld expanded by developing Hirschfeld Transportation Company to provide transportation of all sorts of materials throughout the United States for itself and as a service for hire.
• Hirschfeld Steel & Supply Co. was created to cater to the general public and small businesses with a full line of metal buildings, components, and roll forming, shearing and breaking capabilities.

Says Hirschfeld, the company has grown an expanded global customer base, with projects supplied in areas such as Trinidad and Tobago, South America, Venezuela, Chile, Columbia and Russia. “We continue on my grandfather’s work ethic to treat people with respect,” he adds. “Whether they’re a thousand miles a way or in the next town, we treat them like they’re our neighbors.”

Advanced materials handling, splicing, burning, and welding equipment is used to fabricate all types of bridge girders, including straight and inclined web-box girders for fracture critical and non-fracture critical requirements. Railroad girders comply with all applicable AREA specifications. HSC meets and exceeds Federal Highway Administration and Department of Transportation requirements for highway and railroad bridges. Designs comply with all AASHTO standards, and criteria for welds are matched to state DOT or AWS D1.5 requirements.

When fabrication is complete, shot-blasting cabinets prepare the steel to receive coatings under strict quality control procedures in environmentally controlled paint bays. All galvanizing is performed in pre-approved facilities.Quality control, emphasis on value engineering, and on-schedule deliveries are three commitments that are top priorities. This is why HSC uses state-of-the-art systems to track and evaluate each piece of steel as it passes through its plants and to the customer’s job site. HSC also has made fast turn-around possible, even on difficult jobs, with the integration of CAD/CAM systems into its production facilities.

Striving for excellence
In typical neighborly fashion, HSC delivers courtesy and the highest level of product whether it is supplying a project in Texas or Russia. Part of the company’s mission statement reads: “In order for Hirschfeld to maintain our positions as one of the nation’s premier structural steel fabricators, it is essential that we consistently meet or exceed our customers specifications and expectations. We fabricate structural steel products in accordance with contract documents to the highest quality in a timely manner.”

At HSC, Hirschfeld adds, the motives behind being in business are centered on steel fabrication as equally as they are on delivering the highest level of customer service. “It goes deeper than delivering steel on time,” he says. “It means we also deliver a range of value-added services.”