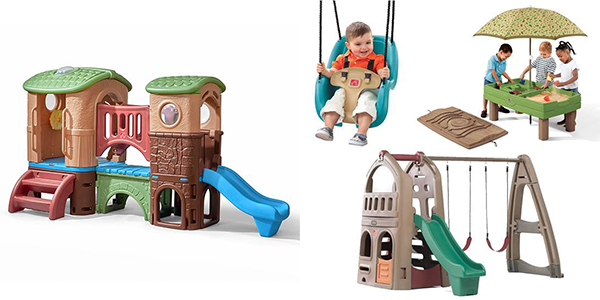 What is bright yellow, has four shiny black tires, toggle-switch gear selectors, an electronic horn that plays songs, and a motor that runs on two 6-volt batteries? It’s the BumbleBee™, The Step2 Company’s newest toy and a smash hit (no pun intended) at the industry toy show recently held in Manhattan. What is 50 inches high, designed with a gracious pedestal, has double-wall construction and a compartment to hold the daily paper, and is a favorite of the postal service? It’s the MailMaster™ Classic Plus, one of a new series of mailboxes from Step2.

Those products are just a sampling of the line manufactured and marketed by the privately owned plastics company, which had sales of $100 million in 1999. The dual line – home and garden and toys – contains more than 100 products in six categories:
• Lawn and garden products
• Mailboxes
• Riding toys
• Playground equipment
• Children’s furniture
• Pools and sandboxes

The second largest rotational molder in the world, The Step2 Company markets to select toy, home and garden, and mass-merchandise retailers throughout the United States, Canada and more than 70 countries around the globe.

Founded in 1991 by Thomas G. Murdough, Jr., the company began with five employees and a starting lineup of garden products. Today, Step2 has more than 1,000 full-time employees and a research and development program that produces between 25 and 30 new products every year. A success rate of 70 to 80 percent with those products more than covers the approximately $5 million spent annually on new tooling and equipment to produce them.

Founded with a Philosophy
There is no way to describe The Step2 Company or its success without discussing the business philosophy of Thomas G. Murdough, Jr., the founder. Murdough believes in a pledge of quality, value and service backed by a commitment to customer satisfaction – and he has been making that philosophy work for more than 30 years.

Back in 1968, as vice president of marketing for the Wonder Products division of Wilson Sporting Goods Company, Murdough increased business by finding a way to keep manufacturing equipment working during off-peak seasons. Then, in 1970, he founded The Little Tikes Company with the goal of producing plastic toys that were larger, more colorful, of higher quality than other toys and competitively priced. Murdough not only met that objective, he also changed the way toys were sold by becoming a year-round marketer of indoor and outdoor toys. By the time he separated from the company in 1989 after selling it to Rubbermaid, annual sales were more than $270 million.

Not one for retirement, Murdough founded The Step2 Company with a determination to “go a step beyond what’s been done before” in the plastics industry. To that end, the entrepreneurial president and CEO of the new enterprise decided to make his the best in the business by making a quality commitment to the company’s consumers, customers, and employees. That pledge includes providing unparalleled value — a promise that is backed up with the company’s toll-free service number molded into every product.

Murdough’s commitment to the company’s employees is just as strong, and full-time workers benefit from stock appreciation and profit sharing plans as Step2 prospers. Murdough states, “Every business has its own unique aspect. Our purpose is to go the step beyond. And I don’t think we would be in this business if we didn’t believe in it and didn’t have loyal employees who believe in it.”

A Unique Merchandising and Advertising Policy
When it comes to marketing and advertising, The Step2 Company’s policies reflect Murdough’s ideas about service to both the consumers – the ultimate purchasers – and the customers — the stores that sell Step2 products.

In practice, the company has a minimum advertising program (MAP) that requires retailers to maintain a certain price for its products – never advertising them as loss leaders that would cut the profit margin so significantly that even mass retailers would not make enough money to justify carrying the products. Citing the high costs of freight, warehousing, transport to stores and displaying the bulky plastic products, Murdough explains, “If we didn’t have the minimum advertising program, these costs would destroy some of our customers – mostly the smaller accounts.”

A concern for smaller
businesses is central to Murdough’s marketing policies, even though Step2’s customers include such retailing giants as Ace, Ames, The Home Depot, Meijer, Sears, Toys “R” Us, True Star Value and Wal-Mart. He is not hesitant about voicing his loyalty to the small and midsize stores, and a staff of specialists at Step2 is dedicated to providing these retailers with priority treatment for marketing and new products.

Looking to the Future
While Murdough does not comment on specific products in the development pipeline, he remarks, “The challenge is in the children’s market. Video games and electronic toys now take up one-third of the industry dollar. This happened in the past three or four years. We’re meeting this challenge with a new line of video storage accessory items.” As for the direction of the company, he says that diversification will be a major issue, stating, “In every year in the beginning of this new millennium, there will be a new plant or a new licensee.”

Murdough’s final comment on the company’s future has the ring of an entrepreneur who has built two businesses: “There is no getting around change. You have to play to the market. Most of our R&D people are under age 40. And that’s good, because we have to think about what that market needs. That’s the future.” 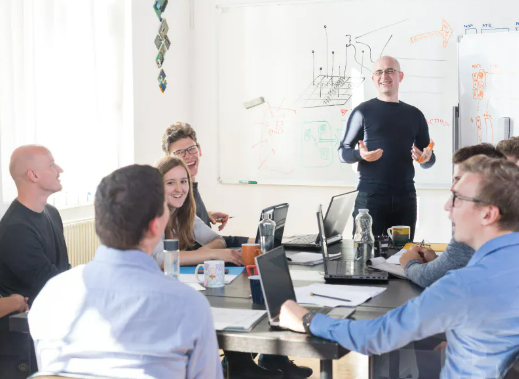