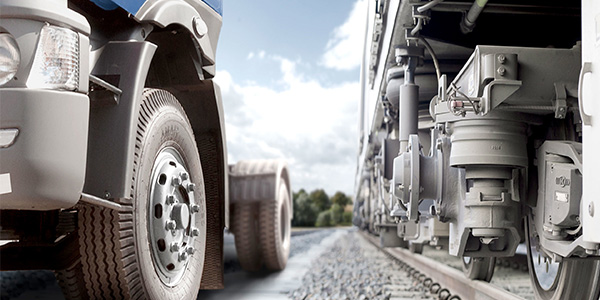 With more than 100 years of experience, German group Knorr-Bremse is the worldwide leader in the manufacture of brakes for railway and commercial road vehicles. Present in 27 countries the group generated $5.2 billion in 2012 and invested a total $217 million.

Knorr-Bremse began operations in Brazil in 1977 and this year takes one of the biggest steps since its inauguration by opening a new factory in response to regional market growth. The company has quadrupled in size in the last ten years and the new developments promise even higher productivity.

On the Right Track

“Our production capacity has increased by 40 percent, and we have more space available in new industrial park for extension, which would increase the plant size by a further 30 percent,” says Oliver Erxleben, President of Knorr-Bremse for Brazil and Latin America.

The investments in Brazil are also part of focus on production processes and procedures which increase the speed of service – reducing the delivery times. “In the new facility, our processes were restructured and some functions internalized to give greater production flexibility, quality and efficiency of customer service,” Erxleben continues. The worldwide budget of $325 million (€250 million) for infrastructure is planned over a four-year period – 2011 to 2014.

Local market development and new technology such as disc brakes for trucks, as well as the recent introduction of Anti-lock Braking Systems (ABS) were decisive in the company’s constant growth. Knorr-Bremse is currently the only company in the Brazilian market to offer complete systems for pneumatic brakes and ABS applications. It supplies all national railroads, metropolitan transport systems (passengers and cargo), bus and truck manufacturers and the agricultural industry.

With a 70 percent market share for passenger and goods trains and urban public transport such as subway systems and buses, Knorr-Bremse has increased its product portfolio to include door mechanisms and air conditioning for passenger trains.

The Brazilian federal government’s plan to expand its limited rail network; a logistics project that aims to improve access and transport of crops is an important catalyst in Knorr-Bremse’s growth and has created a significant impact on equipment demand.

After 36 years of production in Brazil from its factory in Santo Amaro, São Paulo capital, Knorr-Bremse moved to Itupeva due to lack of space. “By 2006 we had occupied the whole site and initiated the move. The new factory was completed in December 2012 and was fully operational by February 2013. On April 17th we officially opened the plant – probably the most important event since our foundation,” relays Câmera.

Knorr-Bremse’s history in Brazil is also punctuated by the introduction of disc brakes for commercial vehicles in 2005/2006 – being the first company in Latin America to manufacture the systems.

Products follow international and market tendencies. “We stay abreast of European and US developments and adapt or adjust them to Brazil – all in one factory,” Câmera says.

Processes are divided into three groups, developed by Knorr-Bremse to assure engineering quality. Câmera explains that the sector allows little space for patented products, but organization of development and technology creates a difference.

The first of the groups is Assembly, which includes 48 families of road vehicle products.

The second is the tooling division. “Tooling has a direct influence on our core business and the best technology is a priority,” Câmera affirms. Knorr-Bremse maintains the best available machinery in vertical and horizontal tooling and high-speed lathes and cutters. “The average age of our machinery is eight years. We are always renewing and updating our production line,” he continues. The considerable investment in technology for the new factory supports the know-how and quality control that Knorr-Bremse emulates.

Logistics and systems are the focus of the third group. Incorporating management of the factory, stock and production, this division follows incentives issued by the company headquarters in Germany and has recently received over $4 million of investments in software and equipment. “Each division is fully automated with the full support of our European head office – Knorr-Bremse is a clear market leader,” Câmera says.

Knorr-Bremse Brazil and Latin America employs 800 staff, 40 percent come from Itupeva, making the factory an important part of the local community. Already a substantial investment, Câmera explains the company has “plans to invest a further $5 to $6 million in new products, new business and market opportunities – including tooling, assembly and sales strategy.”

New projects (particularly for rail and road) are carried out in conjunction with vehicle manufacturers. Knorr-Bremse advises clients. “We call adaptation of products ‘tropicalization’ – what is used in one region often has to be adapted to legislation and requirements in another. In Brazil we attend local demand with the support of Knorr-Bremse worldwide,” Câmera says.

Brazil is responsible for around 4 to 5 percent of Knorr-Bremse’s global revenue. The Itupeva factory also exports 10 percent of production to Latin America. “We believe in Brazil’s growing international presence – especially due to its economic development in comparison to Europe,” Câmera justifies.

The group reports annual revenue of $200 million and anticipates annual growth rising from 5 to 8 percent in the coming years.

“Our main challenge in Brazil is the constant rise in production costs. To maintain competitiveness we import some parts from “low-cost” countries. Today, 30 percent of revenue is derived from the rail sector and 70 percent from road transport,” Erxleben emphasizes.

Moving forward, what can the market expect from Knorr-Bremse in Brazil? Câmera reiterates the increased productivity of the plant and the implied growth. The group however, also plans to develop even stronger partnerships with clients and suppliers to increase knowledge and understanding of South American technology and industry.

In a constant state of evolution, Knorr-Bremse has re-affirmed its stronghold in Brazil and is rolling out an intensive investment plan to benefit local infrastructure and mobility and tap the Latin American markets.