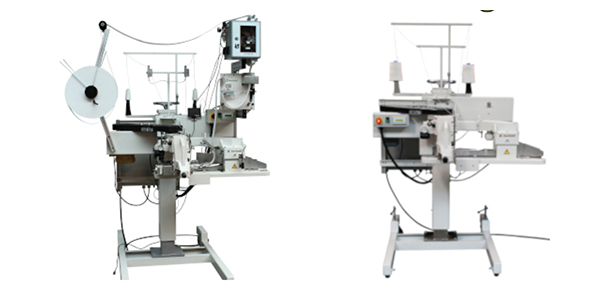 Each and every morning, we dress ourselves with clothing made on its sewing machines. From our undergarments to our socks to our blue jeans and t-shirts to our gloves to our active wear to our outerwear protecting us from inclement chills — these garments have all been superbly stitched using industrial sewing machines manufactured by Union Special Machine Company of Huntley, Ill. Even the bags of food for our dogs have been sewn by the company’s machines. In fact, our grandparents and great-grandparents wore garments sewn by their machines — and working on their farms, they most probably used feed bags sewn by Union Special machines because the company has been in business for more than 120 years.

In today’s rocky economic landscape, it’s considered a remarkable feat to have a successful business for more than 25 years. Very few companies today can boast operating through three calendar centuries. Started in Chicago as Union Bag Company in 1881 by the North family, the company first began manufacturing bag-sewing machines for such commodities as potatoes and animal feed. In the early 1900s, the company ventured into the apparel market and was soon producing a full line of sewing machines for the packaging and apparel industries.

Union Special is respected throughout the world and manufactures the sewing equipment used by many of the world’s top apparel companies. It also has a significant share of business producing bag-closing and seaming-sewing machines used with bags made from paper, burlap and woven poly. Its manufacturing facility, located in Huntley for more than 50 years, occupies a half-million square feet.

The Union Is Special
Staying in business more than 120 years is no easy feat – you have to excel at what you do in order to succeed for so long. You might say that the “union” is “special” between the company and its customers. Union Special understands exactly what its customers’ requirements are because it knows its customers’ operations simply by good listening. “We work closely with our customers to know their needs and understand what solutions they desire. Then we assist them with individualized solutions to optimize their production,” says Lance T. Lamb, the company’s president.

A specialty manufacturer in this regard, Union Special tweaks its equipment design here and there to provide customers with specially designed machines. Or, the company will provide automated systems designed to “deskill” sewing equipment to make the machines easier to operate while keeping sewing quality at the highest level. “The skill of your operators is so important to the quality of the products you are manufacturing,” Lamb explains. In offshore apparel manufacturing plants, where turnover is very high and costly training is ongoing, deskilled features built into Union Special’s sewing equipment are a lot easier on customers’ bottom lines.

Union Special’s two feed-off-the-arm sewing machines have been industry benchmarks for generations. These machines are designed with an elongated arm or cylinder for easy flexibility when sewing cylindrical work. The Union Special 35800 is the industry standard for sewing blue jeans. “We are a market leader in the production of machines for this application,” notes Lamb. This is no wimpy machine; it bravely glides over as many as 16 plies of denim. Any seamstress knows the power of that feat.

The other feed-off-the-arm model is the Union Special 36200, used for sewing undergarments, sportswear, hosiery and swimsuits. This model has been known in the industry as the Flatseamer, since it sews a unique low-contour stitch that is key to the comfort and flexibility of body-hugging garments. “Both of these models could serve as examples of Union Special as a whole,” says Lamb. “They’ve been in existence for a long time and are being continually improved to make them even more productive.” Some new features enhancing these workhorse machines include improved tolerances for better stitch quality and less vibration, better balance design and improved lubrication.

Some of today’s harsh economic realities have hit Union Special in ways unimagined back in 1881. “Over the years, we lost touch with our end users and foreign competition has taken some of our market share in these areas,” says Lamb. “But we feel that the improvements and enhancements we’ve designed into our machines will help us gain back market share. We feel our machines are more durable, longer-lasting and of higher quality than others in the industry.”

In fact, Union Special machines built generations ago are still in production and have been running continuously since that time. “We have seen many examples of apparel machines running for 40 years with the same operator,” Lamb points out. “In some cases, the sewing machine is made into a lamp, which the company gives to the operator as a retirement present.”

Union Special is one of the last remaining industrial sewing machine companies in the country. Lamb says, “As the industry has changed, so has Union Special. We are a ‘Made in the USA’ company, using American-made steel throughout. We’re proud of that and of the fact that we have many ties to good, solid American customers. You may pay less for a competitive machine, but you will never find one that lasts as long as ours and that gives you as good a return on investment as a Union Special machine.”

In the Bag
Another Union Special workhorse model is the 80000 series of bag-making sewing machines and the 80800 bag-closing sewing machines. Its newest model is the Union Special BC100, which has been very successful in the European market. “It’s the first new machine for us in the bag-closing category for about 20 years,” says Lamb. The BC100’s key features are its very high speed of 2,800 revolutions per minute and its self-contained oiling system to keep the potential for oil contamination at a minimum.

The BC100 is just one example of how closely Union Special understands the intricacies of its customers’ businesses. Because these bag-closing machines work in areas such as flour mills or sugar mills, the environment is filled with particles of dust. “The advantage of having an internal oil system is that you don’t get any dust particles working themselves into the machine,” explains Lamb. The company expects this model to be as well received here in the United States as it is in Europe. This equipment is often installed into integrated automated conveyor systems for handling bags of bulk products, such as dog food — which, after being filled, travel to a bag-closing area where the sewing head sews and seals the bag shut.

The sister company to Union Special Machine Company, Juki Central Precision Manufacturing (JCP), manufactures the parts used to assemble the sewing equipment. These high-tolerance parts are cast, machined, turned, ground and heat-treated by JCP in the same facility as Union Special. JCP not only produces sewing-machine parts but is a high-quality contract parts manufacturer as well. For a number of years, the company has efficiently produced small to medium-sized precision mechanical components from start to finish, for a multitude of industries. JCP has a unique advantage over other contract manufacturing companies because it has the capability to perform all functions under one roof. JCP is actively looking to increase this portion of their business in 2002 and beyond.

Union Special anticipates a bright future, while acknowledging the realities of harsh competition. But the company has been around for a long time, surviving numerous challenges. Lamb says, “We intend to increase our market share in the bag industry as well as the feed-off-the-arm industry. Although we may have our work cut out for us overseas, we will continue to produce high-quality, dependable and long-lasting equipment that our customers can rely on.”