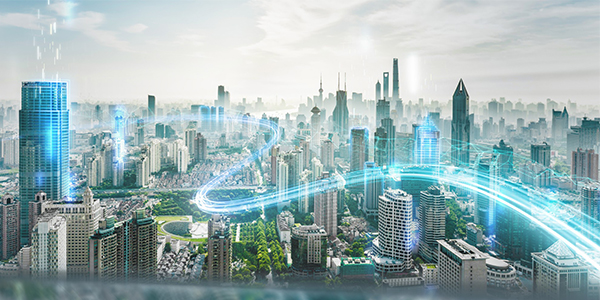 It’s a tough time to be a manufacturing company in the U.S., if you believe media reports, government surveys and the like. Headline after headline pose burning questions that keep executives of Fortune 100 companies up at night: How will U.S. industry continue to compete and succeed in a globalized economy in which the rules of the game seem to change daily? How can U.S. industry keep its leadership role when new competitors in low-cost yet technologically advancing countries are competing for the same set of customers? What happens to your value proposition when the supply chain is now global, digital and accessible with the click of a computer mouse? There is no doubt that globalization and technology are rewriting the rules of the game. The economies of China and India are catching up in the production of quality goods and services. The challenge to the U.S. and our competitive position in the global marketplace is a very real one. But first, let’s have a reality check on these headlines.

According to a World Bank report issued last year and reported in The New York Times on Sept. 8, the U.S. still ranks as the world’s number one manufacturing nation – accounting for nearly a quarter (23.8 percent) of the world’s output of finished, high-value added products. And despite more than two decades of ever increasing globalization and challenges from Europe and Asia, the U.S. has stayed firmly at the top spot.

This healthy manufacturing base plays a key role in our $12 trillion economy – still the world’s largest by a long shot. There is no room for complacency, of course. Remaining a leader in global manufacturing is absolutely critical for the U.S. if we are to maintain and improve our standard of living, not to mention to stay the world’s leading economic power for the foreseeable future. There is much at stake.

Tackling globalization
How should we respond to globalization? Erecting trade barriers and trying to return to the past won’t work. This is obvious. China and India account for one third of the global population. They justifiably want economic development to improve the living standards for their people. And they are doing what it takes to achieve this development. Their growth rates, foreign direct investment rates and industrial policies underscore their intention to catch up. Here’s another indication that they are serious about competing with the west: China and India now graduate more engineers and scientists than the United States or Germany or other European countries. The United States now imports foreign-born scientists to do the work that we are no longer interested in… and more than 50 percent of doctorates in engineering are earned by non-U.S. citizens. This statistic is no longer news but it is a trend pointing to the weakening of the U.S. scientific and technology base. This is what Dr. Shirley Jackson of Rensselaer Polytechnic Institute calls the “Quiet Crisis.” Steady erosion of the U.S. scientific and engineering base poses significant problems for the future.

But for now, America is still in the driver’s seat. U.S. manufacturing has a secret sauce – to borrow a phrase from Thomas Friedman. And that sauce is our ability to innovate. America has a unique and vital culture and tradition of risk-taking and entrepreneurship and the desire to create the next big thing. We all know that innovation is the key driver of economic development and growth.

And this culture of entrepreneurship provides us an advantage in the global economy, particularly when it comes to capitalizing on innovation, which itself is now borderless. All companies must operate in a global marketplace to grow and succeed. Regardless of where the innovation is born, to realize its potential, companies must learn how to quickly and efficiently export and adapt it to other markets.

Another key factor in whether a company succeeds in the global economy is the ability to get close – physically and virtually – to both customers and suppliers. As globalization becomes more widespread and accelerates, global sourcing takes on more importance in the race to stay competitive. This is reflected in every step of the supply chain, from research and development and raw materials supply to manufacturing processes and distribution.

Nobody does global sourcing better than Dell, for example, which takes global sourcing to the next level by including international R&D and design teams in its value chain. Dell redesigns its computers about every 12 months with design teams based in Austin, Texas and Taiwan. The inclusion of the Taiwanese design team brings Dell a number of benefits that keep it competitive and in the lead. These advantages range from being close to the customer and knowing what they want to a globally distributed development cycle that works around the clock.

Dell has six manufacturing sites across the globe: Ireland, Malaysia, China, Brazil and two in the U.S. Impressive enough but that’s only the start. Surrounding each of these factories are what Dell calls supplier logistics centers – these are local companies that supply all the parts that go into a Dell product. They are all linked by the just-in-time inventory IT system
that Dell has pioneered. Suppliers are updated hourly on the projected demand for parts – everything from the CPU to the motherboards to the wireless cards and batteries. There are multiple suppliers for each of the parts to build redundancy into the system if it looks like one supplier will run out due to heavy demand or production glitches.

For Siemens, global sourcing starts with a strong presence in the U.S. market, which accounts for about one-third of an estimated $4 trillion global market for electrical capital goods, the core area of my company, Siemens. Indeed, in the last 15 years, we have added significantly to our manufacturing and employment base in the U.S. so we would be able to take advantage of the innovation and scale that this markets offers. We invested more than $12 billion to build our portfolio across the board in energy, medical equipment, lighting, industrial automation and water technologies. Through these acquisitions and organic growth we doubled the size of our U.S. operations from 1997 to reach about $17 billion in sales last year, making the USA our largest market. We operate about 150 manufacturing facilities in more than 30 states. In the last 10 years, we’ve also created jobs and raised our employee count from 46,000 to 70,000 people in all 50 states and Puerto Rico.
Other companies have also adapted well to the global economy to stay competitive. Globalization has led to a revolution in supply chain management. Companies realize that operational efficiency and revenue enhancement will come from greater visibility, integration, and synchronization among connected suppliers, partners and customers. The world leader in global supply chain management is Wal-Mart. Famous for its low prices, Wal-Mart’s ability to profitably and consistently offer good deals has as much to do with its innovative thinking around its supply chain, logistics and distribution as it does with sourcing and negotiating those low prices. Wal-Mart pioneered the integration of software information systems that enabled it to track inventories, suppliers and customers with great efficiency that lowered its operating costs and improved profit.

It is clear that American industry is alive and well thanks to its ingenuity, entrepreneurship and ability to transform the challenges of globalization into opportunities. We will certainly need to nurture and expand these advantages to meet the challenges of the future.

George Nolen is the President and Chief Executive Officer of Siemens Corporation, a position he has held since January 2004. He leads the $16.6 billion, New York-based U.S. company of Siemens AG, with 70,000 employees based in all 50 states. This article is derived from his keynote address at the recent Processing Technology Expo online conference and exhibition.