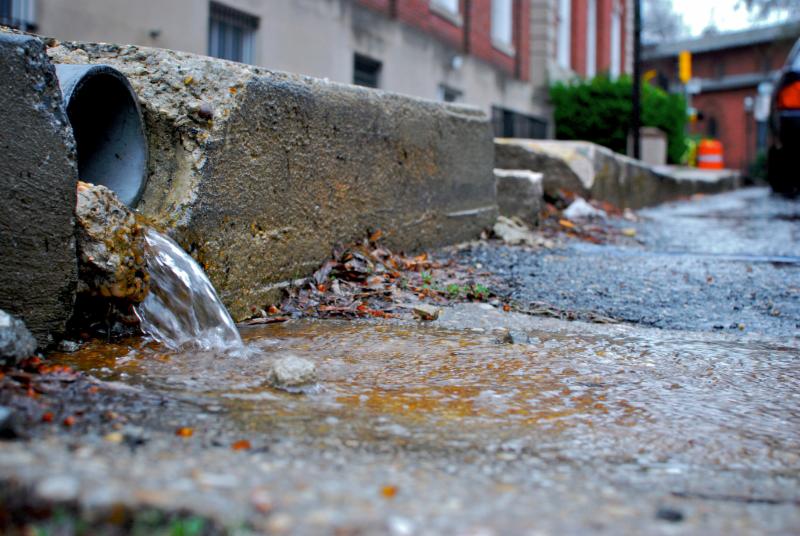 By Joshua A. Bloom

State and federal water pollution laws generally prohibit the addition of a pollutant to surface waters unless a facility has a permit authorizing that discharge. The federal Clean Water Act, which was significantly revised in 1972, focused in its early days on direct industrial process and sewage treatment plant discharges. Those discharges are regulated by National Pollutant Discharge Elimination System permits, and under the Act’s citizen suit provisions, unless a state or the federal government diligently prosecuted violations of permit standards, those violations were routinely targeted by environmental groups and other private enforcers in state and federal lawsuits. It was not until the early 1990s that industrial and construction storm water runoff gained equal footing in the regulatory universe with process discharges, and more recently has been the subject of innumerable citizen suits. If that were not enough of a treacherous environment to operate in, the requirements imposed on facilities with storm water runoff, and the volume of information that must be submitted in various reports and assessments, makes it a ripe candidate for vexatious lawsuits because even minor reporting errors can expose a company to lawsuits seeking significant liability, penalties, and reimbursement of a citizen-plaintiff’s attorneys’ fees.

What began in the early 1980s as good-faith efforts by reputable environmental organizations to fill the gap in enforcement that was a byproduct of the Reagan administration’s hands-off approach to regulation and enforcement of environmental statutes, quickly became fodder for less reputable “bounty hunters” who were primarily interested in recovering attorneys’ fees and less interested in prompting compliance by the alleged violators. The early focus of these citizen suits was Clean Water Act industrial discharge violations, but as citizen suits are also allowed under other environmental and consumer protection statutes, those actions quickly expanded. Private enforcer actions under California’s Proposition 65 is a prime example of this phenomenon.

However, it has only been more recent that actions alleging storm water permit violations have become the flavor of the day for private enforcers. Under state and federal storm water laws, a broad array of facilities that have been deemed to have storm water discharges “associated with industrial activities” are subject to regulation. For the most part, those facilities are subject to a “general permit,” which the facility can opt into by providing notice of its intent to do so. Recent proposals by the California State Water Quality Control Board (State Board) to revise that general permit to add even more requirements makes it imperative that facilities with industrial storm water discharges pay close attention to those requirements, and take steps to ensure compliance.

Most significantly, any facility required to have a storm water permit must prepare a comprehensive, site specific, storm water pollution prevention plan (SWPPP). The SWPPP sets out best management practices (including, for example, preventive maintenance requirements, spill and lead prevention and response provisions, material handling and waste management protocols, employee training requirements), a monitoring plan, sampling and reporting obligations, and numerous other requirements. All of those requirements need to be addressed in an annual report and are subject to enforcement if not complied with.

Moreover, and greatly expanded from earlier storm water permits, are numerical effluent limitations (NELs), exceedances of which, under a proposed general permit amendment, will trigger permit violations. Beyond that, the State Board is also proposing to establish action levels based on receiving water quality—if a particular water body does not achieve water quality objectives for a specific pollutant, then a “total maximum daily load, or “TMDL”, is established for that pollutant. The State Board’s proposed permit amendment would establish TMDL-specific Numeric Action Levels, and failure to achieve those levels would trigger yet another vast array of requirements.

Adding to the complexity of developing and implementing a program that will ensure compliance with a storm water permit is the utter confusion that has been wrought by the U.S. Environmental Protection Agency and U.S. Army Corps of Engineers’ efforts to redefine what is a “water of the United States.” It is that definition that is the linchpin of all federal Clean Water Act regulation, because only discharges to “waters of the United States,” including storm water discharges, can be regulated under federal law. That definition has been in flux for a number of years, and subject to multiple district and appellate court litigation, as well as U.S. Supreme Court rulings. Adding to that uncertainty are recent appellate court rulings holding that discharges to groundwater, which in and of itself is not a “water of the United States,” can nonetheless be subject to Clean Water Act regulation if hydrologically connected to a regulated surface water. However, under California law, even if a water, including groundwater, is not a “water of the United States,” it likely will be a “water of the State,” and therefore may be subject to state regulation and enforcement, if not federal enforcement.

The bottom line is that a facility from which storm water discharges to a water body, a ditch or culvert, a storm sewer drain, or the like, needs to engage a licensed storm water professional to assist in assessing all aspects of operations and potential storm water discharge, and, if required, develop and implement a compliant SWPPP. The alternative is to risk having to hire lawyers and experts to defend a citizen suit, which will entail great cost even if that defense is successful.

Joshua A. Bloom is a Principal at Meyers Nave in the firm’s Land Use and Environmental Law Practice Groups. With more than 25 years of experience, he specializes in all areas of state and federal environmental and natural resources law, including complex environmental litigation, brownfields, environmental aspects of transactional matters, and compliance counseling, representing both public and private clients. (jbloom@meyersnave.com, 800.464.3559)