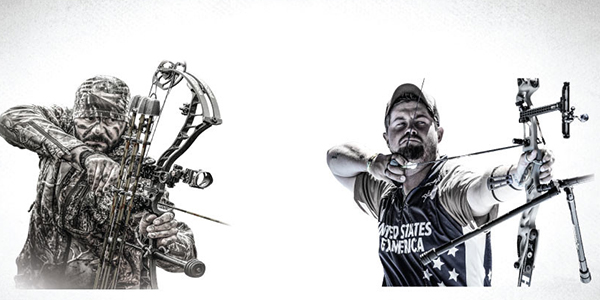 When James D. (“Doug”) Easton, founder of Easton Technical Products, Inc., was growing up in San Francisco, an accident — a loaded shotgun, leaning against an automobile that fell to the ground and hit him in the legs — led him to develop his passion for bow hunting.

For nearly a year, young Easton was in Bay Area Hospital. During his rehabilitation, a friend gave him “Hunting with a Bow and Arrow,” a book by Dr. Saxton Pope of the University of California Medical School. Pope and another enthusiast, Art Young, were bow-hunting legends; the Pope and Young Club, a bow-hunting organization, bears testimony to their influence to this day.

Not long after his release from the hospital, Easton was in Golden Gate Park, carrying a bow of yew wood and arrows of cedar that he had fashioned himself, according to directions in Pope’s book. An older gentleman approached Easton and complimented the young man on his excellent craftsmanship. It was Pope himself, and their encounter heightened Easton’s passion for archery.

The rest, as they say, is history; and the history is ongoing. Since 1922, when Easton founded Jas. D. Easton Corporation, the tradition of excellence has continued. Now based in Salt Lake City, Easton Technical Products, Inc., manufactures a wide array of archery products and accessories — aluminum arrow shafts known for their strength and straightness; aluminum-carbon arrow shafts in which carbon fibers are bonded to the aluminum to provide added strength and durability; and carbon arrow shafts with uniform weight, stiffness and wall thickness to provide extraordinary performance.

World Champs
Just how extraordinary is evident in the fact that every one of the world’s best archers chose Easton aluminum-carbon products for the 2000 Sydney Olympics. Each of the competitors from 46 nations shot Easton arrows. At the Atlanta Olympics four years before, every gold, silver and bronze medal in archery was won by archers using Easton aluminum-carbon products.

This is a customer loyalty that competitors would find hard to match. Easton engendered this high regard through its own manufacturing culture, which prizes both innovation and quality. This culture comes right from the top, according to Randy Schoeck, vice president of sales and marketing — directly from the current chief executive officer and son of the founder, Jim Easton. Schoeck calls Easton “the entrepreneur of product development. Jim is an engineer by trade and by passion. He took his father’s craftsmanship and combined it with his own engineering and materials-science background to get us involved and experimenting with all kinds of alloys and composites. He also seeks out engineers and makes them passionate about bow hunting and archery, if they’re not already.”

This atmosphere led to one of the most significant developments in the company’s history, tube fusing, in the mid-1980s. It’s a proprietary process that fuses flat aluminum strip stock to create a tubular structure. Once fused, the tube undergoes heat and chemical treatments that make the aluminum malleable enough to be precision-drawn through other proprietary processes using Easton-designed draw benches. These processes create a uniform wall thickness and tube concentricity, which is critical for the arrow shaft to perform accurately. The newly formed tube is then taken back through another variety of heat and chemical treatments to put back the stiffness and strength to a far greater degree than the original material’s properties. The result is an arrow shaft with a T9 tensile strength (the equivalent of 96,000 to 105,000 pounds per square inch, depending on the aluminum alloy).

Easton also developed the PermaGraphics process, by which it can hard-coat anodize arrow shafts in a variety of colors and camouflage patterns. “This development allows our operators to put photorealistic art into the pores of the aluminum,” Schoeck says. “We can anodize sticks, leaves and shadows onto the shaft, which is particularly appealing to the bow-hunting market. And now, with advances in carbon composite technology, Easton is at the forefront of applying this material to high-performance arrow shafts and archery products.”

Sharp and Disciplined
Easton’s devotion to quality is certified, literally. It holds both ISO 9001 and ISO 14001 certifications, the only company in the archery industry to hold either of these designations. “These have put discipline into every facet of our operation,” says Schoeck. “Plus, we chose to pursue both simultaneously, and we’re one of four companies in North America to do that. Doing this made us all at Easton recognize that safety and environmental assurance are as critical as product quality. We take both equally seriously.“

Easton’s regard for quality also comes through in its testing procedures. The company developed the eddy-current tester to ensure that cracks do not occur during the production process. These cracks occasionally show as the weld disappears during the heat and chemical treatments on the tube. Other tests confirm the straightness of the shaft. Easton’s standard is a straightness tolerance of less than one-half of 1/1,000th of an inch on a high-end aluminum model; actually, its testing procedures make sure that its shafts deliver beyond this specification. “The odds are that our products are always straighter than our listed specifications,” Schoeck says.

As devoted as its employees are to archery and bow hunting, Easton is just as committed to customer service. “This is something we live and die by,” says Schoeck. “We’re passionate about on-time delivery and spend a lot of time quantifying our ability to ship on requested ship dates. The ISO process for contract review helped consistently in customer service by developing procedures and the series of checks and balances you need for filling an order.”

Media Giant
Easton sells its wares both in and out of the country — nearly 20 percent of its product leaves the United States — through a network encompassing the industry’s largest distributors. Portions of the company’s marketing dollars go to print advertising in publications for bow hunting, target archery, outdoor and general hunting magazines. The company also runs commercials on television programs such as Ralph Cianciarulo’s Archer’s Choice, Buckmasters and Scent-Lok’s Wildlife Point Blank, to name a few special interest programs aired on the Outdoor Channel and TNN. Easton also promotes the sport through its strong support of the recognized archery and bow-hunting organizations, which include the Archery Manufacturers and Merchants Organization, the National Archery Association, the Archery Shooters Association, the International Bowhunters Organization and the Buckmasters National Deer Hunting Organization.

The long-standing industry leadership Easton enjoys comes from its core values. What’s important to Easton’s employees is developing and manufacturing the best recreation and sports equipment in the industry and taking pride in it. From top to bottom, the employees have a passion for the products and enthusiastically promote the sports that use them.

These values have kept the company ahead of the curve and its products ahead of the field. Also, the enthusiasm that filled the quiver of the founder has thrived in the company to this day. “Across the board, we’re a young, spirited company in our age profile and our approach to business,” says Schoeck. “Two years ago, a consulting group that reviewed us said they had never seen as energetic a group of employees in any survey they had done.”