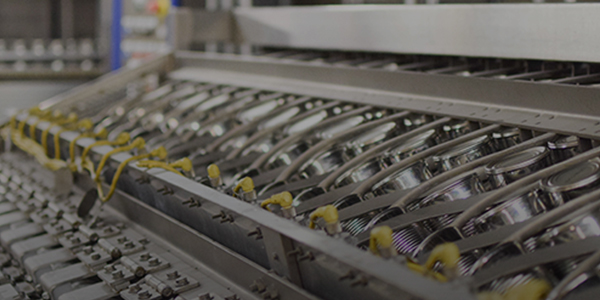 Todd Simmons, a third-generation chicken processor, says his family’s business brings the chicken from the farm to the table. Today, Simmons Foods, Inc. is a one-stop shop that has been able to grow and prosper through periods of massive change. Simmons, along with his father, and grandfather before him, has weathered these industry shifts by keeping consumer demands sharply in focus and using innovation and technology to supply a brand of quality chicken at affordable prices.

In 14 locations across Oklahoma, Arkansas and Missouri, 3,800 employees work in Simmons processing facilities. There are feed mills, slaughter houses, deboning facilities, plants where chicken is cooked, marinated and frozen. At the same time, Simmons contracts with some 300 family farmers to house and raise its chickens.

In the end, this chicken ends up on plates at your favorite fast food and casual dining restaurants across the country and overseas or in shopping carts at your local club stores. Those restaurants and the food service trade are Simmons’ biggest customers. And to meet their demands, it sends its chicken marinated and frozen or “par-fried” or partially fried after being battered and breaded. It also offers fully cooked chicken. All are available precut in controlled portions to meet the needs of ever changing consumer demand.

Simmons grows two bird sizes: four-and-a-quarter pounds for the portion sizes (fillets, wings, tenders) demanded by the casual-dining segment and over six pounds for the limited-service segment. Using genetics and better feed formulas, Simmons is able to provide bigger birds, which means it can produce more meat, both white breast meat for domestic consumption and dark meat for export.

The Speed of Innovation
Simmons Foods has been perfecting this process for quite a while. Todd’s grandfather, Bill Simmons, opened the first processing plant in Siloam Springs in the northwest corner of Arkansas back in 1949. At that time, he was processing 30,000 chickens a week, or 1.56 million per year. Today, the company can process 400 birds in a minute; it is handling the same number of chickens in an hour that the original plant could handle in a week. Today, each week, Simmons slaughters 2.75 million birds and produces 9.47 million pounds of ready-to-cook meat.

Bill Simmons originally got into the chicken processing business when he saw the need to locate a slaughter plant in an area where chickens were being raised. It was his early vision of what is now known as “vertical integration” that put his business on the road to success. That business grew throughout the 1950s and 1960s as Simmons focused on the consumer and product innovation. In fact, says his grandson, even early on, he was focusing on product marketing. “In a lot of ways, he was really ahead of his time,” says Todd of his grandfather. “He was one of the first to focus on the positive attributes of frozen over fresh chicken.”

Vertical Integration
Bill’s son, Mark, took over the business in the early 1970s when the chicken processing industry was in the midst of sweeping changes. Vertical integration and consolidation became the trends as processors moved to acquire all elements involved in chicken production, from hatcheries to cooking plants. At that time Simmons owned only slaughter plants but bought feed mills and hatcheries to control the aspects of a bird’s health. The customer remained Simmons’ focus throughout.

In the wake of these changes, three large companies control 40 percent of the market. Simmons, however, sees this consolidation as an opportunity for his smaller company to focus its strategy on the specific needs of customers and market segments, adapting to the changing tastes and eating habits of the American consumer.

As consumers and chefs become increasingly accepting of frozen products as equal or superior to fresh, Simmons has shifted much of its focus to frozen products, which are more distributor-friendly. It has improved its individual freezing technology and most recently added an Intec freezer that has a capacity to freeze 60,000 pounds, or two truck loads of chicken, an hour. The company also can ship directly from the freezer to the boat or truck and bring the product straight to the customer which, at least in the U.S., reduces the handling of the product by three to four times.

As traditional sit-down dinners, featuring Mom’s fried chicken, become a thing of the past, Simmons has sought ways to deliver products that take less time to prepare and can be stored more easily. Indeed, as retail demand has moved from whole raw birds to cut-up parts to boneless/skinless to further processed, Simmons has opted to focus more specifically on the customers in the growing food service sector who need these further processed chicken items. Today, it gives highly individualized atten-tion to these key customers, which are multi-unit foodservice operators and
mass merchandisers.

Simmons has been adapting its strategy for some time to focus on the growing demand for processed food. First, it exited the retail chill pack, or fresh, business segment. To do so, in 1998, it converted one of its two plants in Siloam Springs to a further-processed food service facility. The same year, it built a state-of-the-art facility devoted to fully cooked products in Van Buren, Ark. Then in 2001, it exited the fast food/deli business segment and converted its largest plant to a deboning and sizing plant. In doing so, it doubled the size of its ready-to-cook breaded operation at its main Van Buren plant. Simmons continues to increase its fully cooked capacity with technological improvements such as packaging equipment, freezers and throughputs.

Betting on Customer Loyalty
Simmons acknowledges that most vertically integrated chicken companies now can supply quality products at competitive prices. “The difference is who you want to do business with,” explains Todd. “Just as consumers prefer companies that guard the environment and return to the community, businesses prefer to partner with suppliers of integrity, who understand that both partners must prosper.”

Simmons says his family is proud of its high quality products and says customers do recognize this quality and reward his company with their repeat business. “It is in this way that we try to differentiate ourselves,” says Todd. “We keep the focus on the customer and move in ways to innovate and adopt the technology that will enable us to deliver what the customer needs and wants.”