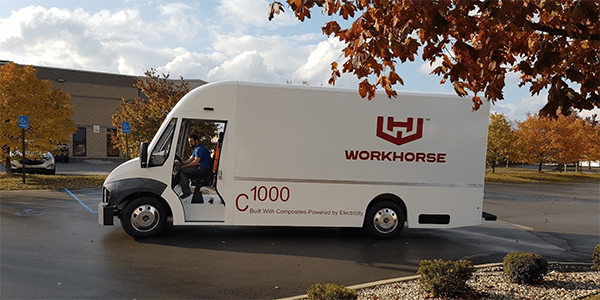 The baby boom generation is becoming the retirement generation, but it is hardly a retiring generation. This large demographic isn’t content to sit around the old folks home, but wants get up and go, albeit with all the comforts and convenience of home.So what has that got to do with a manufacturer of commercial truck and bus chassis? Well, a great deal if you also make chasses for the recreational vehicle market, which is booming as the boomers increasingly take to touring the countryside.

“Unquestionably, the RV market is really going,” says Shane Terblanche, director of commercial strategy for Workhorse Custom Chassis. “Five years ago we had a 19 percent share in this market; this year it has grown to 65 percent. We expect the total market to grow twofold or even threefold in the next few years.”

He also notes “the market itself is really changing. Up until around 1999, RVs were low-tech, rough handling, underpowered and noisy vehicles. Starting at around 2000, the industry began looking for a chassis that handles more like an SUV, to underpin more contemporary body styling with slide outs for expanded storage.” For the Highland Park, Ill.-based Workhorse Custom Chassis, it is an ideal complement to its commercial truck and bus business. “At the present time, no other manufacturer offers a wide track chassis with independent front suspension for the motor home industry like we do. Also, Workhorse is the only chassis manufacturer to develop an exclusive RV dealership service network so that the motor home owner can get both chassis and coach warranty service work done at the same location, and it is the only chassis manufacturer to join forces with Coach-Net to offer motor home owners 24-hour emergency service anywhere in the country.”

What further makes Workhorse stand out strictly as a chassis maker is that it focuses exclusively on chassis manufacture, as opposed to also producing other parts and/or the entire vehicle. Its 209,000-square-foot, state-of-the-art ISO-9001-certified plant in Union City, Ind. is the largest strip chassis manufacturing facility in the world. According to Terblanche, “This is one of our competitive differentiators. Our single focus means 100 percent of all Workhorse resources go into the design, production and support of chassis. A large OEM is making 100,000-unit production runs and can’t customize for a smaller 400-run like we can.”

Terblanche points out, “Frequently we’ll work with the customer to determine the needs even to the point of going out on their routes with them. On the other end, the really large sophisticated fleet buyers will provide us with their specs; we might offer them options, but basically we’re building to order. Either way, we build what the customer requires for the particular need.”

A New Breed
Workhorse emerged from the transformation of the bankrupt Union City Body Company into a profitable enterprise after one year of its acquisition by entrepreneur Andrew Taitz. In 1998, the company became Workhorse Custom Chassis and a year later finalized an agreement to acquire the commercial walk-in truck and motor home chassis division of General Motors. By the end of February 1999, just eight weeks after finalizing the agreement, these chasses were rolling out of the plant, in keeping with Taitz’s promise to complete the acquisition without any interruption in manufacture and product delivery. In just 18 months, Workhorse offered the industry’s biggest, heaviest, most robust and widest stance chassis for motor homes. It soon introduced the W Series platform, which is the first 22,000 pound gasoline-powered motor home chassis strong enough to accommodate multiple slide-outs and still provide a superb ride.

This year, Workhorse has seen more positive changes, being purchased from GVW Holdings Corporation (GVW) by International Truck and Engine Corporation. The acquisition agreement was signed July 1. International produces International(r) brand commercial trucks, mid-range diesel engines and IC brand school buses and is a private label designer and manufacturer of diesel engines for the pickup truck, van and SUV markets.
On the service side, Workhorse has introduced a free emergency roadside assistance program in the commercial walk-in category, as well as its innovative Workhorse FasTrack program for walk-in trucks featuring a one-company, one-warranty, one-order process and delivery to shipper in just four weeks, instead of the industry standard of 14 weeks. It provides this service through a network of 400 nationwide authorized dealers.

The company’s latest innovation is its new W42 platform announced last March featuring improved handling and braking powered by an International(r) VT 275 V-6 diesel engine that brings an exceptional 200 horsepower and 440 pounds per foot of torque to walk-in applications. It replaces the P42 chassis that Workhorse bought from GM and which, with some modifications, has been the staple of the Workhorse commercial line. “We’ve listened to our customers, and this chassis stems from what they’ve told us,” says Terblanche, “It’s the same rails, but after that, it’s a whole new chassis. And it’s just the beginning of new capabilities we plan to offer in the future.”

For its bus business, Workhorse in June began providing a unique low-floor chassis designed specifically for mid-sized models built by Glaval Bus and Startrans Bus. Previously, this feature was available only for large buses. It was accomplished by a front-wheel drive design that eliminates the drive shaft and creates a floor only 14 inches off the ground with no internal impediments from front to back. The low floor eliminates steps and enables passengers to enter and exit via a gently sloped ramp that extends directly to the pavement. The ramp-on access makes the buses ideal for shuttle and assisted living applications.

Made-to-Order
Workhorse remains privately-owned as, on the commercial side, it competes with such large corporations as Ford, Freightline, and International, though typically these companies can’t offer the quicker lead times and customization. It’s also somewhat unique in not experiencing cost-pressures from foreign manufacturers. “Actually, we make use of some of the cost-advantages of Mexican manufacturers to supply some body assemblies, ” Terblanche notes.

Because much of the product is customized in relatively small quantities, there is little automation in the manufacturing process, which operates on a four-day, 6 a.m. to 4 p.m. schedule Monday through Thursday. “Of course, we have the conveyer belt that moves components and assemblies through the plant that’s fairly typical in this industry, but we’re heavily reliant on manual labor,” Terblanche says. “The price of tooling for the kinds of production runs we do would be astronomical and doesn’t justify automation. And we’ve got a pretty good labor pool here in the Midwest to draw upon.”

This isn’t to say there isn’t an emphasis on improving cost-effectiveness. “We do Six Sigma and lean manufacturing as well as the latest quality control practices,” Terblanche says. “We may not do just-in-time inventory as strictly as the Japanese, but we aim to order only sufficient inventory just for what is needed for a particular day’s work.”

Needless to say, the quantity of steel used in its products puts Workhorse at the mercy of spiraling raw materials costs. But, as Terblanche points out, “It’s not a competitive disadvantage since every manufacturer is facing the same problem. Most guys just pass the costs on as a surcharge. So far, we’ve been successful in avoiding doing too much of that with purchasing strategies that try to get the most out of what we’re paying for.”
And while the U.S. auto industry is lagging, Workhorse is setting a more vigorous pace. “We experienced a significant upturn during the last year, which we expect to continue over the next 18 months as customers want to place their orders before the new emission regulations take effect in 2007. Large fleet owners have the capital to replace aging vehicles. The baking industry in particular seems to be coming back now that the popularity of the Atkins diet has declined, so they’re back to buying delivery trucks.”

All of this means that Workhorse will continue to be exactly what it set out to be in more the name only: the most reliable workhorse of the customized commercial and RV chassis business.