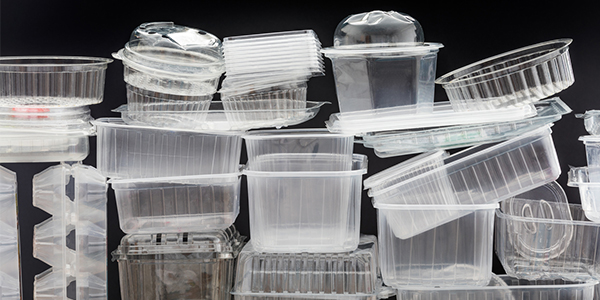 Duplication revolutionized the computer, music and film industry in the last century, creating a mass market for artists, filmmakers, and software developers. Listening to the radio or going to a matinee movie session used to be the only entertainment for the masses before television came to place. Now we can watch any movie or listen to our favorite recital from the comfort of our living rooms.

The VHS cassette and the compact disc were the first stages of this transformation, becoming a staple for the communications industry. Auriga-Aurex, a renown brand name in the digital media industry, stands for the combination of Auriga Plásticos S.A. de C.V., a company dedicated to the duplication of audio and video packaging since 1969, and Aurex S.A. de C.V., which manufactures magnetic tapes for the same industry since 1976.

Federico Valdés, founder of both companies, saw the advantages and future of the replication market. “Valdés’ philosophy has always been to keep up with the latest technology,” said Carlos Hinojosa, commercial director. The companies became world leaders in magnetic media and precision molded products with annual revenues of $70 million.

This philosophy has allowed Auriga-Aurex to stay tuned to the ongoing changes in the industry. Twenty years ago, the compact disc was developed to store over 650 MB of data, which at the time seemed groundbreaking. However, the industry’s requirements reached higher and broader. In 1995, Sony and Phillips presented the DVD, a high-density disc. This new technology that allows high data storage has been rapidly replacing existing digital media such as CDs, CD-ROMs, and magnetic tapes for audio and video.

CRYSTAL CLEAR AND HIGH SPEED
For these reasons, replacement of technology is an ongoing process at Auriga-Aurex. According to Hinojosa, the impact of these changes has been counterbalanced with production equipment upgrading. “For Auriga’s production, preferred technology comes from JSW, a Japanese provider of injection molding machines, ranging from small to ultra-large models. It offers equipment that is easy to operate, safe, and environmentally friendly, which matches the philosophy of our company. Its products also have energy improvements, and space-saving features,” said Hinojosa. Auriga also carries Ferromatic Klockner equipment, of German origin.

The company purchases precision molds throughout Itochu Specialty, the Japanese company with great experience in buying and developing super precise fast molding cycles. “The plastic case manufacture requires high speed and a very accurate processing of the pieces. This feature is key to keeping the company competitive,” said Hinojosa. Additional molding equipment is of Swiss and German origin.

Products are developed with high clarity crystal clear plastic. The single CD jewel case graphite tray is a crystal clear package that will accommodate a booklet or inserts front and back. The slim 5.2 mm CD jewel case in white, black or clear base is the thinnest case with the same height and width of the standard jewel case, for lightweight and optimal storage. It is a one-piece case with a crystal clear front cover. A back tray card cannot be used with these types of cases. DVDs safe cases are offered in dark gray, white or clear, with a push-button hub, literature clips, and full sleeve for artwork.

Auriga’s injection machines work around the clock at optimum capacity. “Our quality control professional team makes sure that each piece matches the original mold design, keeping the run in top performance,” said Hinojosa.

Auriga started with one plastic injection molding machine. Today, the company is engineered to produce high piece counts in an efficient and economic production line, with robotics equipment that is constantly maintained to continue operations without interruption or variation of product quality. “We grew with the large duplicators, and our sales increased as they saw the capacity and ability of our company,” said Hinojosa. The same clients have remained loyal to the company for over 25 years.

Cinram, a large American manufacturer of pre-recorded DVD, VHS videocassette, CD-Audio, CD-ROM, and audiocassette, providing state-of-the-art solutions for the motion picture, music, and software industries, is one of Auriga’s main clients. “We supply most of Cinram’s duplicating needs for Latin America and the United States,” said Hinojosa. Sony and Maxell, among others, are also Auriga’s clients.

MARKET ADVANTAGE
Regarding Aurex, the company launched a joint venture in the 1976 with Ampex, an American company internationally recognized for its innovative contributions to the advancement of audio/visual communication. A pioneer in digital video and compression technology, Ampex’s contributions were instrumental in launching the Internet’s capability to send videos.

Later, changes in the industry turned favorable for Aurex. In 2001, TDK Electronics Corporation announced that it was ceasing production at its plant in Peachtree City, Ga. This plant was built to mold and load VHS videocassettes and CD-ROMs. Only a year before, Sony had closed audiotape and duplication facilities in Carrollton, Ga. The decline in U.S. music tapes and blank cassettes triggered the companies’ decisions.

As a result, Aurex became the major audiocassette tape producer in the Americas, competing with German EMTEC Magnetics. Both EMTEC and Aurex had enough installed capacity to replace any loss of audio tape volume. “We had an installed capacity of 35 million pieces for the C-0s, and 20 million for the video cases,” said Hinojosa.

“We had a commercial office in Orange County, Calif. But we closed it and placed sales representatives in main American cities in California, Michigan, Ohio and Florida,” said Hinojosa. The company also has warehouses in California, Texas, Tennessee, Indiana, and Alabama. Sixty percent of Auriga-Aurex’s production is exported to the United States, Latin America, North Africa, Russia and Western Europe.

Distribution is a critical step in media production, and can result in a pricey cycle if not handled correctly. “We have made a considerable effort in developing a state-of-the-art distribution system. Our computerized inventory controls and flow allow us to constantly follow client’s requirements, and track all inventory changes,” said Hinojosa. Also, Electronic Data Interchange capabilities are used to make customer’s systems compatible with work orders.

GLOBAL ENVIRONMENT
Sony, the giant Japanese corporation and one of Auriga-Aurex’s most important clients, has worked extensively in preserving the natural environment and is committed to combine ongoing innovation in environment-friendly technology with environmentally thorough business practices.

For that reason, it designates suppliers that cooperate in the production of environmentally sensitive products as Green Partners. “We became Sony’s Green Partner in an effort to comply with its environmental management systems,” said Hinojosa. In order to encourage suppliers, Sony established regulations for potentially environment-harmful substances included in parts and materials, which had to be banned or reduced as identified.

Furthermore, items from suppliers under these standards are subject to periodical audits to check environmental management activities. If suppliers comply with the standards introduced in the company’s environmental quality approval program, then they are qualified as Green Partners. “These audits include from presence of substances such as cadmium and lead, to contaminants and energy efficiency,” said Hinojosa. Auriga-Aurex plants are also ISO: 9002 certified.

In environmental issues as well as in customer service, the company’s philosophy follows the vision of its founder to respond to clients’ needs with products that excel in the global market, supported by a professionally qualified team. Auriga-Aurex has proven to overcome market trends changes, and has continued to succeed.