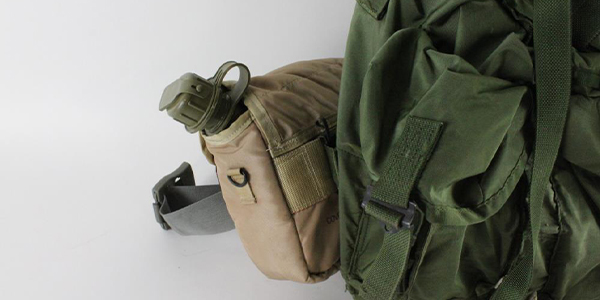 In 1991, Operation Desert Storm saved the tiny nation of Kuwait from an occupation by Iraqis. But the U.S. military operation also salvaged something else: a then-small start-up clothing company in Puerto Rico called D.J. Manufacturing that was on the brink of going under.

“We were doomed those first few years, and were getting ready to close the operation,” recalls Diego Jacobson, the young founder and CEO of D.J. Manufacturing. “That’s when the war started – Desert Storm.”

Soon, the U.S. Department of Defense came calling with an emergency $8 million order for field packs, the durable backpacks that soldiers wore in storming the Persian desert sands. Jacobson recalls his relief that the federal government didn’t check on the sorry state of the company’s finances.

Some 14 years later, anyone who checks on the finances of D.J. Manufacturing will discover a flourishing company that is growing to become a significant cog in Puerto Rico’s economy. Headquartered in the town of Caugus, D.J, the company’s manufacturing is spread out across four cities and currently employing some 1,200 people, although he expects that number to rise to 1,600 in the immediate future.

Rising after 9/11
And Jacobson would be the first person to admit that America’s military build-up in recent years, sped up by the terrorist attacks of Sept. 11, 2001 and the subsequent invasion of Iraq, have played a critical role in the building of his company.
In the six-year-period from 1998 to 2003, D.J. Manufacturing won more than $216 million in Defense Department contracts to make uniforms and related apparel and gear, with just over half in 2002 and 2003 alone. The contracts were all awarded through the Defense Supply Center in Philadelphia.

“It’s wartime, so there are a lot of contracts going around,” said Jacobson, noting that his company manufactured the duffel bags that soldiers used in Operation Iraqi Freedom, as well as field packs and coats that are part of the battle dress uniform, known in the trade as BDU.

Founded in 1988, D.J. Manufacturing has focused on military uniforms for most of its existence, and for good reason. While the bulk of the civilian clothing industry has departed for the cheaper-labor havens of China or the Dominican Republic, the federal government continues to require that its uniforms, especially for the military, be made in America.

And that tends to give a leg up to Puerto Rico, a U.S. territory that is often hailed for the skill and training of its workforce but where economic conditions mean that workers are often more willing to accept the minimum wage than at a manufacturing plant on the mainland.

“All of our products have to be made in the United States of America – that’s what protects us from China and from Mexico and the Dominican Republic where things are cheaper,” Jacobson said.

Educated on the mainland at Clark University in Worcester, Mass., Jacobson returned to Puerto Rico in the late 1980s and set up a small company to work as a subcontractor to a firm headed by his father, who was already established in the clothing industry.

“And within seven months the contract that we were a subcontractor under was cancelled by the government,” Jacobson recalled. “That left us with no work and no financing, so we were back to Square One, and forced to try the commercial marketplace.”

So for several years, D.J. Manufacturing tried to sell consumer clothing items such as jeans, bikinis and T-shirts, with a minimal workforce of about 100 to 150 people. Then, the field pack contract turned things around, and during the next decade the company was greatly boosted by a federal program aimed at boosting the prospects of minority-owned businesses.

Advantages of Puerto Rico
“We were the most successful company to pass through the program,” said Jacobson, who said that D.J. Manufacturing benefited from its minority status for a period of about eight years. He said there was a big jump in government business in1995-96, and a $75 million contract to make battlefield coats put the company on the map, requiring the firm to add a new plant and hire more workers. “That’s when we graduated from the program,” he said.

But he noted that even with the advantages offered by the program for minority-owned small businesses, D.J. Manufacturing would have never done as well as it did if not for the quality of the work. In recent years, he noted, the company has won many of its contracts not by necessarily being the low bidder but though what’s known as “best value” procurement, in which a company’s past performance is about as important as the price.

Currently, Jacobson said, the company is involved in taking over and renovating a factory in the nearby Puerto Rican village of Corozal that for about 30 years made brassieres for Playtex, which recently shut down the plant. He said that D.J. Manufacturing is hiring the former Playtex workers and plans to eventually have 600 people working there.

Like other companies in Puerto Rico, D.J. Manufacturing has found that local government and economic development programs there have also been a boon to the company. Jacobson said that the government encourages the training and hiring of new workers by paying half their salaries for their initial six months of learning the job.

Likewise, he said the government will subsidize the purchase of new manufacturing equipment if he agrees to keep employment at a certain level. Also, by operating in Puerto Rico his company is exempt from 98 percent of taxes.

In spite of the well-educated labor force, Jacobson said that he has a slight advantage over rivals “because in Puerto Rico we can get people to work the minimum wage, while in many states it’s difficult to find minimum wage workers, so their labor costs are higher per minute.”

Although the overwhelming amount of the work that D.J. Manufacturing carries out is for the Defense Department, Jacobson said he believes there will be increasing opportunity to win other types of government contracts over the next several years, especially with the increasing emphasis on homeland security. For example, he notes there is a need for certain types of police uniforms and clothing for emergency first responders.

“I’m looking to triple the business over the next couple of years,” Jacobson said. Given how much he’s accomplished ay age 40, who could doubt him?