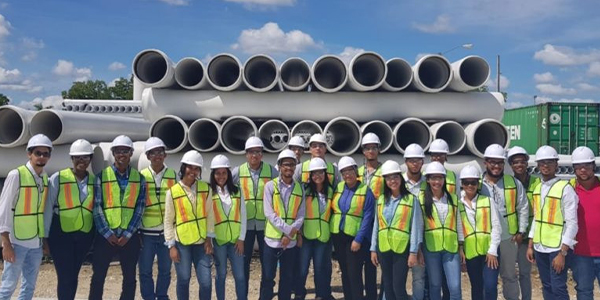 The retail scene is changing rapidly in Mexico and the times precipitate major decisions by corporations battling to stay ahead of the game. Traditionally atomized and scattered in a multitude of small businesses and specialized mom-and-pop stores, the market has been increasingly dominated by multinational chain and club stores, which have drastically changed the playing field.

Grupo Corvi S.A. de C.V. (BMV: GCORVIUBL) is ranked among the leading grocery and complementary products wholesalers in Mexico. With $13 million in sales in 2005, it competes with Wal-Mart de Mexico, and Controladora Comercial Mexicana, or COMERCI, which runs over 30 warehouses in a joint venture with Costco Wholesalers Corporation in addition to its own stores.

“Since Wal-Mart entered the Mexican market, the retail landscape has changed dramatically and it has pushed all other competitors to re-dimensionalize their businesses and create new strategies,” said Salvador Alvarez Vald‚s, MBA, recently promoted to general director of the Corvi group.

WINDS OF CHANGE
Alvarez Vald‚s comes from a similar position in ConAgra Foods Mexico – a group including Productos del Monte, ACT II, Verde Valle and Sigma Alimentos, among others – and has an extensive background in international business in the United States, Puerto Rico, Spain, and Russia. A native Spaniard and naturalized Mexican, Alvarez Vald‚s joined the group four years ago when winds of change began to blow at Corvi.

He was first positioned as Organizaci¢n Sahuayo’s general director, the business division supplying products from multinational suppliers such as Unilever, Colgate-Palmolive, Nestl‚, Clorox, ConAgra and Kraft Foods, and other domestic producers to wholesalers and retailers. Sahuayo represents 95 percent of the group’s activity, operating 28 distribution centers in 23 states that serve almost 40,000 points of sale throughout the republic.

When Alvarez Vald‚z was hired in 2002, the group had laid out a new configuration of the corporate structure. The five descendents of the Villase¤or brothers, founders of the group, were stepping down from operational positions to professionalize the group’s top management and develop a new strategy for the company.

“The plan contemplated the idea of focusing on the core of the group’s business, which is the commercialization and distribution of groceries and complementary products, building a structure at several levels contemplating different customers’ needs,” explained Alvarez Vald‚z. With this idea in mind, Grupo Corvi created a new business unit, Despensa del Hogar or The Home Pantry. These stores distribute basic groceries and complementary household products to low-income segments of the population.

The new structure reflects consumer activity at all levels. Sahuayo will continue to service the large wholesalers, large supermarket chains and regional distributors around the country through its 28 distribution centers. SuperPack is comprised of 26 6,500 to 7,500 square-foot stores with self-service and countertop service, targets small wholesalers, mini-supermarkets, retailers and small business end-customers. Despensa del Hogar is comprised of 20 self-service stores.

The traditional distribution channels experienced a loss of market participation against the heavy growth of the self-service stores sector. It is estimated that this sector increased 10.8 percent its participation in retail sales of food products – from 46.6 percent to 57.4 percent – in a 10-year span.

BUSINESS UNITS
Despensa del Hogar stores are located no more than 250 km from Sahuayo’s distribution centers, which lowers logistics costs. Targeted locations are towns between 50,000 and 300,000 inhabitants. These stores’ infrastructures are austere, and serve a high-frequency, low-intensity consumer base against similar stores such as Wal-Mart’s Mi Bodega, that work with a lower frequency base. Corvi’s goal is to open 120 stores by the end of 2006 and 1000 in the next five years.

“The traditional distribution channels in Mexico, changarros, similar to U.S. convenience stores, and other specialized mom-and-pop stores, are rapidly changing. They are being replaced by self-service stores that offer an array of basic merchandise, forced by the need to maintain global participation in the new strategies for massive consumption,” explained Alvarez Valdez. New Despensa del Hogar will lead the way in transforming these traditional distribution channels, offering snacks, sodas and cigarettes in addition to food, beauty and cleaning supplies, some OTC products and a few home supplies.

SuperPack, on the other hand, will compete with club stores without the membership requirement, and the multi-format of self-service and counter service under the same roof. These self-service chain stores have locations in Mexico D.F., Tlalnepantla, Naucalp n, Atizap n, Le¢n, San Luis Potos¡, Quer‚taro, Villahermosa y Cuernavaca. SuperPack stores offer packaged products in several presentations and quantity including basic groceries, preserves, canned food, beauty and personal care supplies, and pharmaceutical OTCs, among others. Its targeted audience include institutional customers, pharmacies, beauty supply stores, small retailers and over 30 additional segments.

As a national distributor, Sahuayo offers one of the most complete lines of products in this sector, since its sales catalogue contains around 8,500 different articles (SKUs) in the food, packaged seeds, hygiene and personal care, bakery, refreshments, snacks, household products, beauty, clothes care and OTC medicines categories. The goods are commercialized in different presentations such as closed boxes, open boxes and by the unit. Sahuayo’s distribution network includes 733 transportation units and 858 agents.
WHEN IN ROME .

Grupo Corvi has re-engineered its internal systems and processes, increased its purchase power, re-negotiated contracts with suppliers, streamlined credit policies and improved its logistics in order to cut costs.

“We offer competitive prices, backed up by lower costs of sales and better payment conditions obtained through centralized purchase. Since 2005, we expanded our presence between retailers and final consumers, through our local supermarkets operating under the brand name Despensa del Hogar,” summarized Alvarez Vald‚z.

Following this rationalization effort, a main decision was to sell Chocolates La Corona, a chocolate and candy manufacturing company that produced $62 million in 2004 sales, to Grupo Bimbo S.A. de C.V. The transfer was finalized in June of last year for approximately $44 million. “Our growth rate reflected this transaction last year, from 74.7 percent in 2004 to 66 percent in 2005. However, we believe that concentration of efforts is the best game plan for the group at this time,” added Alvarez Vald‚z.

FROM THE PAST TO THE FUTURE
Grupo Corvi was originally founded in 1940, when brothers Villase¤or Zepeda started operations in a small seed and groceries store in La Merced, Mexico City. The family adopted their first business name from their native town Sahuayo, in Michoac n. In 1996, the company went public selling 13.7 percent of its stocks but the family still keeps a stockholder participation of over 85 percent.

From a small store, the company has reached a storage area covering 1,041,002 cubic meters with a surface of 6,576 square meters for customer service space, and currently employs almost 4,000 workers.

In October of 2005, President Vicente Fox Quesada awarded the Corvi group with the Confederation of National Chambers of Commerce, Service and Tourism recognition, granted for being a Valued Entrepreneurial Group in the commercial sector of Mexico.

“Our goal is to be a competitive entrepreneurial group of businesses institutionally organized that ensures its unity, continuation, growth and impact in the community we serve. We aim to quality in achieving productive business with human sense and the fulfillment of our social and economic objectives. We try to educate and help our clients to develop and consolidate competitive businesses to reach international level, together becoming leaders in commercialization of consumption products,” concluded Alvarez Vald‚z.