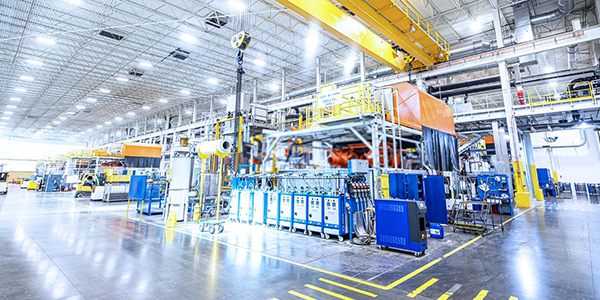 “Customers are relying on suppliers to do more and be full service with the capability to design a part or system, to develop it, prototype it, and do all the testing and the long-term production,” says Mark Stoddart, chief technology development officer and vice president of marketing for Canada-based Linamar Corporation. “It’s a way for auto makers to reduce their supply base by working with suppliers that have that full capability.”

The continuing trend plays to Linamar’s strengths. The $1.5 billion (2003 sales) company has integrated its R&D capabilities while making capital investments in many of its more than 30 plants in the U.S., Canada, Mexico, Germany and Hungary. (Another manufacturing facility is under development to support customers in China.)

Conventional wisdom in the auto industry is to focus on European and Asian carmakers for future business since the Big Three are losing market share. But Linamar is committed to serving American automakers. Even though the pie may be shrinking, the outsourced piece – Linamar’s business – is widening.

“The outsourcing trend helps us grow by reducing the supply base,” Stoddart notes.

It turns out that only about 20 percent of engine and automatic transmission parts production is outsourced – automakers do the rest themselves. But therein lies the opportunity.

“There is a huge amount of new business out there as auto makers increase the outsourcing effort because they need to become more and more competitive with the Japanese and Asian car companies,” he says. “To do that, they’ve got to outsource to get lower costs and better quality components.”

Project Projections
A recent example of Linamar’s contribution to its customers is an innovative transmission project for Ford and General Motors. Linamar provided significant design and development of various components and machined assemblies that went into the state-of-the-art, six-speed automatic transmissions. Production of the components begins in 2005.

“Ford was looking at a baseline design of the transmission and they pre-sourced suppliers that they thought had the capability to develop the components,” Stoddart says. “They chose us to meet higher performance standards of increased horsepower and torque. We took their individual components, improved them, built prototypes and did testing to prove that we were able to meet the new criteria.”

Linamar has also recently landed a huge engine development project. While this is mostly under wraps for now, stay tuned for details when the project comes to fruition in 2007. On the chassis side of the operation, an example of Linamar’s handiwork is its provision of components for electronic steering and the innovative Quatra Steer system, which turns all four wheels of the vehicle.

The company also produces for the transplant facilities of foreign automakers in North America, and serves the European market. In addition, Linamar has a non-auto industrial division that makes aerial workplace platforms.

Engineering Excellence
Linamar’s engineering efforts include original design in an integrated R&D effort, and process improvement programs throughout its facilities.

“At the plant level, our engineers are focused on manufacturing process engineering. They’re looking at the latest equipment and the best ways to continually improve their internal processes while reducing cost,” Stoddart says. “On the product design side, our engineering groups are involved as a corporate function to assist the manufacturing plants.”

Design, prototyping and testing are among Linamar’s strongest suits as it revs up component performance and reliability to meet customer specs. By integrating development engineering, Linamar focuses resources and investment in testing and CAD equipment, and centrally locates its engineering systems and labs.

“There’s no more sending drawings or even CDs back and forth. It’s all through the Internet on secure lines,” Stoddart says of the design and 3-D visual modeling process.

Recent capital investments in testing equipment include more than $700,000 for measuring performance of transmission shafts, clutch modules, knuckles, vacuum pumps, oil pumps and water pumps. For example, pumps are tested for performance and durability, clutch modules for fatigue, and a variety of components for various physical properties such as tensile and compression strengths. The company has documented an example in which it saved a customer more than 30 percent of original system design costs through its engineering efforts to design for manufacturability. The up-front work is done before tooling, resulting in real savings before and during production.

Success stories abound on the process engineering side also. As an example, Linamar developed equipment for machining of differential cases that significantly decreased the consumable tooling and capital equipment costs associated with making that component.

Parts and Wholes
Linamar has come a long way since it began 36 years ago. Founder and chairman Frank Hasenfratz named his company for his daughters, Linda and Nancy, and his wife Margaret. Today, Linda Hasenfratz is president and CEO of the operation, which has grown into a global manufacturer and supplier with more than 9,000 employees.

Linamar reports that it is the only company in the world currently producing every machined component in the vehicle for the automotive industry. This clearly provides an operational basis for continued future growth. The company has announced a multi-pronged strategy for expanding the business including acquiring capabilities of designing and producing increasingly complex assemblies of its components. For instance, the camshaft market is gaining outsourcing momentum and Linamar has already invested in this technology. Linamar recently acquired Federal Mogul’s Mexican camshaft facility to add the capability to machine camshafts from bar-stock.

As automakers look to suppliers for forward integration, Linamar is poised for business to evolve from parts to components, to assemblies, modules, systems and even full engines and transmissions. Complex assemblies represent almost half of sales already. Examples include awards of projects for cylinder heads including complete valve trains.

The company sums up a big chunk of its offerings as the five “c’s” of engine production – this includes its leadership position in cylinder heads, cylinder blocks, connecting rods, camshafts, and crankshafts.

“The short- to medium- term growth will be from our existing customer base– the big three here in North America because a lot of the components that we manufacture, they still manufacture in house,” Stoddart explains. “People ask, who’s your biggest competitor, and a lot of times it’s our customer.”

Look for business to boom for Linamar as those customers demand more and the supplier delivers.