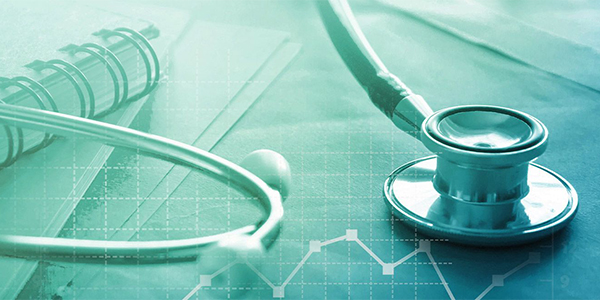 The U.S. Surgical unit of Tyco Healthcare, the industry leader in manufacturing sutures and other types of medical equipment that is used during operations, has been through a number of changes, including a new owner and shifting production operations and sites.
But one thing has remained constant and even grown through all that upheaval, and that has been the Tyco Healthcare production plant in Ponce, Puerto Rico, where an increasing number and different types of sutures are manufactured. Indeed, officials with the U.S. conglomerate have found what one might call the perfect set of business factors in Puerto Rico: reasonable labor costs, minimal taxes, the protections of U.S. law and one of the most educated workforces in the world.

Raul Cardona, the plant manager for the Tyco Healthcare facility, noted that even as the parent company opens other offshore production sites in an effort to hold down its labor costs, the Ponce plant stays strong in the types of products where worker skill is a factor.

“Some of the key companies that are based here remain for the skills of some of the people,” said Cardona. “Some of the projects that are labor intensive, they decided not to move – we keep them here for quality reasons, because when you think of Puerto Rico, you think of the advanced education here.”

From one product to hundreds
While Cardona said that some production work that is highly labor intensive and also low in complexity may have moved to other offshore nations, “if something is high in labor and high in complexity, they’re going to stay here, typically.”

The Ponce plant dates to1980, when it was built by U.S. Surgical, the long-time leader in surgical supplies that was based up in North Haven. Conn. When it first opened, the plant – where surgical sutures have always been the number one product – assembled just one product on one assembly line. Nowadays, Cardona noted, the facility in Puerto Rico produces some 313 different types of sutures, as well as scores of varieties of more sophisticated auto-sutures and related products – clips, staples, and surgical machines that fire a number of staples at one time.

“We were originally targeted for what we called, at that time, ‘shell heads,'” explained Luis Lugo, the longtime manufacturing manager at the plant in Ponce. “They were used for metal instrument cartridges, but as time evolved we got into disposable instruments, instead of using the metal over and over again. These, you can use one time and it’s no big deal to throw them away and not to have them re-sterilized. It’s more efficient, and not only to the hospital but to the patient, because this will avoid any infection or recontamination.”

Ironically, Lugo noted, the shell heads are still manufactured at Ponce today, some 24 years later, although at much lower volume than originally. He explained that certain kinds of surgical procedures still require the metal product, but conservatism in the medical community also comes into play.

“I have a theory that when you have a surgeon who for many years has always used a particular product, that they’re more conservative and afraid to switch to the next generation of research and development,” he said.

Investing in growth
U.S. Surgical had always been a pioneering company since it was founded in 1964, when it introduced the world’s first practical surgical stapler. Its Auto Suture staplers transformed the concept of surgical stapling from a little known medical curiosity to a major surgical tool, And with the introduction of the world’s first endoscopic clip applier in 1990, U.S. Surgical’s EndoClip Applier revolutionized the surgeon’s ability to remove a diseased gallbladder laparoscopically.

In 1998, a major milestone took place when Tyco Healthcare Group LP, an arm of the fast-growing conglomerate, purchased the then-U.S. Surgical Corp. Initially, some jobs were lost in Puerto Rico, but eventually the company began shifting jobs from plants in the continental United States down to the island.

In 2003, Tyco Healthcare announced a plan to add 400 new jobs at Ponce and to spend about $10.4 million on a capital upgrade at the plant. The move was announced by the Puerto Rico Industrial Development Co., which said at the same time that other medical device firms were also expanding on the island at the same time.

Overall, the group reported, the medical device industry comprises 67 plants and 15,112 jobs on Puerto Rico. It exported products worth $1.8 billion in fiscal year 2003, up 30 percent from 2002, including 50 percent of the pacemakers and defibrillators sold in the United States.

Some of that is because of the territory’s low corporate income taxes, which are capped at 7 percent but are frequently even lower than that, but experts – including officials at the Tyco Healthcare plant – believe that the skill of the labor force there is even more critical. Puerto Rico ranks sixth in the world in higher-education enrollment (per capita), and confers 9,000 degrees per year in science and engineering alone. “Some 52 percent, or more than half, of the labor force involved in the manufacturing industry have at least a high-school degree,” Cardona said. “And we have a number of people out in the production line who have bachelor’s degrees.” He noted that since Puerto Rican residents are United States citizens, they could more easily earn a college diploma on the mainland and return.

Economic development authorities in Puerto Rico are currently playing a key role in helping employment at the Ponce plant to grow. Cardona said they have allowed for very low lease rates in some of the buildings that comprise the Tyco Healthcare complex, which is now up to 315,000 square feet.

In addition, the economic development agency is helping Tyco Healthcare to offer temporary employment to some 300 workers, many of whom will likely join the permanent workforce someday. Overall, Cardona said that more than 1,300 people are currently working in Ponce for Tyco Healthcare.

“Having the Tyco muscle behind us really helps,” said Cardona, who noted that rapid growth in the company has allowed Tyco Healthcare to move some of its production work to a new plant in the Dominican Republic at the same time that it is growing employment in Ponce.

In Puerto Rico, it seems, the only thing sunnier than the weather is the climate for labor.