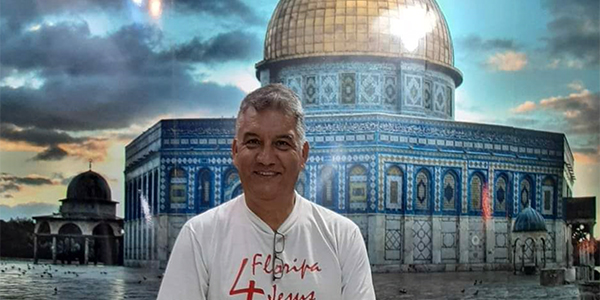 There is a piece of the planet called Brazil, located south of the Equator, that poet and singer Jorge Benjor called a “tropical country blessed by God.” In this tropical paradise, executives interact with their habitat in such a way that understanding their good humor and especially the jokes made even during the most formal business meetings is essential for capturing the ultimate intentions of their business partners during negotiations. More than the jokes, the abundant good humor reflects the attitude of survivors. They are men and women who survive the unexpected changes in government regulations, variations in consumer habits, and primarily, the oscillations (generally upward) in interest rates of a nearly monopolized banking system.

Therefore, the jokes are codes that if well understood, can be extremely useful for those of you who are managing your own business in a world that is full of uncertainties – not to mention anyone doing business in Brazil. Whether negotiating the purchase of ethanol production plants, a stake in the tourism industry, media opportunities or services for low-income consumers, understanding the codes of Brazilian humor is essential.

The joke’s on everyone
As formal as any meeting may appear, at least one Brazilian participant is ready to come up with a good joke. This is based solely on his interest in maintaining the competitiveness of himself and his partners.

It is a practice adopted during decades of managing galloping inflation (controlled only recently), stratospheric interest rates, the continued and random intervention of governments and systemic bureaucracy and corruption that require the “mastering uncertainty” style of business, a theme covered recently by the Financial Times (FT).

In the article, Difficult decisions for an uncertain world, published by FT, Donald Sull argues that differently from risk, “uncertainty arises out of the kaleidoscopic shifting of numerous volatile variables, such as regulation, technology, competition, macroeconomics and consumer preferences.”

Through your contact with Brazilian executives, you will be able to absorb the lessons they use to make “decisions for an uncertain world,” as long as, instead of laughing with them (or at them), you can understand the unique management style that is supported by the on-going quest for good humor. Jokes, which for many foreigners are characteristic of Brazilians’ friendly behavior, help local executives simulate viable alternatives for the project being analyzed. It is a style that allows them to gain time and distance themselves while the managers evaluate the “kaleidoscopic shifting of numerous volatile variables” involved in a project from its conception to final implementation.

As a foreigner, you may not even realize it, but business planning meetings, so important for managers north of the Equator, make your Brazilian business partners restrain their laughter (to maintain appearances) while all the time preparing to extract yet another good local joke. They are also very likely to anticipate an unexpected solution for the project under discussion.

According to the text, Difficult decisions for an uncertain world: “we can, however, aspire to master uncertainty in the way a seasoned sailor masters the sea.” It continues: “With insight and experience, however, a captain can harness the wind and ride out the storm. Mastery, in this sense, resembles improvisational skill rather than control.”

That is why each contact excites the latent humor of your Brazilian business partners, since even while working they are fulfilling the sacred mission of improvising the next joke. For them, joking is the key to simulating new realities, capturing trends and exercising the “what if” exhaustively. They are men and women who are able to joke about every aspect of your business plan, even those that were never imagined. It is a practice that helps them locate the securest routes and guarantee that their projects cross the turbulent seas safely.

One of the origins of jokes is when sales projections give details on likely consumer behavior or predict stable banking interest rates over a five-year period. There is a law that you will not find in any manual that is always remembered by Brazilian executives when strategic planning insists upon certain conditions. It is called the Garrincha Law. An exchange of glances between the execs: “Has he already made a deal with the competition?”

The Garrincha Law was inspired in Brazilian soccer player Mané Garrincha, Pelé’s teammate in the 1958 World Cup. Before the game with the then feared Soviet Union (USSR), Brazilian coach Vicente Feola presented the players with his strategy.

As a modern executive, Feola described what the players should do on the field with conviction: which side to attack, where to position the defense, how to use penalties. He gave his solemn guarantee that Brazil would win if the instructions were respected.

Until Garrincha asked: “Did our opponent already agree to let us do all this?” Surprised, Feola discovered that he did not even speak Russian. Garrincha and Pelé entered the field, and even without negotiating with the Russians, took advantage of the opportunities for a goal. Brazil beat the former USSR 2-1 and then went on to win the first of five World Cups.

Marco Roza is a specialist in marketing and publicity and works with both American and Brazilian companies from his office in São Paulo. He is the author of numerous books and articles on business, career and success. You can reach him at marcoroza@mdm.com.br (www.mdm.com.br)