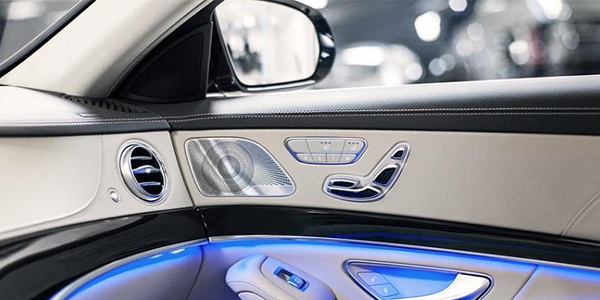 The proximity of driver’s seat to floor pedals presents a constant quagmire. Move the seat up and both the dashboard and airbag are too close for comfort. Someone taller moves in and you have to readjust seat and mirrors back to their perfect positions. The automotive industry hears your frustration.

So does Micro Craft, a $30 million automotive switch supplier headquartered in Novi, Mich. The company has recently designed a switch to be used by GM that will move the brake and gas pedals closer to you, eliminating the need to move the seat. It’s just a little innovation by a company that describes as its forte the design and manufacture of “simple technologies” – switches that operate everything in a motor vehicle from the electric mirrors, to locks, heated seats and lumbar controls – simple, small car components with a huge impact on the industry.

It was this innovative switch technology that captured the attention of Niles Parts Company Ltd., a global producer of automotive switch, sensor and actuator technologies. Headquartered in Tokyo, Niles acquired Micro Craft last February. Founded in 1949 and with posted revenues of $343 million in fiscal 2001, Niles increased its exposure in the U.S. market with the acquisition of Micro Craft. (Ironically, Niles itself had been acquired by holding company Ripplewood in April 2001, the firm’s first private equity industrial investment in Japan.)

Niles Chairman Richard M. Donnelly described the acquisition as “an excellent fit for Niles. This move is our first strategic acquisition since Niles was acquired by Ripplewood Holdings L.L.C. in 2001. We believe it is an important step in building Niles’ capability in North America, Europe and Asia. Micro Craft brings us new switch technology, a U.S. based research and development center, and additional manufacturing facilities.”

“We at Niles are absolutely confident that our business will grow globally,” Niles President and CEO Keisuke Takebe said from Tokyo about the acquisition. “The combination of Niles’ existing long term relationship with Nissan and Micro Craft’s history of product innovation for Chrysler and General Motors confirm that we are a world class company with cutting edge products which will be essential for the next generation of global passenger cars and light duty trucks. This acquisition is an important piece of Niles’ global expansion strategy, which includes plans for expansion into China and Europe.”

Family ties
It seems heady times for a small family business but as Dave Brown, general manager for the company’s Quitman, Ga., operation, puts it, the time was right for the acquisition. Micro Craft, he explains, had been limited in that it could only supply the U.S. market.

“Niles gives us a great nucleus to work from as far as engineering and R&D,” says Brown, one of two family members involved in the business (a brother, William, is general manager of the company’s Novi facility). “They have a huge tech center in Japan, so between automation and the simplicity of what we do we can now compete with the rest of the global market.”
Brown’s father, William, had founded Micro Craft in 1981 as a company that designed automotive switches; he evolved the company slowly into a manufacturing operation. “My father was involved in the auto industry for over 30 years; his forte was the design and development of switches,” Brown relates. “He eventually decided that our family could do it better and we began to produce parts for GM, Chrysler and Ford.” GM remains a major customer. Micro Craft has also provided switching systems to Johnson Controls, Delphi Automotive, Behr Industries, Lear, Eaton and TRW.

The company’s manufacturing capabilities include a FD2000 rapid prototyping system for concept modeling and Unigraphics 16 Computer Vision 6.1 CAD and auto CAD 2000 systems for design and drafting. A tooling and molding center offers customers prototype and production tooling and injection molded products. The company’s testing center specializes in environmental and durability testing and is approved and accepted by GM.

“We’re all excited about Niles,” he adds. “The acquisition gives us more buying power and a much larger supplier base.” The future growth plan, he adds, is to double the company’s size by 2006 through a combination of acquisitions, quality improvements, and new designs.

For the producer of a simple technology, these are far reaching goals that perhaps signal a future in which switches will be even more integral components of automotive interiors. If that becomes the case, Micro Craft will no doubt be the innovator behind the technology.