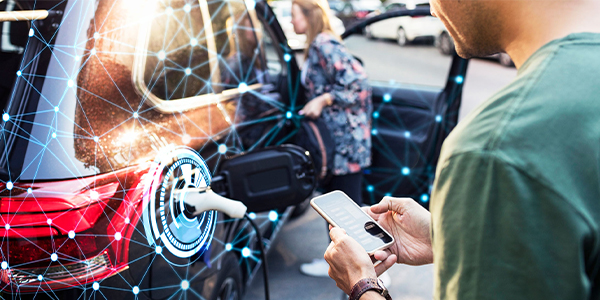 The vehicle of the future is going to need two things. It’s going to need a lot more power than the vehicles that are on the road today, thanks to increasing load demands by drivers, fleets, and environmental regulations. At the same time, it’s going to need to be safe, especially in cases when rescue workers might need to pull passengers from highly charged vehicles.That’s where the electrical expertise of the global giant Eaton Corporation comes in. The company’s North Carolina-based business, which has long been known as a maker of rocker switches, toggles, and other high quality control products, is now turning much of its expertise toward solving the electric power problems of vehicles.

Most experts believe the vehicular industry is seeing an emergence of a dual voltage system. While maintaining the existing 12-volt electrical infrastructure, there is also a movement to higher power DC (up to 340 volts) and AC systems (240 volts). This emergence is in order to power navigational aids, entertainment devices, emission control devices, and the like, but increased voltage also increases the risk for arcing faults that could take place at any time and might not be detected or prevented by current circuitry devices.

“How do you manage the electrical power in a vehicle once you get to these higher voltages?” posed Mark Guild, director of global marketing for Vehicle Controls, part of Eaton’s Electrical division. “Because one could conceivably survive an accident, but get electrocuted exiting the vehicle.”

Technology from the home
That’s why Eaton engineers are working on how to take the pioneering technology that the company developed for dealing with house fires, called arc fault circuit interruption, or AFCI, and apply it to the vehicular industry: automotive, truck, agriculture, construction, and specialty vehicles. This way, if an arc fault is detected in a vehicle, Eaton’s patented AFCI will arrest the current, reducing the risk of potential fire hazards or injuries.

“In your house, if you pound a nail into the wall and hit a wire, the circuit breaker normally would not trip, but an AFCI circuit breaker will detect the anomaly in the current and trip the breaker,” said Lou Rosen, the general manager for Vehicle Controls, based out of Selma, N.C. “The firefighters’ associations embrace this, because it will prevent 85 to 90 percent of electrical fires. And if we can use this in a building, why can’t we use it in a vehicle?”

Guild comments that while rescue workers have long been aware of the most popular hybrid vehicles such as the Honda Civic and the Toyota Prius, the new highly electrified Ford Escape hybrid poses a major risk for emergency crews because it looks identical to the traditionally powered model. Eaton’s Electrical unit approaches this problem with a natural advantage, since Eaton has already developed and mastered the AFCI technology for homes and for related uses. By putting this technology in vehicles to shut down the current in catastrophic cases, injuries are prevented and lives are saved.

For Eaton Electrical, solving electrical problems is almost as old as the electric light itself. The forerunner of the unit was Milwaukee-based Cutler-Hammer, which was established in 1892 and worked with Thomas Edison.

In 1977, Eaton bought out Cutler-Hammer, which was a $700 million company at the time. In that era, the unit focused on commercial switches and circuit breakers for a number of industries, including aerospace, power tools, and business machines made by IBM or its competitors. But since then, some of those sectors, including power tools, were divested while others shifted within Eaton.

During the 1980s, the division, which for a time was known as Eaton Commercial Controls, began to “dabble,” as Norm Colle, director of global sales, put it, in the vehicular sector, and as vehicles became more sophisticated electronically, the unit as a maker of electro-mechanical switches, sought ways “to leverage that technology.”

One trend that has placed a greater urgency on the effort to manage power in vehicles has been the rise of so-called hybrid-vehicles, which have combustion engines but also rely heavily on electric power. This technology can greatly increase gas mileage while reducing air pollution. Eaton officials say this is part of a broader trend to make vehicles more “Green” (i.e. environmentally friendly). In these vehicles, Eaton Electrical has the ability to manage, control, and protect the vehicle’s electrical systems while keeping the occupants safe.

Going global
Norm Colle said that the employees of the Vehicle Controls business are scattered among several different Eaton sites. While the unit is headquartered at the North Carolina plant, there is also a manufacturing plant in Reynoso, Mexico, service centers in Asheville, N.C., and The Netherlands as well as a sales force that covers North America and Europe.

Many of the breakthrough ideas come from what Eaton calls its Innovation Center, which is located in Milwaukee, the former home of Cutler-Hammer. About 250 engineers are spread out between Milwaukee, Pittsburgh, North Carolina, Mexico, and Europe. These engineers work on the leading-edge of technology ideas that end up in finished products.

“A big thrust is to become less North American-centric and to be doing more and more around the globe,” Rosen explained. Part of that effort involves strengthening connections with the new wave of trans-Atlantic alliances that have formed among truck companies and multinational companies in the construction and agriculture markets. He noted that Eaton Corporation recently developed a campus site in China, and he expects to see the Vehicle Controls business there in the future.

Rosen also noted that the Vehicle Controls business relies on a knowledgeable direct sales force, which is unusual within its sector of the industry. “We feel that having a direct sales force communicates that we’re an intimate partner to the customer,” he said. The division continues to manufacture its bedrock products like rocker switches and toggles, and Colle said that currently a significant portion of the switches are made for commercial uses, but the majority are manufactured for vehicles.

But increasingly, Eaton has been working on more and more sophisticated projects, like VORAD, a high-frequency radar system that transmits radar signals from the front and side of a truck. When it detects a potential hazard, a small display unit, an eVU produced by the Vehicle Controls business, emits a combination of lights and audible tones to warn the driver to take evasive action before an accident happens.