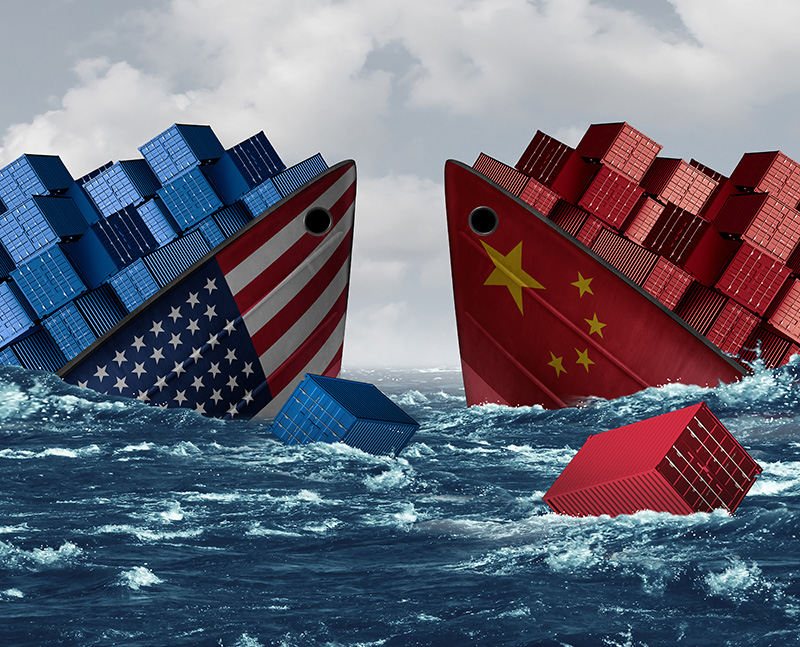 Businesses have been enjoying a period of strong growth. That’s particularly true of middle market companies – those with revenues between $10 million and $1 billion – that account for one-third of private sector GDP and employ almost 48 million people. A recent report by the National Center for the Middle Market (NCMM), of which I am Executive Director, shows that revenue for the average mid-sized company grew 8.6 percent in the last year. The report, 3Q 2018 Middle Market Indicator, based on a survey of 1,000 middle market C-suite executives, finds a lot to cheer about. Along with revenue gains, employment growth, economic confidence and an appetite for investment all continue to be strong.

But the MMI also also reveals intense and growing concern about the effect trade policy, and in particular the U.S.-instigated trade war, may have on this growth. By a two to one margin, company leaders in all types of industries see tariffs as harming their businesses. These trade concerns first surfaced during the second quarter of 2018 when our 2Q survey showed that the Trump administration’s newly imposed taxes on steel and aluminum imports from Canada, Mexico and the European Union were beginning to negatively impact business optimism. They escalated over the summer, with the imposition of a series of levies and counter-levies that led to further unease among business executives during the period of time our 3Q report data was being collected. The data were gathered in the first two weeks of September, just before the U.S. government imposed another $200 billion of tariffs on Chinese goods in September followed by China’s retaliatory response; (it is likely that businesses’ fears have increased since then.)

The result of the growing trade war has been a significant decline in expectations that business performance will continue at its stellar pace. Fewer than a quarter (22 percent) of leaders expect a more favorable business climate in the fourth quarter of 2018. Almost six in ten middle market leaders say tariffs will raise their costs and one-third expect that their profits will suffer.

A few subsectors like steel may benefit from these tariffs, but manufacturers and others who use steel will not. But the trade war’s effects will extend far beyond manufacturing. Our report finds that 89 percent of wholesalers, 62 percent of construction and manufacturing companies and 57 percent of retailers expect their costs to mount as a result of tariffs.

Facing pressures from tariffs as well as rising labor costs due to low unemployment, many companies are unwilling or unable absorb these mounting expenses and plan to pass them on to their customers by raising prices. Since it usually takes about six months for price hikes to make their way onto store shelves, consumers will likely start seeing their bills go up in early 2019. Not all costs can be passed on, however, and approximately one-third of middle market companies say that their profit margins will shrink.

But costs are not the only downside to tariffs. Many companies also see the disruptions to their commercial relationships. Among wholesalers, retailers and construction and manufacturing companies, 42 percent to 50 percent say that they will seek out new suppliers or renegotiate terms with their current ones. For some companies, these disruptions may be even more significant than the rising costs from tariffs. There is grave concern that once fractured, these relationships may disappear forever. Foreign companies may move on and find non-U.S. businesses to rely on instead. For example, American soybean growers have expressed concern that Chinese buyers who have shifted their business to Brazil may never come back.

While many companies are being forced to change suppliers, doing so is not a simple matter. Successful supply chains are rooted in deep and trusting relationships that have been developed over time. NCCM research has shown that in recent years companies have narrowed the number of suppliers they work with in order to ensure the quality of the services and goods they depend on. It takes time and resources to find the right partner and develop an understanding of how to best work together. The shifting sands created by trade wars make it difficult to know and trust your suppliers.

The companies that are being hardest hit by the effects of tariffs are those with annual sales of between $50 million and $100 million. These are organizations that are large enough to be doing business in global markets but probably not big enough to have overseas operations that might allow them the flexibility to move production from one country to another to help avoid tariffs. Additionally, they may be feeling further pain because they’re competing with larger companies that have that option and are therefore able to keep costs down. Smaller companies with sales of under $50 million are probably more U.S. focused so are less likely to be in exposed to the trade tariffs.

Prior research conducted by NCMM examining the critical factors to business growth is further proof that trade wars are not good for business. The report, The DNA of Middle Market Growth, found that among the seven growth drivers identified, expanding into new markets, including foreign ones, is by far the most important attribute of fast growing companies, accounting for more than a quarter (28 percent) of overall growth.

The US. economy continues to show incredible strength and business confidence remains high. But middle market executives are sending a strong message that trade wars are not helpful. At a time when many companies have the resources and ambitions to grow beyond our borders, trade wars threaten to limit access to these new markets and stunt growth potential.

About the Author
Thomas A. Stewart is the Executive Director of the National Center for the Middle Market, the leading source for knowledge, leadership and research on mid-sized companies, based at the Fisher College of Business at The Ohio State University. Stewart is an influential thought leader on global management issues and ideas: an internationally recognized editor and publisher, authority on intellectual capital and knowledge management, and a best-selling author.