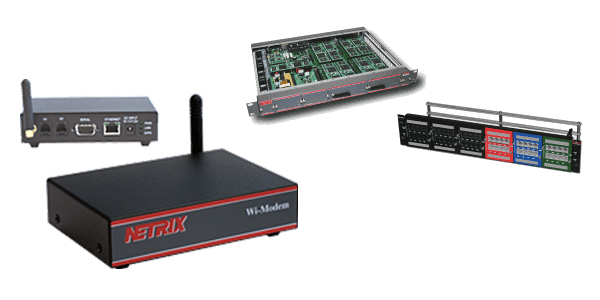 “Our motto says it all, and that is that ‘ASC is where specialty vehicles come to life.'” So says Larry Doyle, president and chief executive officer of ASC Incorporated, the Southgate, Mich. based manufacturer of specialty vehicles. The company’s customers span the auto, the marine and the consumer-products industries, but its primary focus is on its auto-making customers. “Our main mission, our vision and our drive is to be a full-service supplier of our specialty-niche vehicle expertise,” says Doyle, “whether its building a show car for $3 million, an auto design or clay model, or building prototypes, or engineering and developing a complete specialty vehicle.”ASC’s chief competency is specialty vehicles with open-air systems such as convertibles, retractable hard tops and sunroofs. “Yet we’ll get into everything from enhanced performance, integration of entertainment and voice systems, and specialized power-train performance,” says Doyle. “We basically play in open-air performance vehicles – the life-style, fun side of vehicles.”

Doyle also stresses that “ASC doesn’t do everything. We use strategic partnerships to find the best performance package. We’re the integrator of the package. We do everything to the OEM’s standards, and that to me is very critical. When the consumer buys a PT Cruiser that we’ve worked on, for example, he’ll buy it coming in at Chrysler quality standards. We want our products sanctioned and authorized by the OEM.”

Good Ideas
The company has taken its concept-to-product approach and formalized it within the company’s structure through the Creative Services division. Doyle views this division as vital to the company’s mission: “One of our critical core competencies is creativity and innovation. Plus, the market driver in our business is customer intimacy. Creative Services gets us right up into the future heart of that OEM.”

The Creative Services division formalizes ASC’s function as its customers’ “idea” producer. As Mark Trostle, a 27-year ASC veteran who was recently promoted to president and chief operating officer of the division, explains, “We take an idea, help develop the idea and carry it through to the making of a finished product.”

As Trostle explains, creative input has been part and parcel of ASC’s customer service throughout its history. The division, however, was launched about four years ago as a stand-alone entity. “Today, 85 percent of our creative efforts are externally focused,” he says. “This division has provided the means for the company to grow the creative-services capability and expand it.”

Growing from Sunroofs
Creative Services is a major vehicle to realizing one of ASC’s prime missions: “making cars fun.” That mission dates from the company’s very first day, in 1965. ASC, then known as American Sunroof Company, was founded by Heinz Prechter, a 21-year-old engineer from West Germany. Over the next 15 years, the company expanded into luxury roof treatments and other specialty auto options. The company changed its name to ASC in 1982; five years later, the acquisition of a major trim manufacturer put the company near the top as a supplier of trim systems, particularly to the North American trucking industry.

The list of products and services ASC provides includes specialty vehicles, especially convertibles, of which it is the worldwide leader; engineered systems, such as open-air, mobile-entertainment and exterior-styling systems; composite systems; and after-market products. The currently running specialty vehicles that ASC has worked to produce include the Toyota Solara Convertible, the Pontiac Firebird WS-6, the Chevrolet Trailblazer and the GMC Jimmy Diamond Edition. The company has also supplied the entertainment systems installed in GM’s minivans and convertible systems to BMW for the Z3, to GM for the Camaro and the Firebird, and to Mitsubishi for the Eclipse. The company also provides removable hardtops for the BMW Z3 and the Dodge Viper, and paints all of the Viper’s body panels.

The Creative Services division performs what Trostle calls “concept engineering. A customer will come to us and say it’s looking for something different in open-air (convertibles). We begin with concept sketches and take the project right to building a vehicle or property. It’s a unique ability on our part.”

As Trostle emphasizes, Creative Services isn’t necessarily confined to the automobiles. “The division has done work for manufacturers in the marine industry and in consumer products. As we look at prioritizing, we’d like to remain in the auto sector because it’s where our core competency is. But as something comes along that looks to be a good fit or that challenges our designers, we’ll get involved in it.” Nevertheless, he adds, the major growth opportunity for Creative Services remains in the auto industry, in which both the major manufacturers and the Tier One suppliers are interested in these services.

There is little doubt that Creative Services could lead to significant expansions in ASC’s business down the road. “We’re more or less the forward observers,” says Trostle of the division. “We have the opportunity to understand our customers’ product strategy and to have an influence with them. We have the insights that could potentially lead to future business on the actual production side down the road. We can do more with the customers’ up-front product people. For example, we now have a facility in Warren, Mich., across the street from the GM product development facility. Opening this facility shows how Creative Services makes us more intimate with our customers.”

“Zero to Market”
That new facility demonstrates another of ASC’s strong points – its participation in its customers’ efforts to get new products quickly to the marketplace. (The phrase “zero to market in months” is taken from the company’s product literature.) The company employs a team of professionals whose expertise is in plant startup and operation, and whose goal is to get a new product to market in the shortest time possible. As of October, says Trostle, ASC numbers 18 to 19 customer-focused facilities, located around the world. “In the past two years,” he adds, “we’ve opened close to half a dozen new ones dedicated solely to new product offerings.

“Our customers are trying to figure out how to get an idea to the market quickly. We embrace that from product development all the way through our lean-manufacturing concept. If there’s a product idea embraced by a customer, we have to be able to do it quicker and more efficiently because that’s our strong suit.” An example of how this works, cited by Trostle, was a recent project done for GM: “We actually went from product concept to opening a new plant to produce the GM U van (the Warner Bros. Edition Oldsmobile Silhouette Premiere and Pontiac Montana models). All of these facilities are set up to be QS 9000-compliant, and all of them use flexible manufacturing design to allow for the expansion of the product offerings that emerge from their assembly lines.

Another distinctive ASC endeavor is its after-market business. Using its American Sunroof Company brand, one of the most recognized after-market brand names in the business, the company has an extensive after-market product line that includes automobile accessory systems. The after-market sector works closely with the dealerships in developing accessories for vehicles, and has also set up a network now consisting of 200 licensed sales and service centers that both sell and service the after-market line.

“We see great opportunities there,” says Trostle. “Customers are demanding more personalized vehicles, and if they can’t get them at the OEM level, they’ll go to us in the Tier One sector and to the dealer level.”

The ultimate customer, the driver of the car in which ASC had a hand in producing, provides the key to company’s business. This is why the company works as hard as it does in its relationships with the auto makers. “At the end of the day, its the GM, Ford or Chrysler people who make the ultimate decision because it’s their brands,” says Doyle.