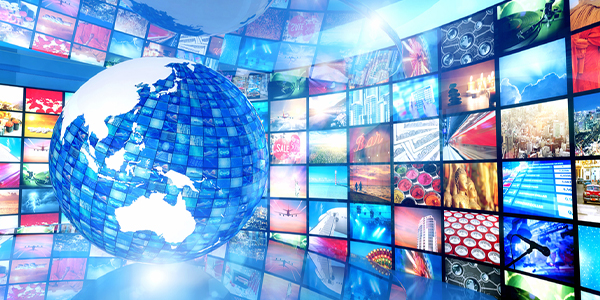 The key to growth within the leisure and entertainment industry, a pastime that sees millions in revenue annually, lies within a little known abbreviation: FEC, which desperately needs more attention, as virtually no one outside the industry recognizes the term even when it’s spelled out – Family Entertainment Center. It’s only been in the past couple of decades that the concept itself has existed in any numbers. There have been miniature golf courses. Go cart tracks. But we didn’t have an FEC until these types of facilities started adding multiple attractions. The idea really took off in the late 1980s and early 1990s. For several years in a row in the early 1990s, Entrepreneur magazine listed FECs as one of the hottest new opportunities.

In the late 1990s, things began to level out. Some will remember the rapid rise and fall of children’s indoor, soft playgrounds. Most well known was Discovery Zone, but there were nearly a dozen such concepts. Today, there are virtually none. They failed for a variety of reasons, but they still exist as an element within a more diversified FEC.

A new fun trend
Today, FECs are still being developed. Mostly these are more sophisticated operations and their owners and managers are more knowledgeable about the industry and have adequate capital. The tag line “Where Fun is SERIOUS Business” helps to underscore the importance of the modern FEC. In addition, today the people who are getting into the business are more likely to be business people experienced in this type of entertainment facility or they educate themselves before they dive in.

Still, the industry is set to undergo other changes into this new century and millennium. Many seasoned consultants and operators see the industry evolving in different ways.
George Smith, a former President of IALEI who was Vice President in charge of Business Development for Namco- Cybertainment for many years, and who is now President of the Family Entertainment Group, and Vice President Business Development, Animaland, Inc., said he is noticing that “What’s old is new again.” The hottest sector in entertainment, he observed, is bowling – not like those bowling “alleys” of yesteryear with leagues and middle aged men drinking beer and smoking. In its current configuration, bowling looks like this: Instead of a commitment of 10-15 weeks for a league, young people who have discovered bowling are seeking different avenues of fun. Facilities centered on bowling are livelier and trendier than their counterparts of yesteryear. Examples are the Lucky Strikes and Main Event venues. They are so successful because the whole family can participate close to home for a moderate amount of money – and these venues have many other attractions, such as a lounge bar, snack bar, games and various other features and special events.
Miniature golf is another example of what’s old is new again. Shantz out of Canada offers a new updated theming using black lights. For a moderate cost an entrepreneur can get a business up and going and have an exciting fun center that everyone likes updated to attract young people.

The familiar pizza place is taking on the elements of an FEC as well. Examples include John’s Incredible Pizza, Mr. Gattis, and Incredible Pizza Planet. These offer 50/50 food and entertainment, a credible food buffet or credible food product at moderate cost so the whole family can all go, be entertained and have a great time. It’s a family environment where Mom and Dad can still enjoy a beer.

Small facilities focused on the local community are doing well. Chuck E. Cheese continues to be a local operation and at an average size of 9,000 to 15,000 square feet, its facilities are sized to work. Several years ago, Disney experimented with fun centers. One reason they failed was that they were over-sized and over-themed, so return on investment was way below expectations.

“So in some ways the first decade of this century looks a lot like the 1950s; more people are staying home or close to home because gas is expensive and large venues raise fear of terrorists threats, “Smith said. “Dating youth can go to an FEC and have a great time and spend the whole night there for a reasonable cost.”

Jill Hofer, a consultant who counts many years of experience with successful fun centers, noted, “For the fun parks I have worked with, particularly those near the U.S.-Mexico border, a large increase in revenue can be attributed to visitors from Mexico as well as Hispanic residents enjoying the fun centers as a family. The Hispanic market is growing throughout the U.S. and is perfectly aligned to the products and services of the amusement and entertainment industry.”

The activity level of the modern senior citizen also lends itself to the insurgence of fun centers. “The aging baby boomers of the United States are more active than any senior generation in history,” she explains. “This, coupled with the national increase in grandparents raising their grandchildren has resulted in an increased market for the entertainment industry.”

Anyone who has been in this business for very long is aware of the buying power of kids, Hofer noted, adding, “Kid buying power has risen steadily over the past several years. Resistant to downturns in the economy, employment slumps and national crises, the spending power of the teen and youth market, as well as their influence over household and parental purchases, has grown at a steady pace and there is no sign of a slowdown.”
Often, family entertainment centers are locally owned, and most employ a large number of young people. Additionally, family entertainment centers are “consumers” of myriad products and services, ranging from janitorial services to paint to staplers. In these ways and more, family entertainment centers contribute to the sustainability of any local economy. “From the non-financial standpoint, FECs provide a haven for families to forget their cares and stresses for a while to enjoy life and play together. This fact alone makes FECs and businesses within the entertainment industry important in our local (and national) community,” Hofer said.

Dennis Speigel is President of International Theme Park Services. Originally his company specialized in designing, building and operating large theme parks both in the U.S. and overseas, but in recent years, ITPS has broadened its scope and includes many FECs in its client list.

He noted that family amusement and entertainment has always been important to the American public and also internationally because “it provides wholesome family entertainment and an escape for people who want to get away from their problems.”

“What’s happening right now, but will change as our industry always changes, is that we’ve moved away from the large green field sites to more of the local smaller attractions both indoor and outdoor,” Speigel explained. “We pretty much have saturated the market in terms of the big parks but still have lots of room for growth in these smaller community centers.

Many experience substantial success, but they never just sit back and enjoy it. Even if everything is perfect, it will have to change, because in entertainment, it’s always, “What’s new.”

Carole Sjolander is Executive Director of the International Association for the Leisure and Entertainment Industry, which supports the various businesses within this industry with programs and annual events. Sjolander can be reached at carole@ialei.com or at 888-464-6498.