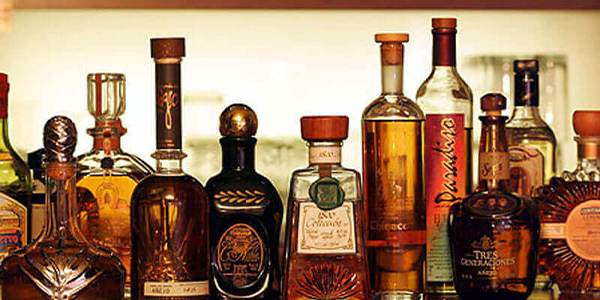 Mexico has its share of fine liquor. But none of it is made from a century-old recipe, with the finest ingredients in Scotland, and aged for 12 years in oak casks. None of it until now, that is. This year, the prestigious Dewar’s brand brings to Mexico its 12-year Special Reserve blended Scotch whisky.

Part of the Bacardi group of brands, Dewar’s has had a presence in Mexico for years, with its White Label whisky. The 12-year reserve, however, is a step toward the finer side of things, a whisky for people who know their drinks and like the feeling of a rich scotch rolled luxuriously over the tongue.

Bacardi’s Dewar’s brands have won countless awards around the world, almost from the very start in 1880. The 12-Year Special Reserve by itself has won 18 awards since its creation in 2000. Dewar’s has always been a world-class Scotch whisky in all its forms. Now, it’s set to conquer Mexico.

Dewar’s 12-Year Special Reserve has a history that goes back a lot longer than 12 years. It all started with the founding of the brand by a young man named John Dewar, the son of a Scottish farmer. After growing up on the farm with his father, Dewar went to the city to work with his uncle in the wine and liquors business.

He never forgot those waving fields of grain he grew up in, however, and it wasn’t long before he set to work to use that grain to make some of the best Scotch whisky ever created. In 1880, he built a distillery and founded a brand that would last longer than a century: Dewar’s.

By 1893, the company – Dewar’s & Son’s – had the first of what would be many great successes for the company when it became the official Scotch whisky supplier of the Royal House of Britain and was granted the royal seal. Every single British monarch since then has recognized the whisky and granted it the Royal Seal of Guarantee.

Other royal recognitions have been granted to Dewar’s Scotch as well. In 1907, the king of Spain gave the liquor a nod, as did the kings of Switzerland and Germany in 1909, a clear indication that by then, Dewar’s was an international brand. The recognition continued into the 50s, when the brand was granted the coat of arms of Isabel II, which the bottle uses to this very day.

Early awards included the first medal in 1886 in an international competition in Edinburgh. The brand would go on to win the Scotch of the World award in the 1930s, and between the 1960s and 1980s no less than six more royal recognitions.

Says Iñaki Landáburu, marketing vice president for Bacardi Mexico, “In recent years the whisky market has grown significantly in Mexico. We now find that whisky consumers are younger. The image of our grandfather with a glass of whisky is now out of date.

Dewar’s has exceptional quality, he adds, a unique double aging process and an amazing history that goes back more than 160 years. We are so confident in the superior taste of Dewar’s 12 that we invite whisky lovers to a blind taste against their favorite whisky.”

Through out time Dewar’s has been a popular whisky in over 50 countries, becoming number one in sales in the U.S. for a blended whisky. “This gives us the confidence that Dewar’s will rise among its competitors. With every drop of Dewar’s 12 you taste the perfectly crafted result of 150 years of blending heritage,” Landáburu says.

Indeed, as monarchy and its various perks have fallen by the wayside, Dewar’s has sought – and won – recognition in the modern world’s more democratic and meritocratic environment. In the last few years alone Dewar’s has won dozens of awards at numerous competitions.

The 12-Year Special Reserve alone has won 18 awards since it was created in 2000, and the Dewar’s whiskies have won at least 125 medals and awards total.

In 2007, for example, Dewar’s entered and won awards in three world-class competitions and added 13 new medals to the trophy room. Monde Selection in Belgium is put on by the World Institute for the Selection of Quality, an organization recognized formally by the European Commission for its commitment to annually indicate some of the best wines and spirits in the world.

With all this award-winning goodness arriving in Mexico in the form of Dewar’s 12-Year Reserve, it’s worth taking a look at what’s in the bottle. The master behind the work is Tom Aitken, the same blender who perfected the 200-year-old blend for Dewar’s White Label originally designed by the legendary A.J. Cameron.

The double aging process was pioneered by Dewar’s first Master Blender A J Cameron and it is a process that Aitken, creator of Dewar’s 12 has continued in his work.

Essentially, after the blending stage when a careful selection of whiskies are blended together in different proportions, most whiskies are bottled immediately. “This is not the case for Dewar’s 12,” Landáburu explains “The blend is then placed back into specially selected oak casks where the whisky is allowed to mature for up to six months. Only when the Master Blender deems the whisky to have reached perfection will the blend be bottled ready for market, resulting in a far superior silky, smooth and well balanced whisky.”

The magic being in the blend, and the whole being greater than the sum of its parts, Aitken’s challenge was to find whiskies whose combined flavors would become something new and special. Once the whiskies are blended, they are aged for another period in ancient, specially-selected oak casks. This allows the aromas and flavors of the whiskies to harmonize and blend together, to form that end single product: a smooth, delectable, and world-class Scotch blend.

The end product is unmistakable. The color is a rich, deep amber that comes alive when splashed into a glass, over ice or straight-up. The aroma is complex yet balanced, a union of the voices of all individual whiskies, blended together to create one mature and invigorating waft of the Scottish highlands.

On the palate, the whisky has a rich flavor with a touch of sweetness and fruits, and a warm roundness on the tongue with a light touch of oak. The body of the whisky is refined and smooth, the medium build one would expect from a high-quality whisky blend, while the finish is prolonged and full of flavor. Dewar’s has not conducted any official or formal independent taste tests Landáburu says, adding, “However, our brand ambassadors conduct taste tests all over the world with Dewar’s 12 consistently selected as the preferred choice. In addition, Dewar’s 12 has won many medals in its short six-year history, most recently the Grande Gold at the Monde Selection Awards. Most young consumers, he adds, like to mix whisky with soft drinks like coke or those which add a fresh taste like lemon lime soft drinks or ginger ale.

Whisky on the rise

The world market for premium liquors is expanding as fast as its wealth, and so as Mexico continues to boom, it’s no surprise that Bacardi has decided to launch its premium Dewar’s 12-year reserve blend there.

With such a long prize-winning pedigree and a history as rich as its flavor, this whisky is sure to make an impression.