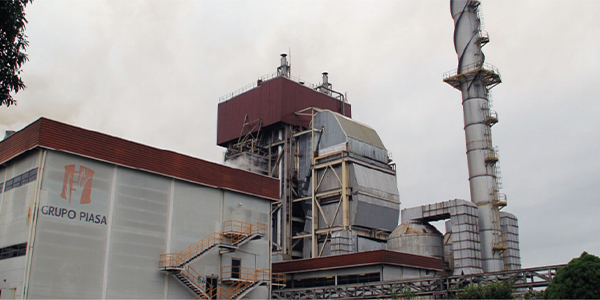 When Mexican sugar conglomerate Piasa Group was put together in 1988, its purpose was clear: to secure access to the raw material needed by Coca-Cola bottling operations in Mexico. The conglomerate’s two sugar mills were purchased from the Mexican government, and several other companies involved in the production, sale, and distribution were added to parent company Promotora Industrial Azucarera, S.A. de C.V. to form the Piasa Group.
Now 20 years and one North American Free Trade Agreement later, Piasa finds itself grown much beyond its original calling and facing brand new opportunities – and new threats. In 2008, Mexico will comply with NAFTA’s free trade timetable by opening its sweetener market to U.S. and Canadian competition. With the U.S. sugar industry being the fifth largest in the world (not to mention the flood of high-fructose corn syrup that country produces) a lesser company than Piasa might be scared out of its wits.

But Piasa refuses to be daunted, and for the last decade has been quietly preparing itself for the Yankee onslaught. Through its robust program of reinvestment, expansion, and modernization, it will meet the new competition head-on. At the same time, it plans to take advantage of those newly-opened borders to make a northward incursion of its own.

Solid infrastructure
Piasa is Mexico’s second largest producer of refined sugar. It holds 20 percent of that market and 7 percent of the sugar market overall. Its sales have risen 10 percent for the last two years to $246 million, and Piasa is aiming for sales approaching $274 million in 2007 – a 9 percent increase.

Although Piasa was officially founded in 1988, its two sugar mills go back a little further than that. The smaller of the two, the Adolfo López Mateos Mill, is located in Tuxtepec in the state of Oaxaca. It was completed in 1968 thanks to a joint financing arrangement between the governments of France and Mexico. The industrial facility covers more than 100 acres, with another 160 acres of land reserved for experimental sugar cane growth.

The other mill, known as the Tres Valles Mill, is bigger and a bit younger than its sister. It was constructed in 1978 by the federal government and operated by Azucar S.A. until its purchase by Piasa in 1988. It sits on over 200 acres of land in Tres Valles, Veracruz. Individual daily production of the Adolfo López Mateos and Tres Valles mills are 1,100 and 1,700 tons, respectively, though their installed capacity is much higher than that. Annually, the Piasa Group produces 485,000 tons of refined sugar, as well as 100,000 of syrup and 22,000 tons of brown sugar.

In terms of its management and sales, Piasa runs its operations out of office space located in Puerto de Veracruz, Veracruz.

The company employs more than 1,500 people. Its raw sugar cane providers include more than 6,500 individual and independent farmers.

International technology
Piasa runs a tight ship at its two mills. These are constantly updated with the best equipment from around the world. According to Piasa CEO Efraín Ayestarán Zambrano, company representatives have traveled the world to hand pick and bring home different technologies from the countries that do them best. For example, the mills that crush the sugar cane come from Brazil. The clarifying machinery, meanwhile, comes from Australia (SRI); evaporation and crystallization from France (Five Lille Cail); centrifuge from Germany (BMA); and the refineries are English (Tate & Lile).

The mills are equipped with the highest-quality stainless steel tanks, and are among the most automated and modernized in Mexico. Piasa keeps itself on a regular rhythm of three-year plans, and reinvests $10 million of its own funds every year into improving productivity at its operations.

Increasing quality standards
Along with keeping up with modern times at its mills, Piasa has been vigilant in maintaining the highest of quality and sanitary standards in its mills. According to Ayestarán, Piasa’s facilities exceed the production standards required of the sugar industry by the Mexican government. In terms of international purity standards, Piasa’s sugar ranks among the highest-rated in the world in whiteness.

Coca-Cola (one of Piasa’s larger customers along with Cadbury Adams and Nestle) rates Piasa as a grade “A” supplier – Piasa being the only Mexican sugar mill to have received such a rating. Other certifications Piasa has acquired over the years include an ISO 9001:2000 quality control rating, a U.S. Food and Drug Administration certification, and a Kosher registration. Piasa has also been careful to meet the Mexican government’s environmental standards for sugar mills as well.

Opening of the Mexican market
Considering all that, Piasa is a strong and competitive company in the Mexican market, yet in less than a year that won’t be good enough. NAFTA’s timetable requires Mexico to open its sugar market to competition from the U.S. and Canada on Jan. 1, 2008. Soon, Piasa will have to compete with the behemoths of the U.S. agriculture industry.

For that, Piasa has been quietly preparing itself for more than a decade, mostly in mill modernization measures, as well as by steadily increasing productivity and quality standards. “For us, we’ve always managed the company through a three-year strategic plan,” Ayestarán explained. “And every three years we’ve implemented new cost reduction strategies.”

This is because at the front of Ayestarán’s mind is not the sugar that will come from the North, but the much more voluminous and much less expensive high fructose corn syrup. Piasa is planning a five-pronged defense. First, it plans to keep its own production at 450,000 tons per year, at minimum. Second, it is looking at expanding dramatically by purchasing certain state-owned mill capacity that will go on the block when the Mexican market is opened.

Third, Piasa will be looking to move into the American market in several possible ways. One would be to partner with an established American company, but specific plans are still being evaluated. Fourth, Piasa plans to continue to maintain a high rate of reinvestment, the same as it has been doing during recent years. They have also been receiving investment inquiries from American companies looking for partnerships south of the border once the sweetener market is opened.

Looking at renewable energy
And finally, Piasa is planning to diversify into the electricity business. When the sugary juice is crushed out of sugar cane for refinement, about 30 percent of the cane remains, a by-product know as the bagasse. The bagasse can be burned to supply the needs of a sugar mill, and in such a way it can also be used to produce electricity. Hopping onto the renewable energy bandwagon, this is what Piasa plans to do with its bagasse in the near future.

The possibility exists that someday (Ayaestarán said it will take at least eight years) Piasa can enter strongly into production of ethanol, a fuel alcohol made ideally from sugar cane. In the meantime, however, the renewable energy boom in the United States will help Piasa in another way: By using a large volume of the corn product, driving up prices, and making high fructose corn syrup more expensive and less competitive.