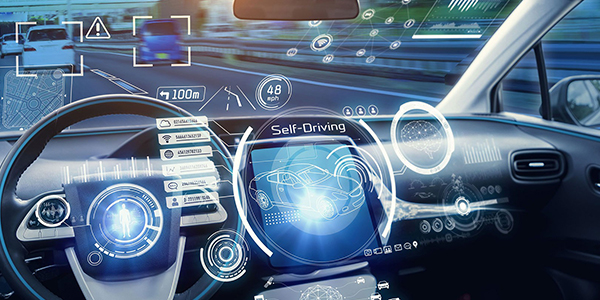 ZF Group, formally known as ZF Friedrichshafen AG, has headquarters in the southwestern German city from which it takes its name, and where it was founded in 1915 by Count von Zeppelin, the famous airship builder. Since then, it has steadily expanded its worldwide production facilities to accommodate high-volume contracts for its driveline technology, steering and suspension components, and complete systems. The company achieved sales of $5.9 billion in 1998 and employs more than 30,000 people in more than 50 facilities in 17 countries.In September, ZF Group Chief Executive Officer Dr. Klaus Bleyer commented on the company’s projected sales volume of 6.2 billion euros (about $5.4 billion) for this year, and cited the growing importance of the North American market. “There has been a progressive increase in sales in the NAFTA (North American Free Trade Agreement) region,” Bleyer said. “For the entire year, this will reach a share of 25 percent of our overall sales, as opposed to 22 percent in the previous year. This is in spite of the already declining truck business in the region.”

ZF has had a foothold in the United States since 1979, when ZF of North America, Inc., was founded in Chicago. Its activities here are now overseen by ZF Group North American Operations (NAO), which handles the high-volume production demands generated by NAFTA, which went into effect in 1994. This agreement is gradually removing tariffs and other trade barriers on most goods produced and sold in North America by the United States, Canada and Mexico.

With sales of $810 million in 1998 and $1.4 billion in 1999, ZF Group NAO – which encompasses ZF Lemforder Corporation and ZF Industries, Inc. – expects revenues to exceed $2 billion by 2002. Its headquarters are in Florence, Ky., near Cincinnati. About 4,300 employees work there and in the company’s 16 U.S. production sites, and in the Chassis Technology Division plant in Mexico.

ZF’s decentralized corporate structure permits a high degree of market and customer proximity, and enables the various divisions to adapt their business practices to accommodate the individual needs of their customers. In keeping with ZF’s recognition of the need for local presences within a global network, all the strategic global divisions of ZF Friedrichshafen AG operate at least one production facility in the NAFTA region.

The Commercial Vehicle Division produces light-truck transmissions in Gainesville, Ga., and medium- and heavy-truck transmissions in Laurinburg, N.C., as part of a joint venture with ArvinMeritor. Automatic and continuously variable transmissions (CVTs) are manufactured by a joint venture with Ford Motor Company at ZF Batavia LLC in Batavia, Ohio. Manufacturing for the Off-Road Driveline Technology Division is in Chicago. The Chassis Technology Division produces chassis components and axle systems in Brewer, Maine, Hebron, Ky., Duncan and Lancaster, S.C., and Toluca, Mexico. Axle systems for Mercedes are manufactured in Tuscaloosa, Ala.

ZF Lenksysteme (Steering Systems), a joint venture with Robert Bosch AG, produces steering components and systems in Hebron and Dry Ridge, Ky., and at ZUA Autoparts, a joint venture with Unisia JECS in Oakwood, Ga. The Marine Division headquarters is in Fort Lauderdale, Fla., with sales and service facilities in New Orleans and Seattle, and a new production facility also located in Seattle. A new facility in St. Thomas, Ontario, which will supply the commercial vehicles industry with steering systems, will be operational by mid-2001.

Research-and-development investments amount to 5 percent of the ZF Group’s total sales, as the company strives to maintain its leadership position and reputation for superior quality and advanced designs. ZF’s corporate research-and-development center in Friedrichshafen employs almost 500 of the company’s 2,400 development engineers. These specialists are engaged solely in research for all divisions and global markets. In the United States, 200 highly qualified engineers work on automotive product development and research at the new technical center in the greater Detroit area. Another 200 technical, administrative and sales personnel work at this ultramodern facility, which is located on a 10-acre site with approximately 95,000 square feet of office area and 57,000 square feet of prototype construction and testing space. The center provides state-of-the-art technical capabilities to support the development and testing of new products and the adaptation of existing products to North American markets.

ZF unveiled its new electronically controlled six-speed automatic transmission for passenger cars early in 2000, predicting it would replace five-speed transmissions in less than 10 years. The five-speed design represents 80 percent of ZF’s automatic-transmission production for passenger cars. Jim Orchard, president and CEO of ZF Group’s NAFTA and MERCOSUR Regional Operations, was quoted in an Automotive News article as claiming the new design would be the “cornerstone of a new range of transmissions targeted to rear-wheel-drive vehicles.”

Orchard added that the six-speed is superior to the five-speed in three significant categories: It’s 13 percent lighter, 5 to 7 percent more fuel-efficient and provides 2 to 5 percent faster acceleration. The electronic system of the new transmission is constantly fed data on transmission status, operating conditions, operator behavior and operator requests. It can also adjust to traffic and loading conditions, spontaneous driver actions and sudden changes in the driving environment.

This new product is by no means ZF’s first experience with six-speeds. The company’s six-speed Ecolite transmission for trucks was successfully introduced in Ford’s F-Series pickups in 1997; in mid-2000, it was installed in the new 1-ton Chevy Silverado and GMC Sierra trucks. General Motors expects about 25 percent of its new trucks will eventually have the Ecolite transmission.

“The new business with GM will add more diversification to our Gainesville product portfolio, which is key to a healthy future for us,” says Rolf Lutz, vice president of truck transmissions for ZF Group NAO. “This agreement will provide us with an increase in sales of more than 50 percent by the year 2002, and much more independence as a supplier facility.”

The S6-650 Ecolite transmission has already established a reputation for advanced technology and reliability. The new GMC business has spurred ZF to reconfigure its assembly line in its Gainesville plant, and to form a cross-functional team to monitor and maintain its high quality standards. “Quality and on-time delivery are our major goals,” Lutz says. “This is a prestigious project, and we want to establish a great business relationship with General Motors on a long-term basis.”

In his September 2000 report, Bleyer announced that the company had succeeded in the first eight months of the new millennium in further strengthening its technological leadership and global market position, and was posting a two-digit increase in sales. During the same period, ZF had increased its work force by 11 percent, to 31,890 employees, in order to support the vigorous growth rate and new production locations.

Bleyer also expressed optimism for the future, and said the company was well prepared for it. ZF’s technological leadership, its rapidly growing global presence and its decentralized local market structures constitute major customer benefits and advantages in worldwide competition, he said.