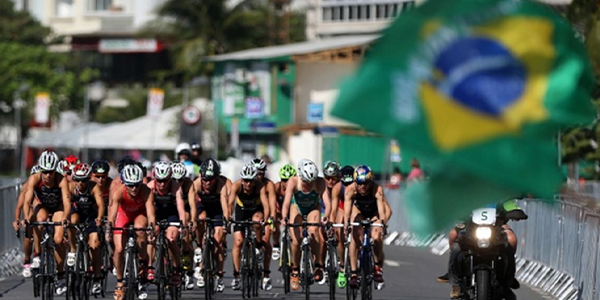 The trademark BRASIL & MOVIMENTO S.A. was created in 2005 but its history dates back more than 10 years, when what is now BRASIL & MOVIMENTO was founded under the name CR da Amazônia. In 1996, SWN Participações acquired 51 percent of CR da Amazônia and decided that it was time to invest strongly in the bike production facility. The facility was located in Manaus, the capital of Amazonas, which is a large northern state located in the Brazilian Rain Forest.

In 1998, two other companies joined the business. Megnetron and CCE Investimentos bought 26 percent of a partner of CR da Amazônia, CR Participações. One year later, in 1999, the Companhia Brasileira de Bicicletas, CBB, was born. Finally, in 2005, the idea of creating a closer relation among the products of the brand Sundown Bikes, Sundown Motos, Sundown Fitness and INofit, gave way to the fresh new BRASIL & MOVIMENTO S.A.

BRAZILIAN BIKES
Even though the events that made BRASIL & MOVIMENTO one of the biggest in its field in Brazil took place between 1999 and 2005, it was in 2000 that the company took one very important step: all of its products were merged under one brand: Sundown Bikes. Once all the products were related exclusively to Sundown Bikes, it became possible to begin the process of image building.

With the idea that it is impossible to detach bikes from fun, BRASIL & MOVIMENTO created the Ônibus Sundown Legal, or the Cool Sundown Bus. The idea was to take this bus through Brazilian territory, presenting bike shows and offering training for Sundown clients.

THE TURNING POINT
BRASIL & MOVIMENTO considers the year 2005 as its turning point, as it increased sales more than 60 percent and became one of the most desired companies in the Brazilian market. Also in 2005, retail dealers chose the Sundown brand as the best company in the bicycle sector. Most impressively, more than 42,000 retail dealers throughout Brazil agreed, in a pool, that Sundown should receive the prize as the best company in the motorcycle market as well. It was a huge achievement for sure, but not at all a surprise.

Today, BRASIL & MOVIMENTO has two facilities in Manaus that occupy an area of 54 meters approximately, and employ more than 700 workers.

THE BRAZILIAN FACE
Very recently launched, the model Hunter 90 Sundown is the first 90 cc motorcycle of Brazil. The idea behind this model was to try to offer an alternative to anyone who depends on mass transportation. Offering Brazilians a way out of dependence on mass transportation through a financially sound solution, the motorcycle uses a very low quantity of gasoline and is ecologically safe.

The company has done a great job of positioning this motorcycle model in line with a national feeling. The marketing of the Hunter 90 Sundown reflects this association through the slogan, “The Hunter is ours. Give your scream of independence.”