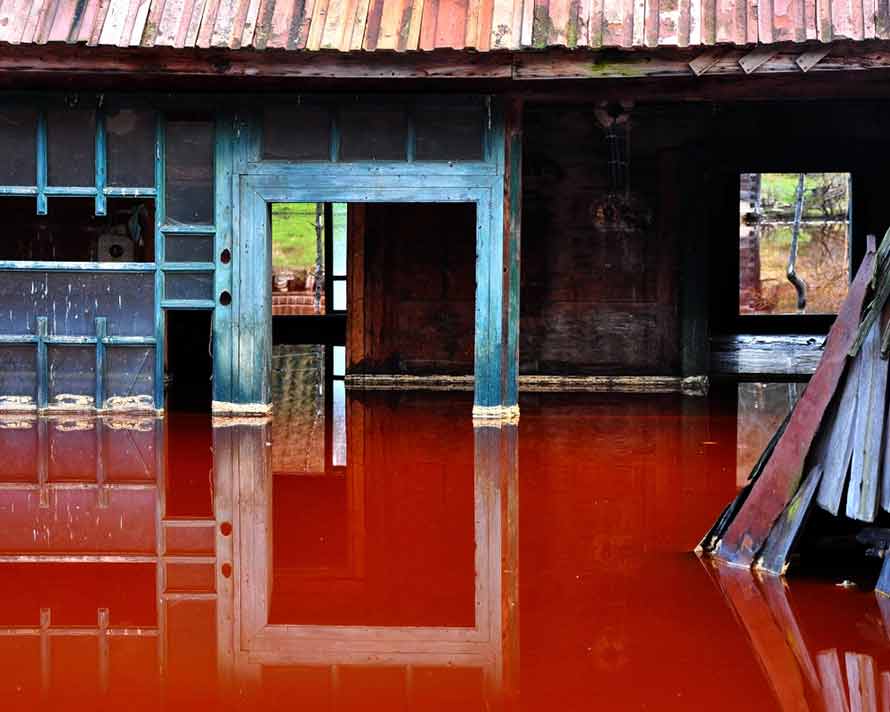 While climate change is inevitable, the chemical industry can avoid the impact of extreme weather by having reliable emergency responses.

For those who still doubt it, climate change is real and happening right before our eyes, as it causes visible and measurable changes with each passing decade. One of the most apparent signs of climate change is the rising sea level, which is the consequence of global warming. The rate of sea-level rise is constantly accelerating. It has more than doubled throughout most of the twentieth century, and by 2050, we should expect to see another foot of water along the United States coastlines.

Unfortunately, most chemical facilities in America are located in low‐lying coastal areas, making these plants increasingly vulnerable to industrial disasters, explosions, and fires caused by extreme weather phenomena brought about by climate change. Because the sea level keeps rising, chemical plant workers and coastal communities should expect more frequent and serious flooding from high tides and storm surges. There are 872 chemical facilities within 50 miles of the U.S. Gulf Coast, which is prone to hurricanes, and over 4.3 million people live nearby these plants.

However, by taking a close look at the past natural disasters that triggered industrial accidents such as chemical spills, such as Hurricane Harvey, we can learn how to prepare ourselves for other similar extreme weather phenomena taking place in the future. Sadly, climate change will only keep intensifying and increasing the frequency of hurricanes, so how people and authorities dealt with the aftermath of Hurricane Harvey can serve as a good example to both chemical facilities and nearby communities of how to minimize the damage and how to prevent industrial accidents such as hazardous substance leaks.

What Are Chemical Facilities Doing to Deal with Natural Disasters Triggered by Climate Change?

Inevitably, climate change will cause more and more extreme weather phenomena, such as hurricanes, floods, lightning, and earthquakes. These can easily trigger major industrial disasters, including chemical leaks that can affect workers and the communities living close to the facility.

Between 2% and 5% of chemical releases in the United States are the consequence of natural phenomena. Furthermore, up to 800 such disasters occur every year across the country. With the worsening of climate change, we should expect to see increasingly more such incidents throughout America.

When natural disasters such as hurricanes strike, not only do they force people from their homes, but they also pose a high risk of chemicals from poorly secured facilities being released on a population that is already struggling. The Risk Management Plan (RMP) Rule of the Environmental Protection Agency requires facilities that manufacture, use, handle, or store chemicals to develop and enforce a risk management plan meant to identify and prevent or minimize the outcome of a release. These facilities, also known as RMP facilities, include chemical plants.

Alarmingly, what the Government Accountability Office has recently found is that risks stemming from climate change were not being considered, leaving chemical facilities with little to no information on how to respond to and handle threats such as hurricanes and sea-level rise.

Federal data on floodings, storm surges, wildfires, and sea-level rise, all of which are natural hazards that may be exacerbated by climate change, indicate that over 3,200 of these 10,420 facilities (or roughly 31%) are located in areas where these extreme weather phenomena are very common.  More specifically, 40% of them are located in the Great Lakes and Midwest regions.

Hurricane Harvey, A Very Good Example of What Can Go Wrong Due to Climate Change

A very good example of how the extreme weather caused by climate change took a heavy toll on chemical facilities and the nearby communities is Hurricane Harvey, which struck in 2017. It was so powerful that it led to over three feet of flooding that disabled the refrigeration system at a chemical plant in Crosby, Texas. The aftermath was horrifying, to say the least – 21 people required medical attention, while 200 others within 1.5 miles of the facility were forced to evacuate their houses, not being allowed to return home for a week.

The cost of repairing the damage caused by Hurricane Harvey was a whopping $125 billion. It is the second hurricane in the history of the United States to incur such high costs, surpassed only by Hurricane Katrina, which occurred in 2005 and entailed a cost of $161 billion. Since 1980, the country has experienced 40 hurricanes referred to as billion-dollar disasters. The damages from the trio of hurricanes in 2017 – Harvey, Maria, and Irma – implied costs of over $250 billion combined, which is more than 30% of the total damages since 1980. Therefore, not only does such extreme weather entail a public health risk, but a financial one, too.

Some of the chemicals that could leak in residential areas during a disaster caused by extreme weather are incredibly toxic to the community. Industrial disasters have begun occurring so often in the United States because the chemical industry is adamant that it does not need a plan to handle such a terrible incident. Still, the Environmental Protection Agency compiled a list of toxic chemicals under the Clean Water Act, with over 300 hazardous substances. However, these chemicals are regulated by the agency only when they make their way into the water from industrial disasters, not when chemical facilities are storing these substances underground or above the ground. What is frightening is that the chemicals on the agency’s list amount just for a small fraction of the thousands of hazardous substances facilities handle and manufacture that could spill during a hurricane or another natural disaster.

Even though the Environmental Protection Agency failed to issue spill prevention regulations for all toxic chemicals in the United States, the agency has partially complied with the Congress’ mandate by creating prevention regulations and worst-case  planning rules for tank storing oil. Following the Clean Water Act, the Environmental Protection Agency created the Spill Prevention, Control, and Countermeasure regulatory program “to prevent discharges of oil from vessels and facilities and to contain such discharges.” The rules require facility operators to have a plan in place for a potential spill that includes “a facility diagram, oil discharge predictions, secondary containment or diversionary structures, overfill prevention, requirements for inspections, transfer procedures, personnel training, and a five-year plan.”

If a major chemical leak from a facility that is prone to experiencing industrial disasters triggered by climate change reaches the nearby community, those people will inevitably be exposed to hazardous substances, such as benzene, heavy metals, dioxins, chloroform, and formaldehyde. These are extremely toxic and even carcinogenic and if the community does not evacuate the area immediately, the toxic exposure risk keeps increasing with each passing day for these people. All of these chemicals have a strong link to various cancers, including breast cancer, prostate cancer, lung cancer, bladder cancer, and leukemia. Therefore, chemical plants must have a well-defined plan to use in emergency cases such as when a hurricane strikes and threatens to lead to hazardous substances leaks. Public health should be among their highest priorities.

The chemical industry is one of the strongest lobbying forces in the United States at the moment, having been fighting government efforts to protect public health against hazardous substance leaks triggered by climate change for decades. As for regulations, under the 1990 Clean Air Act, the Risk Management Plan rule makes it mandatory for chemical facilities to develop clear plans that identify the potential effects of a chemical accident, develop prevention steps, and have explicit emergency responses. Although these chemical plants are instructed to assess all possible causes of emergency, the Government Accountability Office found that risks from climate change were not being considered.

Every large chemical facility and refinery that uses or stores hazardous substances must have a contingency plan effective for extreme weather events. This should include emergency response plans, which some third-party waste-management providers can think out for you as part of a preexisting service agreement. As the chemical plant owner, you and the team of specialists should begin by evaluating the facility’s risk for incidents caused by natural disasters. For instance, a chemical plant on the Pacific coast has the greatest risk of being affected by earthquakes, wildfires, and mudslides. In contrast, a facility on the Atlantic coast is more likely to be hit by hurricanes and flooding.

Upon coming up with a natural disaster emergency plan, you should consider multiple factors. Engineers and plant executives should work together to determine the emergency response roles, for starters. Decide who will make the essential decisions during the emergency and who will be involved in hazardous-waste management and removal. Other elements should also be included in the emergency response plan, such as determining how to prevent all hazardous chemicals from spilling outside areas that the natural disaster may impact. Lastly, you and your team should pinpoint what hazardous wastes could be generated due to loss of containment or loss of power.

You can start preparing your emergency plan by implementing three types of barriers: passive, active, and procedural. The former are physical measures that are constantly in place in the chemical facility and do not require external activation to perform their safety functions. Some examples are containment bunds, catch basins, and fireproofing materials. Active barriers refer to complex instrumented systems that require activation to perform their safety functions. Most firefighting network systems belong to this category, along with emergency shutdowns. The latter are procedures and coordinate operations carried out by workers or external intervention experts, and emergency intervention of fire brigades is a good example in this respect.

During the second step of enforcing your safety plan against natural disasters caused by climate change, you should assess the performance of your safety barriers. A special metric has been developed to characterize barrier performance. The metric has been specifically created in the risk assessment framework of mitigated domino scenarios. Overall barrier performance in industrial disaster mitigation is described using a probability of failure on demand, expressing the probability that the barrier, when needed to perform its safety function, fails, and a parameter expressing the likelihood of successful escalation prevention once activated.

Finally, if you want to make sure your chemical facility will be able to handle a natural disaster without causing harm to the environment, workers, or nearby community but you are unsure where to start, you can alternatively partner up with a company specializing in emergency planning. Third-party waste-management experts whose work focuses on emergency response and planning can provide very useful advisory services to help mitigate risk. Regardless of what emergency plan you opt for, having one in place is of utmost importance, particularly if your chemical plant is located somewhere where natural disasters such as hurricanes are prone to occur due to climate change.

About the Author
Gregory Cade is Principal Attorney at Environmental Litigation Group, P.C., with  a Master of Public Health in Occupational Health, Safety, and Industrial Hygiene. His law firm specializes in toxic exposure, offering assistance to individuals and communities injured by toxic exposure.