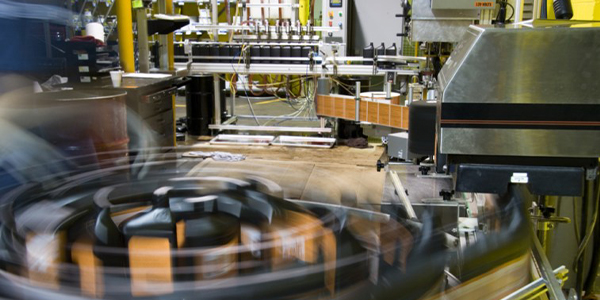 As the economy continues to heat up, one of the greatest challenges to manufacturers is finding skilled workers. There is a “perfect storm” brewing as several factors are coming together to create a critical gap between the number of skilled workers needed in manufacturing and the number available to fill those positions. According to recent research by the National Association of Manufacturers (NAM), 36 percent of the 3,000 member companies polled said they have good jobs unfilled due to a lack of qualified applicants. This, at a time when companies face their greatest skills drain as the baby boom generation begins to retire, coupled with unrelenting global competition, is shaping up to be a critical challenge to manufacturers.

Notes Phyllis Eisen, Vice President of The Manufacturing Institute (MI), “Manufacturing is simply not attracting the talent needed to stay competitive globally.” While employers in every sector from health care to construction are competing for skilled workers, manufacturing has unique obstacles to overcome in the race for talent. This multifaceted problem has several key factors.

First, manufacturing job losses during the recent recession have led many to believe that there is no future in manufacturing. Sectors of manufacturing that made sizeable layoffs during the recession now report difficulty attracting skilled workers back to their plants. Many find that employees have taken their skills into other expanding areas because the negative press around manufacturing has convinced them of its imminent demise. Yet, nothing could be further from the truth. In fact, the industry, which employs over 14 million people, is currently growing at a rate faster than the economy as a whole, particularly in new areas such as biotechnology and nanotechnology. Furthermore, according to U. S. Department of Commerce statistics, manufacturing jobs offer family-sustaining wages averaging over $62,000 in total compensation, 22 percent higher than the national average wage.

Another concern for manufacturers is that many of the people who come seeking manufacturing jobs are woefully unprepared to function in the modern workplace. As manufacturing facilities become more and more high-tech, there is a need for workers with strong math, science and technology skills. Yet, employers are finding applicants not only lacking in these hard skills, but also without important “soft skills” such as the ability to problem solve, work in teams, and simply follow directions and schedules. If U.S. manufacturers are going to maintain a global edge, they need an ever-increasing level of knowledgeable and technically trained employees. Yet, the number of engineering graduates in the U.S. is on the decline and technical programs in community colleges are closing due to lack of participation. This is a dangerous trend that must be corrected.

Updating the Image
Arguably the greatest obstacle manufacturers face in their effort to attract skilled workers is the outmoded image young people, along with their parents and educators, have of manufacturing today. They still think of manufacturing as it existed 50 years ago: repetitive, labor-intensive unchallenging work. Few understand that the manufacturing facility of today requires innovation, creativity, and entrepreneurship. They do not realize that dynamic, cutting edge technology is employed to make American manufacturers the most productive in the world.

Jerry Jasinowski, President of The Manufacturing Institute, says the industry has been transformed in ways that are hard to imagine if one has not visited a factory lately. “Today’s factory is like the movie set of Star Wars with lasers, computers, integrated systems, and robots,” says Jasinowski. Unfortunately, the general public rarely sees the inside of a modern manufacturing facility.

It is critical to the future of U. S. manufacturing that the negative stereotypes of the industry be overturned and a new generation be introduced to the outstanding career opportunities in today’s advanced manufacturing. To that end, the NAM and The MI launched a bold new initiative: Dream It. Do It.

Dream It. Do It. is both a national awareness campaign and a grassroots, regional economic development campaign. It is an outgrowth of earlier research by NAM, MI, and Deloitte & Touche, Keeping America Competitive – How a Talent Shortage Threatens U.S. Manufacturing, from which it was determined that the industry needed to find a compelling way to communicate a positive image and to address education and training issues. The campaign has an overall objective of making manufacturing a preferred career choice by the end of the decade.

The first step in accomplishing this goal was to develop creative materials targeting 18 to 26-year-old. Dream It. Do It. has an “edgy” look and message that tells young people they can take their dreams and aspirations – their passions – and apply these in finding meaningful work in myriad career opportunities within manufacturing. The campaign launched in the Kansas City region in February with billboards, newspaper and magazine ads, radio spots, bus-side ads, movie screen slides, and mall kiosks.

The image campaign drives the target audience to a national Web site, www.dreamit-doit.com, where they can explore numerous pathways into manufacturing careers. A “career calculator” will help them determine what they are best at plus what they like to do and a “dream career quiz” will establish the types of careers in which they will probably be happiest. There is a job bank where they can learn about manufacturing jobs in general, and then research current job openings. Or, they can research educational requirements that are needed to prepare for a specific manufacturing career and then locate universities or community colleges that deliver the programs. There are videos of testimony by young people who have taken the things they are passionate about and turned them into manufacturing careers.

In Kansas City, an alliance of manufacturers, economic developers, civic leaders, educators, and community-based organizations was formed to lead the Dream It. Do It. initiative. As the pilot site for the grassroots economic development portion of the campaign, the KC team, headed by Executive Director Paul Scianna, is helping to craft a template that other regions will use to develop their own Dream It. Do It. campaign as it is rolled out nationwide. This regional coalition is made up of local stakeholders who understand the important contribution manufacturing makes and are committed to keeping the industry vibrant and growing in their community.

A primary task of this organization is to take the interest that is raised by the awareness campaign and turn it into career tracks for young people. This may vary from encouraging them into early math and science programs to steering them into appropriate universities or community colleges. Some may be ready to enter the workforce, but would benefit from apprenticeship programs that the alliance develops. There are champions who speak out and engage educators, counselors, and parents in order to tell the manufacturing story. The alliance is also working to assure that programming at local education and training facilities will produce workers who meet the skills requirements of KC area manufacturers.

The grassroots portion of Dream It. Do It. is a critical component that will drive economic development wherever the campaign is waged. This two-pronged approach of overall image rehabilitation partnered with regional industry support holds promise for assuring a skilled workforce for the future of manufacturing. Competition for skilled workers is fierce in America, guaranteed to escalate. The NAM/MI’s Dream It. Do It. careers campaign is a strong bid by manufacturing to gain an industry-sustaining portion of those workers. It is one in which every manufacturer in the U. S. has a stake.

Peggy Walton is Program Assistant, Center for Workforce Success, for the AM/Manufactur-ing Institute. The National Association Manufacturers’ mission is to enhance the competitiveness of manufacturers by shaping a legislative and regulatory environment conducive to U.S. economic growth and to increase understanding among policy makers, the media and the general public about the vital role of manufacturing to America’s economic future and living standards. Visit: www.nam.org.