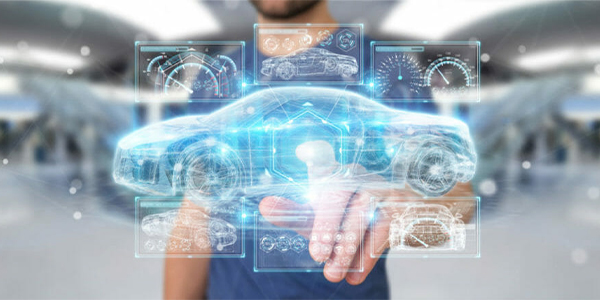 Hurth-Infer makes rotary broaches, gear-shaving cutters, flat broaches, broaching machines and special rotary tools. The strange names designate very specific tools used in metalworking, which are able to cut and shape the multiple, differently shaped holes and parts that form the car’s transmission systems. In this way Hurth-Infer specializes in supplying the automotive industry with one of its most basic raw materials: high precision tools.

The Brazilian company’s broaches help create transmission parts for Volkswagen, Fiat, Eaton and TRW, among others. One of the most common uses these companies make of Hurth-Infer’s tools is to cut through metal and create holes for the shafts of the gears in the transmission systems.

A broach is a metalworking tool with a series of chisel points mounted on a piece of steel. It’s typically used to enlarge a circular hole into a larger non-circular shape such as a square or other desired shape. Another common use for a broach is to cut splines, or a square key way, onto objects such as gears, drive shafts or pulleys. The most common broach has progressively bigger chisels, which “shave” through the hole giving it a desired shape.

A couple of features make for quality broaches. First of all, the steel has to be resistant enough to be kept sharp after being used several times. On that front, Hurth-Infer is very well served. The fact that the company is based in Brazil gives it an edge against competitors. The country is one of the biggest single producers of iron-ore in the world with a well-developed steel industry. Another important feature about a broach is how sharp it is. If it isn’t cutting accordingly it might jam in the hole it’s cutting or open a hole not wide or narrow enough. Hurth-Infer’s expertise in this area also makes it a leader.

The good stuff
Broaches and broaching machines are all but custom made. They usually have approximately the shape expected for the hole they will cut. Consequently, Hurth-Infer makes different tools for each of its clients, which necessitates the need for good engineers and toolmaking machines. Hurth-Infer has both. More than that, since the late 1980s, it has been retrofitting its machines, which means the company’s engineers have been modernizing their manufacturing machinery. The effort to revamp its own machinery developed into a new business. Today, besides manufacturing tools to make auto parts, Hurth-Infer makes broach manufacturing machines.

In addition to special rotary tools, one of Hurth-Infer’s specialties is W-up broaching machines. The company boasts being the only one in Brazil to produce these. Instead of moving the broach through the part into a gap in the ground, this machine allows the broach to go up and the part is held on a platform. This solves a problem created by the old system, which limited how automatic the manufacturing could be and meant using a lot of factory space just for this procedure.

The company also makes static broaching machines with table up systems. They are mounted over a table and the product is pushed toward it and back. This also allows automatic feeding, since usually the broach is kept level with the ground.

Hurth-Infer has also made its reputation on innovation. It is the only company in Brazil that manufactures broach carousels to feed the broaching machines. With it, the person who is feeding the broaches can change them without having to stop the machine.

There is a whole separate division for resharpening in Hurth-Infer. As Milone explains, the company used to stop production to resharpen tools at the order of clients. The demand became so big that now Hurth-Infer has space and machinery exclusively dedicated to that job.

Flexibility
Hurth-Infer started as a special rotary tools maker. However, it had ceased producing these after it sold the business – and, with it, all the highly skilled employees involved in that production – to Sandvik Tooling in 2001. Last year, however, Sandvik chose to sell the division back to Hurth-Infer. “Sandvik is very good at producing standard tools and the highly custom-made special rotary tools didn’t fit very well with their business model,” Milone explains. As he says, some tools demand considerable effort and time. As an example, Milone says Hurth-Infer once took two years to develop a tool for an automaker.

He adds that Hurth-Infer always was flexible when it came to meeting a client’s expectations. A good example is its partnership with Volkswagen in 1996. Hurth-Infer sent employees to stay 24/7 at Volkswagen’s plant in the metropolitan area of Sao Paulo. They were in charge of checking and substituting periodically the broaches in the broaching machines.

Special since 1963
Hurth-Infer was born only as Infer tools, founded by three partners. They made tools to order for the nascent automotive industry.

In 1973, German gear shaving cutter maker Carl Hurth Machines stepped in, taking the place of one of the partners, who was leaving. Hurth brought in a new product and new technology. “We still are the only Brazilian company that makes shaving cutters,” Milone says.

The next year the company moved its headquarters to Sorocaba, a city about 40 miles away from Sao Paulo. With Hurth’s expertise in making shaving cutters and Infer’s special tools know-how, it didn’t take long before the company migrated to what would become its biggest business: broach manufacturing. However, it wasn’t until 10 years later, in 1989, that Hurth-Infer began producing broaching machines. At more or less the same time, Hurth-Infer put some of its engineers to work on its machines and began retrofitting them. The machinery production division would soon be born from that initiative and from that point on, Hurth-Infer placed itself on the map as a valued maker of broaching machines.