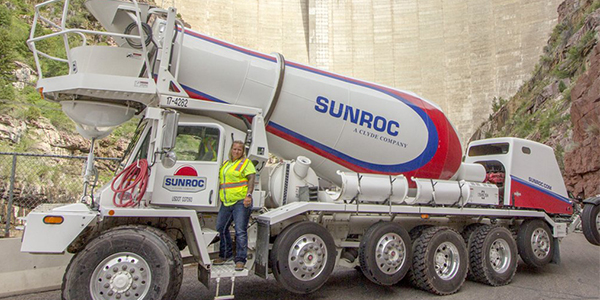 The US bottled water cooler industry annually produces $5 billion in revenues. Not so long ago, only three major U.S. companies manufactured water coolers for worldwide consumption. Today, that competition is fierce, with more than 30 companies worldwide now manufacturing water coolers, particularly in the US, China, Korea, Taiwan, Europe and Canada. Even in such an agitated whirlpool, this company tripled its revenues in just 10 years. How did it manage this feat?

Stainless Steel is a Lifesaver

Sunroc Corporation began it’s history in 1922 as the Sunroc Spring Water Company, bottling artesian spring water that flowed on a rock bank on the land of its founder, Sam Morrison. By 1926, Sunroc was delivering more than 20,000 bottles of water to local businesses and homes. By the late 1930s, the company had decided to start manufacturing its own coolers; and in 1936, a government contract propelled the company into a major water cooler supplier. By the 1940s, Sunroc had abandoned bottling water and moved to Glen Riddle, Pa., to continue manufacturing water coolers. In 1985, the Morrison family sold the company to its management team.

By the late 1980s, Sunroc Corporation had outgrown its facility in Glen Riddle and needed to expand. In 1995, Sunroc relocated its headquarters to a 40-acre parcel in Dover, Del., and built a new, state-of-the-art, 250,000-square-foot facility.

“We went from being a bottled water company to a manufacturer of pressure coolers in the 1940s, and then from the 1940s to the mid-1980s we were pretty much a pressure cooler (for water fountains) company,” says Tony Salamone, president. “We had no bottled water cooler business to speak of and no filtration business to speak of.” At about the same time as management bought the company, the bottled water market in the United States was burgeoning into a robust industry. “Our strategy then centered around getting into that industry and we found ourselves in a position of having to establish a whole new product line within an industry we hadn’t participated in.”

Well, Sunroc must have ambushed its competitors. Recognizing the company had to think big, bold and innovative in order to make an impact, it designed and manufactured a new bottled water cooler that boasted entirely stainless steel water contact surfaces. Sunroc was the first to introduce this concept in an industry that was still using copper and brass.

Lead. Probably the most notorious bugbear of the 1980s. Perhaps not so ironically, the discovery of lead’s danger to human health catapulted Sunroc to the industry’s summit. “What really helped us were our stainless steel hot tanks,” says Salamone. “We were the first to manufacture the stainless steel vessel that holds hot water in the cooler for your instant coffee or tea.” Competitors used brass hot tanks, composed of about 80 percent copper and 20 percent zinc, which has inherent lead. About two years after Sunroc began manufacturing with stainless steel, the state of California passed Proposition 65, which required hazardous labeling for all products in which lead would potentially leach into drinking water.

This meant that, all of a sudden, the only company manufacturing hot and cold coolers that could safely supply the state of California’s water-loving companies and homes was Sunroc. “Over-night, we sold out the entire plant. It was difficult for other manufacturers to sell something that is pure, like bottled water, when you have a warning label on the cooler that claims it may be hazardous to your health,” explains Salamone.

Sunroc operates three separate divisions within the company. The Cooler Division markets the bottled water coolers and point-of-use coolers. These are sold primarily to the bottlers and water filtration specialists. There are some coolers being marketed to the retail industry – in particular the large superstores – but this is a smaller portion of the overall business.

Sunroc’s second division is the Pressure Division, which concentrates on pressurized water coolers and drinking fountains, like those you see in public buildings, airports and businesses. These products are marketed to the plumbing wholesalers and contractors of the world. “We sell these to the plumbing wholesalers and distributors of the world. This is where builders get their supplies for new construction, since these units are installed during the construction or refurbishment of a building,” says Salamone.

“We also manufacture a line of key control systems,” he adds. “These are storage cabinets for keeping keys organized and secure. The kind of thing you would see in an apartment complex or in the principal’s office in a school, for example. It’s a locked metal box with key hooks inside for master keys to be stored.”

As Beautiful as a Sunrise

“This really is Sunroc’s flagship bottle cooler. It is our top-of-the-line cooler made entirely of stainless steel water contact surfaces.” says Amy Brackin, corporate marketing manager of the Sunrise cooler. “That means that when you put water into it, the only thing that comes in contact with the water is stainless steel. It maintains the integrity of the water. It also lasts longer than other coolers, thus providing the best value for our customers.”

Sunroc is currently developing new products for the point-of-use industry.

“This includes a large reservoir cooler to handle reverse osmosis as well as filtration,” says Brackin.

Sunroc is an international company, marketing to the major bottlers and plumbing wholesalers throughout the world. With an office already in Holland and representatives all over the world, the company is now negotiating the opening of a manufacturing facility in Europe.

“We just secured a contract with a large international company in Europe that will help justify our new venture in overseas manufacturing,” says Salamone.

“We thrive on teamwork and producing quality,” says Hal Wenner, vice president of operations. “Our employees take pride in everything they produce.” Since the company is owned by management, there is a partnership environment at Sunroc that is conducive to productivity.

“If we are considering something difficult that will increase value of the company, everyone wants to participate because it is in their best interest,” says Salamone.

“Each member of our management team has more than usual autonomy and that decision-making process filters down to the lowest level, so that each employee has a sense of autonomy,” continues Salamone. Sunroc’s management bonus program is based on bottom-line results. Each manager is given a set of goals to achieve by the end of the
fiscal year. “So if the company prospers and an individual accomplishes his or her goals, those two factors determine the size of the bonus. We have a lot of competent and enthusiastic people here and I like to see them get involved in running the company.” Sunroc employs 300 to 350 employees in its 250,000 square-foot facility. “The extra 50 people are brought on late in the spring to early fall through a four-year program with local colleges in order to cope with seasonal demands,” says Wenner.

With the new facility in Dover, Del., Salamone explains, “Our level of quality control can be administered more expeditiously than it could in the past. Instead of separate warehousing, office and manufacturing facilities, we are now able to have every-thing under one roof.”

Supreme in Quality and Durability

Fierce competition and increased design requirements means wise capital investments for Sunroc. “Today we spend a major portion of our revenues on manufacturing equipment that will make us operate more efficiently,” says Salamone. “We need to keep our costs under control while designing the best-looking products available.” Because the bottle cooler industry is primarily a rental industry, quality and durability reign supreme. Sunroc’s specialized stainless steel fabrication equipment delivers that quality and durability dealers desire.

“The demands on quality and durability are second to none because this is a rental industry,” says Salamone. In fact, so durable are Sunroc’s coolers that the company offers conversion kits. “They allow you to remove the old wrapper and apply the new one around the old cooler frame,” explains Salamone. “A cooler might be eight years old, but these retrofit kits make the cooler look like a brand-new cooler.” This market is a sizable one for Sunroc.

The commercial bottled water industry in Europe has been gaining momentum during the last three years. “The potential in Europe could literally double the need for 5-gallon bottled water coolers,” says Salamone. “The future there is bright, especially in light of the awareness of drinking water problems. Also, I think another growth area includes residences looking to use either filtered or bottled water.” Sunroc is positioned to lead in this niche market, using large retail outlets to market the Sunroc water coolers.

“Sunroc will continue to be a refrigeration company concentrating on dispensing water,” says Brackin. “We moved from only manufacturing pressure coolers built into walls to also building portable units going into businesses and homes. Now, we’ve also moved into the filtration business.

I don’t want to overlook pressure coolers, however. Pressure water coolers are what built Sunroc and they are the only type of cooler we have been making for more than 40 years. It will always be one of our core product lines,” states Salamone.

What does the future hold for Sunroc? “When we first got into this market, coolers were like old Model T Fords – they were all the same and they were all black,” laughs Salamone. “Right now customers can choose one that delivers cold water, hot and cold water or even room temperature and cold water and they come in many colors and styles. As the residential business grows, we have to be more conscious of design and color issues. This is especially true as the market moves toward Europe, where styling and design issues are even more important.” Trends change, and Sunroc is at the forefront of change. “We came out with one cooler in the 1980’s that remained unchanged until the early 1990’s,” concludes Salamone. “And now it seems like we come out with one or two different models every year.”