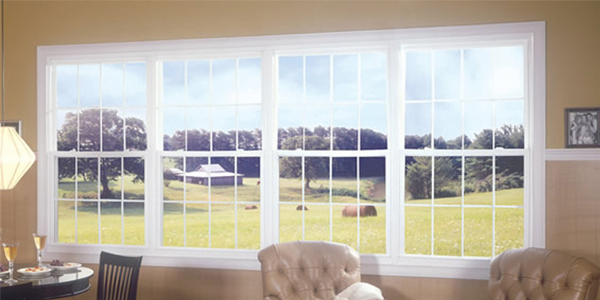 Wood may be good, but vinyl products for the home have made a strong impression in the residential marketplace. The low level of upkeep and the high level of endurance have catapulted the use of vinyl siding and windows, especially in new construction and in after-market repairs, replacements and additions. One company, Bothell, Wash.-based Alside Window Company Northwest, has taken the demand for vinyl home products on a rocket ride to the top.

Bothell, a short trip from Seattle by car or kayak, is home to Alside’s West Coast window facility. The plant, all 160,000 square feet of it, is focused on the production of quality, cost-effective vinyl products for residential use. Earthquakes don’t matter to the 300-plus employees working at the facility, who are dedicated to the manufacture of vinyl windows and doors that may end up anywhere West of the Rockies, Alaska or Hawaii, or internationally in Japan or Korea. Alside sells its products either directly to the area builders, or to a dealer base that includes distributors and lumberyards.

Although residential vinyl windows and doors make up the bulk of the product line, Alside also markets sound control products for use in homes near to airports, rail lines and major highways. These, too, are sold directly or through dealerships. In addition, Alside has long served manufactured-home contractors, and is developing a specific product for those firms that specialize in replacement. New Alside products, such as vinyl skylights and 90-degree corner windows, have made their way to the market, providing solid testimony to the company’s innovative thinking and practices.

Heritage in Quality and Service
Alside was formed when Akron-based Alside, Inc., acquired the assets of Alpine Industries, Inc., in October 2000. More important than Alpine’s products and processes, this move brought that firm’s enthusiastic team of people to the Alside organization. Although the name is new, the commitment of the Alside Northwest team to quality and service dates back some 20-plus years and provides a strong complement to the 54-year-old parent company, Alside, Inc.

From the time of its inception, Alside has been at the forefront of the industry. Since introducing the first low-maintenance residential siding in 1947 (a baked enamel aluminum siding developed by founder Jerome Kaufman), Alside, Inc., has had a history of recreating itself over and over. A leader in industry trends, Alside entered the vinyl siding business in 1979. A year later, Alside research and development specialists formulated the company’s first vinyl replacement window.

The business underwent substantive changes during the 1980s. In 1983, Jerome Kaufman retired as chairman and was succeeded by his brother Donald. A year later, William W. Winspear purchased the company from United States Steel, the owning entity since 1968. The reorganized company began to add manufacturing plant after manufacturing plant throughout the nation. In 1985, Ennis, Texas, saw the addition of a facility dedicated exclusively to the production of vinyl siding and accessories. Cedar Rapids, Iowa, followed suit with a new vinyl window operation in 1987, and in 1989, an additional window plant was opened in Kinston, N.C.

The Right Fit
The details behind the current product line are formidable. Alside custom-makes its windows for remodeling to fit the exact opening, and incorporates tilt sashes for easy cleaning. The company’s new-construction windows include various styles, either single-hung or double-hung, that offer ease of installation for the contractor, and beauty and energy efficiency for the homeowner.

Its exterior products include siding, soffits and accessories, all with color clear through so that scraping and painting are unnecessary; nor will the product chip, dent, rot or warp. Alside’s myriad carefree products are distributed through its network of 80-plus company-owned supply centers.

Alside Window Company Northwest is regarded as a separate entity, and has been given autonomy and the chance to benefit from the synergies associated with the parent. Alside Windows is a division founded on unparalleled service to the new construction industry; it will continue in that tradition, while adding to its capacity in after-market remodeling, replacement and repair.