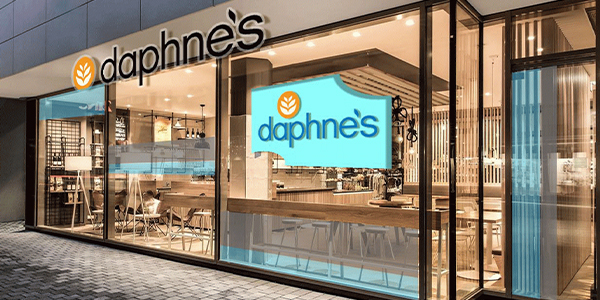 Greek mythology has provided a rich pageant of tales, many involving startling transformations – or metamorphoses, as defined by Ovid. Take the tale of Daphne, for instance, transformed by her river-god father into a laurel tree to protect her from the enthusiasms of ardent admirers (Apollo, son of Zeus, in particular). While this may seem a peculiar way for a father to demonstrate his love, nevertheless it was a benevolent gesture that resulted in a paradigm of perfection.

Presumably bereft by the transformation, Apollo cut off some branches from the tree and made a laurel wreath in memory of Daphne’s great beauty. Well, to make a complex and metaphorical story short, the laurel wreath (worn as kind of a crown) came to symbolize the measure of human ambition and achievement, as it served to reward the original Olympic athletes who demonstrated the ultimate physical prowess in their respective events. In essence, the laurel wreath represented the quest, and subsequent attainment, of excellence.

Now, turn the pages and fast-forward the DVDs—past the passages of Homer, and the Ray Harryhausen films, and the Italian-produced sword-and-sandal cinematic epics—into the 21st century and witness a modern Greek transformation and the subsequent reward. The story involves George Katakalidis, a former professional soccer player turned restaurateur, who established a chain of Greek-inspired restaurants named Daphne’s Greek Cafe (yes, named after that Daphne).

Katakalidis, a former member of the San Diego Sockers, founded the privately held chain in San Diego in 1991, while nursing a sports injury. During his convalescence, Katakalidis, a native of Greece who immigrated to Toronto when he was a boy, envisioned a place where customers could enjoy high-quality Greek cuisine at reasonable prices. Transforming that dream into a reality, he created what has become the largest, casual Greek restaurant chain in the United States. In the process, his enterprise was crowned with numerous laurels: In February 2005, Nation’s Restaurant News deemed it one of the “Top 50 Fast Casual Players.” In March 2004, QSR Magazine termed his chain as a “Hot Concept To Watch.” and it came in number 11 in Fast Casual Magazine’s top 100 Movers & Shakers of 2006. Further, numerous local publications identified the chain as “The Best Greek Restaurant” in their annual polls. Moreover, it only took Katakalidis 15 years to garner such success.

Today, the Daphne chain, headquartered in San Diego, has grown to include 69 locations throughout California and Arizona. Each restaurant is known for its fresh and delicious Greek food served at reasonable prices and at a fast clip (though quality isn’t sacrificed for the sake of convenience).

Further, the menu doesn’t deviate from the aims of those seeking to achieve the Greek ideal of physical perfection: All menu items cater to the concerns of an increasingly health conscious consumer profile. “We’ve done studies and surveys,” informs Katakalidis, “and we found that all of our customers, whether they are aging baby boomers or the Gen Xers, are moving toward healthier food choices and eating habits and embracing active lifestyles. Our menu fits in with the current, major lifestyle shifts.”

Further, all of the chain’s locations feature an open kitchen arrangement. “That’s one of our unique selling points,” says Katakalidis. “We prepare everything fresh and right in front of our customers. We can also customize any order.”

Not that many customers would want to deviate from Daphne’s unique selection. “As far as menu items, we’re a bit avant garde, “comments Katakalidis.

What he means is that he has transformed – or metamorphosized – traditional Greek cuisine into something that’s much more contemporary. “For example, we were the first to add high quality grilled steak and chicken to the traditional Greek salad,” says Katakalidis. “Essentially, we’ve taken an excellent base and raised it to a higher level.”

All of the main offerings have been conceived and developed by Katakalidis and were based upon recipes his mother served to his family. These include the “Zesta,” a flash-fried pita filled with “Fire Feta” (a proprietary recipe of four varieties of peppers, creamy feta and 14 secret seasonings) and a choice of gyro, chicken or falafel. Both “Zesta” and “Fire Feta” are trademarked. “We have about eight different items that we’ve needed to trademark,” comments Katakalidis.

Other signature dishes include the chicken or steak ka-bob plates (two flame-broiled skewers marinated in lemon, herbs and spices), and Daphne’s Combination Plate (gyros made from a proprietary blend of beef and lamb, and a choice of chicken or steak kabob). Both dishes are served with a Greek salad, rice pilaf, warm pita bread and tzatziki sauce.

Beyond those immediate growth plans, Katakalidis perceives the potential to expand on a national scale. “I think we’re slowly but surely proving that we have the potential to grow coast-to-coast,” he says. “Of course, that’s much easier said than done, and it’s not something that could take place overnight. Nonetheless, there is still a lot of growth potential we want to tap into here on the West Coast. But, one day, and we’re not sure just when that day will be, we’d like to go national.”

Whatever direction success ultimately takes the chain, Daphne’s will strive to become a vital part of any community it chooses to call home. “Whenever we move into a new community, we try to raise funds for that community, through our ‘Big Fat Greek Fundraisers’,” he says.

One of the keys to the chain’s success is Katakalidis’ leadership skills, which he garnered in his years as a professional athlete. Even though he no longer competes in the arena, he hasn’t forgotten the passion, dedication, and teamwork that hallmark competitive pursuits. Like Jason assembling the crew of the Argo, Katakalidis has demonstrated the kind of enthusiasm and inspiration that generates the loyalty of a committed squad. Daphne’s Greek Cafe employs more than 900 people and boasts an extremely low turnover rate. “Loyalty has been one of the big keys to our success,” he says. “We have a strong team culture, which has been developed through comprehensive training and education. Also, we provide the kind of product and environment that makes for a positive workplace.”

The chain also promotes customer service to such a degree where all “guests” at all locations feel like family. “Those qualities, along with our excellent food, are what makes us successful,” says Katakalidis.

All the while, Katakalidis remains mindful of the eponymous Daphne myth, which symbolizes for him the pursuit and realization of excellence. As an athlete, he strived for the Daphne laurel. He still seeks that wreath; only now, he has attached his epic-proportioned ambitions to the restaurant business.