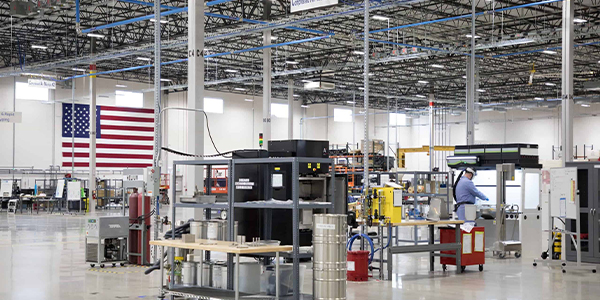 The U.S. Senate’s top priority in 2006 is passage of an asbestos trust fund bill. This could not come a moment too soon – resolution of the asbestos litigation crisis is long overdue. It has exacted a heavy toll on American business, particularly manufacturers, while making it difficult for deserving victims and their families to receive fair compensation. The current system is simply broken. Asbestos litigation has become a big and corrupt business in America. Entrepreneurial trial lawyers have launched a tidal wave of lawsuits against companies large and small and worked with a handful of doctors to create a litigation machine, churning out thousands of claims on behalf of people who are not sick. The thousands of questionable claims have helped force nearly 80 companies into bankruptcy, damaged our economy and resulted in delayed and reduced compensation for asbestos victims.

While none have suffered more than the truly sick, there are other victims of this litigation nightmare. Kirk Liddell is one of the employee-owners of a company called AC&S, which installed insulation. AC&S never manufactured any asbestos-containing product. Yet the company was hit with an $83 million jury award from a court in Mississippi for five claimants who were not even sick. One walked three to four miles a day and none of the five had any symptoms of asbestos disease. Even worse, none of the claimants had contact with AC&S or its work. The award exceeded all the profits the company had made in 40 years of existence. Appealing was not an option because the state would have required AC&S to post an “appeal bond” of $104 million. AC&S went into bankruptcy the following year. One of the other defendants caught up in this case appealed. The company was successful, but it took five years.

Unfortunately, Kirk Liddell is one of many victims of the asbestos litigation crisis, which is costing U.S. jobs and damaging the U.S. economy. Over the last 30 years, more than 700,000 claims have been filed, and more than $70 billion has been spent on asbestos litigation. But victims have only received 42 cents on the dollar of those billions. Trial lawyers and court costs have eaten up the lion’s share of the money. That is a travesty.

Runaway train
There can be no argument that no one suffers more than asbestos victims and they should be fairly and swiftly compensated. But asbestos litigation has spiraled out of control and its inequities are having a far-reaching impact. At least 60,000 jobs, many in the manufacturing sector, have been lost due to asbestos bankruptcies. But those direct job losses tell only part of the story. Communities are also affected as laid-off workers tighten spending or even move away in search of new jobs and bankrupt companies cut operations and reduce purchases. This has a significant impact on a wide range of local businesses. And for every 10 jobs lost due to an asbestos bankruptcy, a community will lose eight additional jobs.

In addition, usually the local manufacturing plant is the largest philanthropist in the community. If charitable contributions are pared back or stopped due to bankruptcy, the private-sector safety net develops holes at the very time it is needed most. We just cannot afford to let this continue.

Asbestos litigation is also clogging our courts, preventing others from access. In my home state of Michigan in 2004, there were 1,210 personal injury products liability cases filed in Wayne County – all of which were asbestos related. In 2004, the asbestos docket in Wayne County accounted for approximately 74 percent of all products liability cases filed in Michigan state courts. Asbestos related cases now comprise approximately 16 percent of the total pending Civil Division docket in Wayne County.

In the typical Wayne County asbestos case, one or possibly two persons who are plaintiffs routinely sue 70-80 defendants. That number has been as high as 170. The Rand corporation estimated that, nationwide, the number of asbestos claimants was 21,000 in 1982, spiraling to 730,000 by 2002. The number of defendants grew from 300 to 8,400 in this period, touching nearly every industrial category. Many of these companies did not make asbestos or use it in their products, but have been dragged into the litigation.

Legislation needed
The courts have tried to solve the problem. And Congress has attempted to legislate a solution at least 10 times since the late 1970s. All of these efforts have failed. But there is light at the end of the tunnel. The U.S. Senate Judiciary Committee passed a bipartisan bill in May that could pave the way for a legislative solution that works for victims and works for companies.

The idea behind the legislation is to establish a $140 billion asbestos victims trust fund, financed entirely by defendant companies and insurers. No taxpayer money is involved. Instead of having to go through the court system, asbestos claimants would file a claim directly with the fund. Based on their exposure and whether they meet certain medical criteria, they would receive fair compensation for their illness.

A major plus of the trust fund will be the elimination of transaction costs. Instead of lawyers taking as much as half of the compensation, they will be limited to just
5 percent. The resources will be directed where they belong – toward victims and
their families.

At the same time, financial experts tell us that replacing the tort system with the certainty and stability of a trust fund would save $71 billion in future administrative and legal costs alone, plus an additional $13.7 billion in bankruptcy costs, for a total cost savings of $85 billion. The reduction in costs will also benefit claimants. With up to $140 billion in funding available for compensation, NERA Consulting estimates that claimants would receive as much as $65 billion more with a trust fund than if the status quo continued.

There is no doubt that enactment of the right legislative solution will greatly benefit victims, businesses and the overall economy. Tremendous progress was made in 2005 and discussions continue on enhancing the bill and bringing it to the Senate floor for a vote very early in 2006. We just cannot let his opportunity pass without action.

Absent congressional intervention, it will only get worse. Clearing up the uncertainty of the asbestos problem will be a huge boost to workers, retirees and investors. Congress needs to get down to business so more of our companies can grow their businesses.

Michigan Governor John Engler is president of the National Association of Manufacturers, whose mission is to enhance the competitiveness of manufacturers by shaping a legislative and regulatory environment conducive to U.S. economic growth and to increase understanding among policymakers, the media and the general public about the vital role of manufacturing to America’s economic future and living standards. www.nam.org.