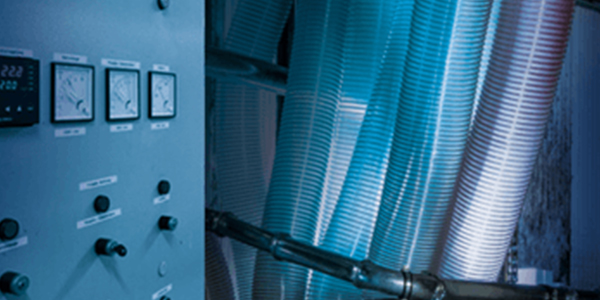 Not too many ONE-year-olds have the experience that LTG Technologies can boast. But this Milwaukee-based company – formed in January 1999 when LTG Technologies, PLC, of London merged Industrial Heat Enterprises International and Oven Systems Inc. – combines more than 40 years of history as original-equipment manufacturers of heat-processing and materials-handling equipment.

As Craig Herrforth, director of sales, points out, LTG is a new name in a mature industry. Normally, this would be two strikes against the company, but LTG has a lot going for it. As Herrforth notes, it is the subsidiary of and international firm, London-based LTG Technologies PLC Group, whose annual sales are $100 million. Combined with the strengths gathered from the two merged companies, this is a base from which the U.S. subsidiary can grow both domestically and internationally.

LTG produces heat-equipment for the radiator battery industry, the electric motor industry and the beer and beverage industry. Its largest product line is custom-made, engineered-to-order ovens and furnaces. And in spite of being the new kid on the OEM block and the mature industries to which it targets its products, this firm has achieved annual sales of $50 million in about one and one-half years of existence.

Herrforth says LTG has gone from zero to 60 in just one year because of “who we are. This is a name that’s new to our target markets, but it was formulated from two recognized names in the business. With this behind us, we’re going to increase our market share both domestically and internationally.”

The company is also striving to expand its presence through its unique offering of quality-oriented, customer-focused production. Its manufacturing engineering department has more than 200 years of combined experience in heat processing and metal finishing. Plus, its design, engineering and manufacturing functions are all fully computerized – from the computer-aided design drawings to the programming control technology in its electrical engineering area, to the networked operator stations that ensure efficient, accurate document generation, archiving and upgrading.

Jeff Mitchell, director of engineering, describes LTG’s approach as follows: “What we do is take our customers’ products, whatever they may be, and decide what would be the best heat process that could produce them. Our research-and-development center works on thermal processing, and uses computer modeling to evaluate the customer’s product and process. Then we produce the right oven or furnace for that process.

Right for the Customer

According to Mitchell, that right-up-front R&D function guarantees the quality of LTG’s thermal-processing systems. “That ensures that our product is right in the engineering and when it goes out the door,” he says. “Plus, our engineering group includes a standards group to ensure that we’re consistent in our design. Plus, we test products both on the front end with the R&D department and on the back end with the customer either on the customer’s site or at our factory.”

The LTG plant is located at its U.S. headquarters in Milwaukee, and measures more than 180,000 square feet. In addition, the firm has offices in Florida, Ohio and Washington. LTG in the United States now totals 300 full-time employees.

Typical of the company’s marketing efforts is what it has been able to do for its customers in the battery industry. Despite the relative maturity of this market – especially in the case of lead acid batteries, which is a shrinking industry due to consolidations – the battery end still accounts for about 10 percent of LTG’s sales.

Jeff DePietro, sales manager for battery products, says his area has managed this share of the business due to “a lot of traveling” on his part. Actually, it’s also due to LTG’s ability to find pockets of growth even in the most mature of industries. And, unlike in many mature markets where most of the growth is happening in developing economies abroad, much of the growth in this area has occurred right here in the United States.

“A number of markets for batteries are opening in other parts of world, such as the Pacific Rim and a little bit in Europe. But the biggest growth has been here in the U.S.,” says DePietro. “We’ve found there’s a need for the U.S. customers to modernize and expand their battery production. Their equipment has been wearing out and so they need something new. Over the last two years, 70 percent of our area’s growth has been in the states, whereas before that, 70 percent of the growth came from overseas.”

The other battery market LTG sells to promises even more growth. This is rechargeable batteries, those that go into cell phones and computers. LTG produces sintering furnaces and pasted coating lines for manufacturers of the rechargeable product. Among LTG’s other customer bases are the electric motor industry and the metal packaging industry. For the former, the company makes ovens and varnish-dispensing equipment. For the latter, a customer base that includes producers of metal packaging for both beer and soft drinks, LTG manufactures ovens and thermal-processing equipment. The company also offers complete finishing lines including washers for parts and pieces on other industrial equipment.

Perhaps the battery sector’s biggest recent growth is from domestic sales, but Herrforth sees opportunities for LTG on the international front. “We’re now in an aggressive mode to expand our international business,” he says. “LTG established a location in Germany at the end of 1999, and is now developing distribution channels in Europe. Afterwards, we’ll extend into Asia.”

Indeed, DePietro comments on business in the battery line opening up in both Europe and the Pacific Rim. When they do, LTG will be there for its customers, just as it is in this country. With its sights set on customized manufacturing and service, it’s easy to predict a much larger international presence for LTG in the near future.