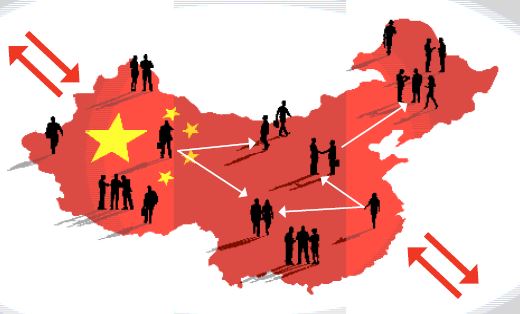 As the world watches the political and legal battles between the U.S. government and Chinese telecom giant Huawei unfold in the headlines, many are asking how the controversy may impact the businesses and individuals operating in the global supply chain. One major area of concern is how the criminal trade secret action against Huawei pending in federal court in Washington state[2] will affect companies whose supply chains involve Chinese products and partners, especially for those involving cutting-edge technologies. This case is a high-profile example of the United States Justice Department’s “China Initiative” announced in November 2018, which prioritizes the prosecution of trade secret cases related to Chinese theft of American intellectual property.[3] Meanwhile, the Chinese government has been pursuing its “Made in China 2025” program, a plan for comprehensively upgrading China’s industry and economy with a focus on higher value-added manufacturing sectors, such as advanced information technology, robotics, aerospace, and new-energy vehicles.[4] It is against this backdrop that the U.S. government is pursuing Huawei criminally.

In January 2019, the DOJ indicted Huawei Device Co., Ltd. and Huawei Device USA, Inc. (“Huawei”) for conspiracy to steal trade secrets, attempted theft of trade secrets, seven counts of wire fraud, and one count of obstruction of justice. [5] On February 28, Huawei pled not guilty to all charges.[6]

The indictment alleges the following: In June 2010, Huawei entered into a Supply Agreement with T-Mobile to supply wireless phones to T-Mobile USA, Inc., which included a provision protecting T-Mobile’s confidential trade secrets as the exclusive property of T-Mobile. In August 2012, T-Mobile granted Huawei engineers access to T-Mobile’s “Tappy” robotic testing system for the purpose of testing Huawei phones prior to their release. Earlier that year, Huawei had begun developing its own phone-testing robot in order to improve the quality of its phones. Huawei asked T-Mobile whether it would be willing to sell or license the Tappy robot system to Huawei, but T-Mobile declined. Undeterred, Huawei undertook a scheme to steal T-Mobile’s trade secrets in order to develop its own robot. Among other things, Huawei engineers allegedly entered the Tappy laboratory without authorization, took unauthorized photos of the robot, and stole the robot’s arm before returning it and claiming that the incident was a “mistake.” The indictment also alleges that Huawei launched a formal program rewarding with bonuses any employees who succeeded in stealing confidential information from competitors. Trial in the case is set to begin in March 2020.

Though the dramatic alleged facts of the Huawei case may evoke scenes from a spy movie, in reality criminal liability for trade secret theft may arise under much more mundane facts. Under U.S. law, a company or individual may be held criminally liable for theft of trade secrets for knowingly possessing a trade secret with the intent to use it for the benefit of someone other than its lawful owner.[7] If a cell phone distributor knew, for example, that it was storing and selling cell phones containing stolen trade secret technology, it could potentially be held liable under the statute. In addition, if the distributor intended to sell the product containing unauthorized trade secrets knowing that the sale would benefit the Chinese government, it could potentially be held liable for economic espionage.[8] Manufacturers of products produced through technological collaboration agreements with American companies should be especially careful to ensure that appropriate safeguards are in place to prevent even the appearance of IP theft or misappropriation. In many of these cases, it is the “victim” company who first brings a civil suit, which the government follows with criminal charges. So far it appears that Justice Department has been focusing its efforts on large companies for maximum publicity and deterrent value, but these considerations apply equally to smaller companies.

The consequences of a criminal trade secrets charge, not to mention a conviction, can be catastrophic for a company. A company found to have engaged in such wrongdoing could be barred from doing business in the United States. Even before a criminal case is even close to resolution, the government may seek an injunction to prevent the company from continuing its business or certain lines of business, as it has done in another case against corporate and individual defendants accused of stealing Micron trade secrets.[9] In that case, the government is seeking to prevent the defendants from exporting to the U.S. any products allegedly containing stolen Micron trade secrets.

Individual Employees Are Not Immune from Prosecution For Trade Secret Violations

Despite the Huawei indictment’s identification of several individuals allegedly involved in the scheme in the U.S. and in China,[10] no individuals have yet been charged with trade secret theft.[11] Nonetheless, the risk of an individual being charged with trade secret violations remains high for those who may appear to have carried out or authorized the wrongdoing. Current DOJ policy emphasizes holding accountable individuals substantially involved in alleged corporate misconduct, as articulated originally in the DOJ’s 2015 Yates Memorandum[12] and affirmed in November 2018.[13] This policy was a direct response to criticisms that no top Wall Street executives served prison time following the 2008 financial crisis, despite DOJ’s extraction of large fines from corporate entities.[14] In numerous other high-profile cases alleging theft of trade secrets for the benefit of Chinese entities, the government has charged individuals, such as former employees of General Electric,[15] Genentech[16] and Micron.[17]

In sum, the U.S. government is vigorously pursuing companies and individuals for theft of American intellectual property. The government has focused on those with connections to China, though nothing limits its ability to prosecute cases involving other countries as well. Companies and individuals working in the global supply chain, especially related to China, should expect heightened scrutiny and should be proactive in addressing any issues suggesting potential trade secret misappropriation as soon as they surface. 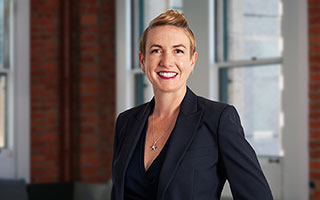 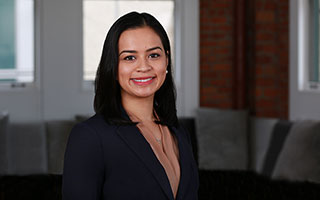 Jessica K. Nall is a partner and Janice W. Reicher is a senior associate with Farella Braun + Martel LLP in San Francisco. They can be reached at jnall@fbm.com and jreicher@fbm.com, respectively.

[1] This article does not establish an attorney-client relationship or constitute legal advice.

[11] In a separate case against Huawei relating to alleged violations of the Iranian Transactions and Sanctions Regulations, the government has charged Huawei Chief Financial Officer Wanzhou Meng, but she is not charged in the criminal trade secrets case.