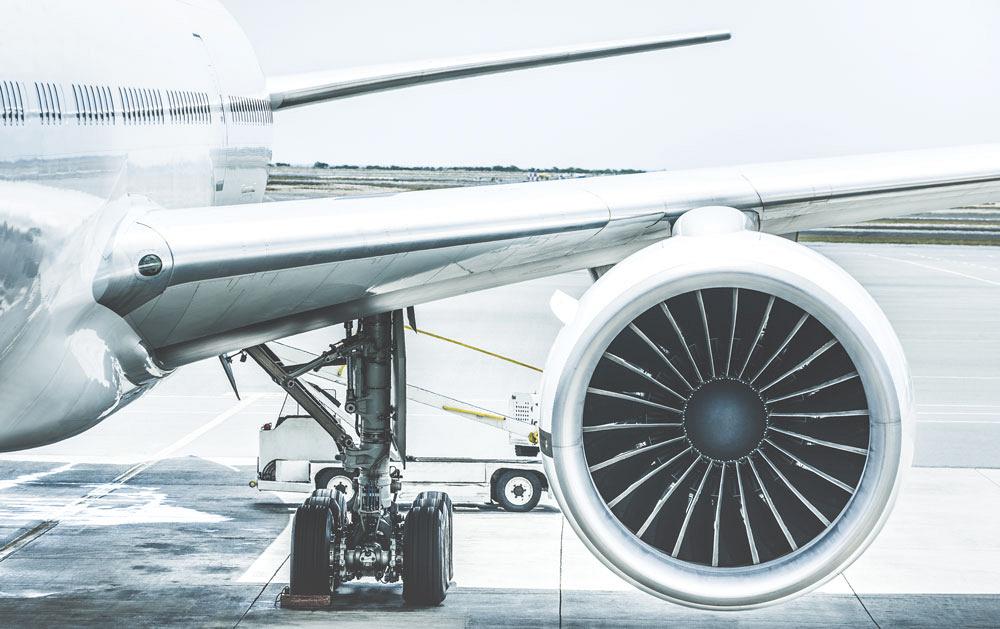 Sure, metal plays an important role in the aerospace industry, but so does plastic.

If you asked the average person what materials they thought were used to construct an airplane, it’s probably a safe bet that they would say “metals”. It’s certainly true that metal plays an important role in the aerospace industry, but so does plastic.

The early days of plastics in aviation

Although plastic itself dates back to the late 19th century, it was only in the WWII years that it first became seriously used in aviation. At that point, possibly its most important use wasn’t actually in aircraft, but in the radomes which were used to protect radar antennae from the great British weather.

The plastics which were used for this purpose were invisible to electromagnetic waves. This helped to improve transmission and hence the performance of what was arguably one of the most vital pieces of technology used in WWII.

From WWII to the oil crisis

Even back in the days of WWII, some early steps were being made in using plastic to reduce the weight of aircraft. It was used to line fuel tanks and fliers’ boots. It took until the early 1970s, however, for this really to become a major issue.

In October 1973, the members of the Organization of Arab Petroleum Exporting Countries (OPEC) proclaimed an oil embargo, which lasted until March 1974. This caused all kinds of chaos on a global scale and was, of course, a nightmare for the aerospace industry.

The crisis, however, spurred innovation. It was common knowledge (and common sense) that lighter aircraft would require less fuel so the aerospace industry started experimenting with plastic as an alternative to metal.

Not only did this reduce the weight of the aircraft, but it also made it possible to produce smooth contours which improved aerodynamics and hence increased the fuel-efficiency of aircraft.

From the oil crisis to the budget airlines

For roughly 20 years between around 1975 and 1995, the aerospace industry continued to grow but remained largely unchanged from its earliest days. Although commercial and leisure air travel was steadily becoming more affordable and hence more mainstream, it was still marketed and sold as a premium service offered by a limited number of providers.

In 1995 however, 28-year-old Stelios Haji-Ioannou launched Easyjet and suddenly the aerospace industry changed from being essentially a boutique service to being an everyday commodity.

Although customers did not necessarily put price above all other considerations, the overall quality of the travel experience has certainly remained important to many people, it’s probably fair to say that the average consumer became much more aware of price and even traditional airlines had to start paying attention to it to some extent.

Improving the fuel-efficiency of aircraft gave airlines more scope to cut prices and/or increase profits. It also opened up possibilities for flying longer distances in one stretch, which could offer further competitive advantages.

Possibly the standout example of this is the Boeing 787 Dreamliner, which was the first major commercial airliner to use composite materials as the primary material in its airframe. Almost half the airframe is made of thermoformed components; carbon fibre reinforced plastic and other composites. The reduction in weight increased fuel efficiency by about 20%.

As a bonus, the fact that the plastic composites are less prone to corrosion and structural fatigue than traditional aluminium makes it possible to increase the cabin pressure and humidity. This substantially alleviates traditional air-travel issues such as fatigue, dry eyes and headaches.

From the budget airlines to zero carbon emissions

For all the improvements in fuel efficiency, there is still much more to be done if the aerospace industry is to become truly sustainable and ideally carbon-neutral. This is still very much a work in progress, but it is probably safe to say that plastic will play a major role in making clean air travel a reality.

Nick Mills is the General Manager at Ansini who specialise in the manufacturing of vacuum formed plastic components for the packaging, automotive and aerospace industry.