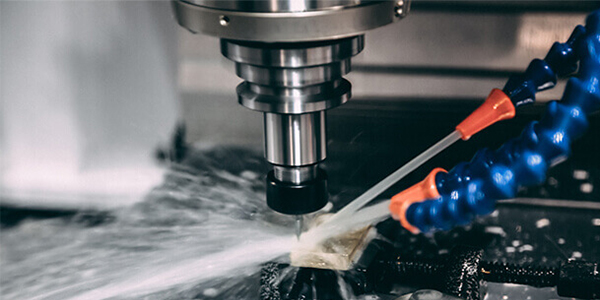 The year 2002 will prove to be a crucial year for Actron Manufacturing Company. The Cleveland-based producer of automotive diagnostic testers and performance tachometers and gauges is launching several initiatives that will take it deeper into its core markets, reinforcing its standing with its customer base as a provider of unparalleled value in its product lines.

This year, Actron will unveil a new merchandising program for its Actron® brand of automotive diagnostic equipment for do-it-yourselfers. According to William Sinn, vice president of marketing and international operations, the new strategy calls for more point-of-sale merchandising at the retailers’ stores. The displays that soon will appear at these locations will clearly show Actron’s capability to provide do-it-yourselfers with the diagnostic solutions they are looking for. In addition, Actron is slated to introduce a new Actron®-branded line of OBD II (On-Board Diagnostics II) AutoScanner testers. The company has added new features to this line to tailor it to the do-it-yourself market. This program is an extension of the existing code-scanner and scan-tool lines. These tools are diagnostic testers that communicate with a vehicle’s computer to diagnose the source of a problem by retrieving the trouble codes.

Modern vehicles are more complex and possess a lot more electronics than ever before. The on-board computer essentially controls and monitors the entire vehicle. Do-it-yourselfers struggle to learn ways to troubleshoot their vehicle problems when their vehicle’s “check engine” light illuminates. With its new OBD II AutoScanner and new point-of-sales, in-store display, Actron will take the fear away from the do-it-yourselfers. It is as simple as “plug-n-play.” The AutoScanner will lead them to the vehicle problem area.

These developments will serve to strengthen Actron’s commitment to its core mission. As Sinn describes that mission, “We provide better solutions to our customers. We make products that are easier to use and at a better price for our end-users.”

Tests of Success
That credo has governed Actron since its founding in 1964. Thomas F. Slater, who is the company’s chairman and chief executive officer, is a veteran of more than a quarter of a century in the automotive aftermarket business. Slater has led the way as Actron has built itself into one of the nation’s largest suppliers of automotive test equipment and instruments. Actron has used acquisitions to underscore its market position. The company is now structured into three divisions — Actron®, with its diagnostic product line for do-it-yourselfers; Sunpro®, acquired previously from Sun Electric, which makes performance gauges and tachometers for the traditional and performance racing enthusiasts, and KAL Equip™, which produces automotive diagnostic instruments targeted at professional technicians. Both the Actron® and the Sunpro® lines are sold through automotive aftermarket retailers such as Autozone, Advance Auto, Pep Boys and Sears. KAL Equip™ markets its products to mobile distributors such as Mac Tools and Matco Tools, and large wholesale distributors including NAPA and CarQuest. KAL also manufactures customer specific products.

Excellence by Design
Those facilities contain the most highly advanced manufacturing technology in the automotive diagnostics business, driven by one of the most experienced and creative group of engineers in the industry. Actron has set standards for product development in auto-motive diagnostics. In its U.S. facility alone, the company’s engineering department comprises one-sixth of its U.S. work force. But sheer numbers don’t tell the whole story behind Actron’s engineering excellence. Direct customer involvement plays a key role in Actron’s product development efforts. The company has had a long-standing policy of inviting customers to become part of its product design team. Sinn says customer input is crucial to the company’s product development efforts. In addition, connections with both vehicle manufacturers and automotive governing agencies including the Society of Automotive Engineers (SAE), ETI and the California Air Resources Board (CARB) have kept Actron up to date with all the technical and political changes in the marketplace.

Actron’s recent move to incorporate surface-mount technology illustrates how the company maintains its lead in manufacturing quality. The company recently purchased and installed two new surface mount machines to develop and manufacture printed circuit boards in house. With this new equipment, Actron can now further miniaturize and add more functions to its products, ultimately adding more value for its customers. In addition, the company helps shorten the product development cycle by enabling speedy prototyping. New product launches are by no means confined to the Actron® brand.

Last year, KAL Equip™ debuted models 9640, 9620 and 9040 scan tools, which retrieve information from vehicles’ computers. The information is displayed on a screen and then used by technicians to lead them to any problem areas that need repair. The three models allow technicians to diagnose problems with older cars built between 1984 and 1996 that have OBD I computer systems, and newer cars built after 1996 that have OBD II computer systems. “These scan tools are easy to use and are sold at a reasonable price,” Sinn says. “They are marketed as a good companion tool to more sophisticated and expensive equipment.”

Kal Equip™ also introduced a new line of digital battery testers last year, which diagnose the condition of the vehicle battery. Sinn explains, “More traditional battery load testers just measure battery voltage. Even if there is a voltage reading, the battery may be close to the end of its life cycle. These new products check the cold-cranking ampere (CCA) or capacity levels of the battery, which gives a better indication of whether or not the battery should be replaced immediately. The products are manufactured based on patented technology.”

Two years ago, Sunpro® introduced a new line of tachometers and gauges manufactured using a white face instead of a black face. “The white-face products are very trendy with younger consumers,” says Sinn. “They’re in keeping with the Sunpro® positioning as the performance legend. Sunpro® will continue to introduce new exciting products to keep up the rapid changes with the customers.”

Diagnosing the Future
The Actron® and Sunpro® lines remain the company’s core business. These products produce the highest sales volumes, and the company expects continued growth for them in the future. However, Sinn says Actron is excited about the prospects for the KAL Equip™ brand. It expects strong growth here, especially from the professional auto-repair customer base.

“Strong growth will come from KAL Equip™ scanning products,” Sinn predicts. “As automobiles become more complicated — for example, a Corvette has 19 computers on board — mechanics will need better tools that they can use to diagnose problem areas. And user-friendly products like KAL Equip™ will have the upper hand on the market. We also expect strong growth from KAL Equip™ battery testers. As autos become more electronic, they will need more battery power and these testers will ride this wave.”

Actron has been on the crest of the automotive-diagnostic wave for much of its history because of its consistent record of providing better, easier-to-use and better-priced products. The company has established itself as a powerful ally to its customers for all three of its branded products. Programs such as its point-of-sale display initiative should increase that power as Actron pursues future growth.