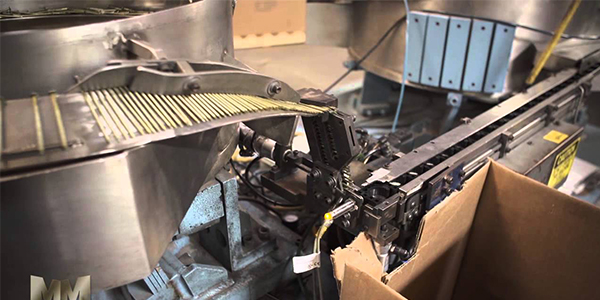 Not unlike the legendary Sioux Indian tribe, Sioux Chief Manufacturing, Inc. lives for tribe and tradition — a tribe of devoted employees and customers and a tradition of innovation. For the last 45 years and into the present, members of this Sioux Chief “nation” have demonstrated a prowess for creative manufacturing and product development, helping to make plumbing installations more efficient and effective across Midwestern states, throughout the country and globally. But this trail wasn’t blazed overnight.

In fact, the company has quite a history, affected by a variety of forces, such as the omnipresent influence of the Sioux Indian Chief turned company-logo Red Cloud, as well as the constant struggle with oft-varied plumbing codes and an unmatched ability to harness the mind-torque of employee as well as customer idea-engines.

Still, the story behind Sioux Chief Manufacturing is hardly behind. It is ahead, as has been the case from its very beginnings when Martin E. “Ed” Ismert founded his company on innovation some 45 years ago. Back then, the company manufactured few products and ran on a part-time skeleton crew. But it had vision. And it had desire.

Making Camp
In the beginning, Sioux Chief never expected to grow beyond the Midwest market. “Dad wanted to do business in the Midwest and wanted to dominate with
certain manufacturing capabilities; he never envisioned going beyond the Rockies or the Appalachians,” says Joseph (“Joe”) P. Ismert, now Sioux Chief president. In fact, this Midwest focus helped to birth the Sioux Chief name. Because Joe’s father, Ed, primarily operated in a region once crossed by the mighty Sioux, Ed thought it wise to model the company’s qualities — persistence and ingenuity — on those of the legendary Sioux warriors. So one of Ed’s brothers drew up a rendering of Sioux Chief Red Cloud for the company’s logo. They decided on the company’s name. The image now is synonymous with the Sioux Chief brand name, and both are readily recognized throughout the plumbing industry.

Nevertheless, a catchy name and a cool logo do not make a successful company, make. Successful products also are needed. After reading an article in a trade magazine about a certain manufacturer’s capabilities to spin and form copper, Ed sensed opportunity. The company, Wolverine, had devised a method to spin one-inch to half-inch connectors to pipe with spun-closed tops. The process was revolutionary, however primitive – “basically it’s a blunt-nosed hunk of steel spinning around; you shove copper into it and when it spins it stays together,” says Joe. Ed envisioned how this technology could be harnessed to create plumbing products that would add value for plumbers in the field. And, since time is money, Ed knew he had a product he could sell.

In short order, the company was producing both spun-closed air chambers, measuring about 12 inches long, and stub outs (the length of pipe plumbers use to breach a finished wall). The rest is history. And the rest, ironically, is future too.

Early Trail Markers
Ingenuity helped make the Sioux a mighty nation; at Sioux Chief, ingenuity formed the basis for everything that was to follow. In 1961, “Uncle Ted,” brother to Ed, uncle to Joe and an electrical engineer with a mechanical background, started to develop the spinning machine that would be used to produce the air chamber and stub out. In 1962, Ted was finished. The machine was working. “That was our inspiration to find ‘a better way’ and the whole philosophy behind what we do now,” Joe explains.

In 1975, Joe and his brother, Martin “Mike” Ismert III, bought the company from their father. The company, after all that time, was still very small. It still had limited products and only a few employees. Joe recalls, “When we bought the company, there were five people and everybody did everything.”

In 1980, Joe developed the “Sioux Strap,” a plastic pipe hanger with a pre-loaded nail, effectively ushering the company, once again, into a watershed of innovation and added value. Functionally, this hanger wrapped around pipe, elevating it from the surface material or structure to which it was affixed. This protected, insulated, and isolated the pipe, helping to reduce noise in a piping system. The pre-loaded nail, at the time, was a plumber’s bonus. It is now standard for many of the Sioux Chief hanging products that serve the American and worldwide plumbing communities today.

In the mid-1980s, Sioux Chief moved to its present location in Peculiar, Mo. The company now operates from a 255,000-square-foot plant and distribution centers located on both coasts.

Still Blazing Trails
Since the Sioux Strap, the company has filled a catalog full of innovative products, literally. In fact, along the way the Sioux Chief has developed a pretty tight relationship with its patent lawyers. And it is this pursuit of plumbing perfection that has driven and still drives Sioux Chief to continuously innovate and improve upon age-old plumbing problems, leading to new product launches or product innovations nearly every couple of months. Sioux Chief now boasts innovative products in five core product groups: water hammer arresters, residential and commercial drainage, pre-formed copper, hangers, and specialty.

Water Hammer Arresters
The Mini, Hydra, and Mega-Resters are designed and manufactured to stop water hammer, that banging noise you hear when you, or your laundry machine, shut off the water supply abruptly. Sioux Chief considers these soldiers of silence the jewels in the company’s crown. Most importantly, customers love and demand them, and in large quantities. If quality and satisfaction weren’t enough, states such as Florida have been reviewing and modifying their plumbing codes in the very recent past; it seems as though states, too, are “demanding” that water hammer arresters be installed. Needless to say, that bodes well for this Sioux Chief product line.

Drainage
The TKO (“Total Knock Out”) Closet Flange (a fastening adapter that affixes the toilet to both the floor and drainage line) is one of the company’s most recent product advancements. Like many of Sioux Chief’s products, this has existed “in function” nearly since the advent of toilets themselves. But the Sioux Chief TKO functions better. It serves as both closet flange and test device, equipped with a one-piece molded test cap that is both easy to remove in whole (with a quick pop from a hammer) and impossible to break into pieces. Plumbers love it. The problem with competitors’ models, Joe adds, is that they can be easily broken into shards that find their way into a drain, clogging the system.

Pre-formed Copper
When discussing major changes in the plumbing industry, it is impossible to ignore the recent advancement of alternative piping materials, such as PEX, PB, and CPVC for potable water plumbing systems. Though Sioux Chief does not make pipe, it has indeed gobbled up the opportunity that these systems have created, adding still more value to the installing plumber. Notwithstanding the hundreds of pre-formed copper adapter, connector and fitting design variations the company manufactures for all of these systems, one major product “innovation” stands out from the rest: the CPVC transition fitting. These fittings are meant to help the installing plumber connect CPVC pipe runs with copper and brass fittings and valves. But this “innovation” is not entirely new; in traditional Sioux Chief style, it simply has been tweaked for added value. “The design we use,” Joe explains, “comes from a 1972 patent but was never developed. No one has matched the process; it is tested and certified and conforms to standards.”

Hangers
Plumbers can hang pipe with just about anything, from wire to blocks of wood. Sioux Chief designs products that empower plumbers to hang pipe “in style” while saving time and money in the process. The USB (“Universal Slider Bracket”), one of the company’s most recent hanging innovations, revolutionizes the method plumbers use to bracket pipe. Among other things, this product has been designed to save installation time, reduce inventories, reduce plumbing system noise, and fasten pipe securely, not to mention the fact that if used within a copper plumbing system, the product eliminates the need for torch and solder at the bracket.

Specialty
Specialty is the Sioux Chief “catch-all” product group; or, at least, it provides a home for products that don’t fit well into any other product group. Not surprisingly, Sioux Chief is an equal-opportunity innovator, seeing beyond “group lines” when thinking creatively. Innovation is as innovation does, it seems. Take the Shower Wallnut, for instance; it is a before-the-wall, glass-filled nylon shower-arm connection. It comes equipped with a stainless steel lock ring and built-in compression ferrule to seal a stub out watertight to the Wallnut and the Wallnut watertight to the shower arm. Most importantly, explains Joe, it eliminates the last untested joint in a plumbing installation.

“We can do anything,” Joe says. “Two years ago we bought a mold-making operation, so we can now make our own injection molds. We can fix our own equipment and have the capabilities to do anything right here. We have smart and talented people, and it’s hard to hold the reigns and not get into other things.”

But creativity lives in the heart of this company, and hearts can’t be innovated. Hearts innovate. So as long as these hearts keep beating, Sioux Chief’s creativity will never stop. As Joe Ismert puts it, “We make all these new things because we can’t help ourselves.”