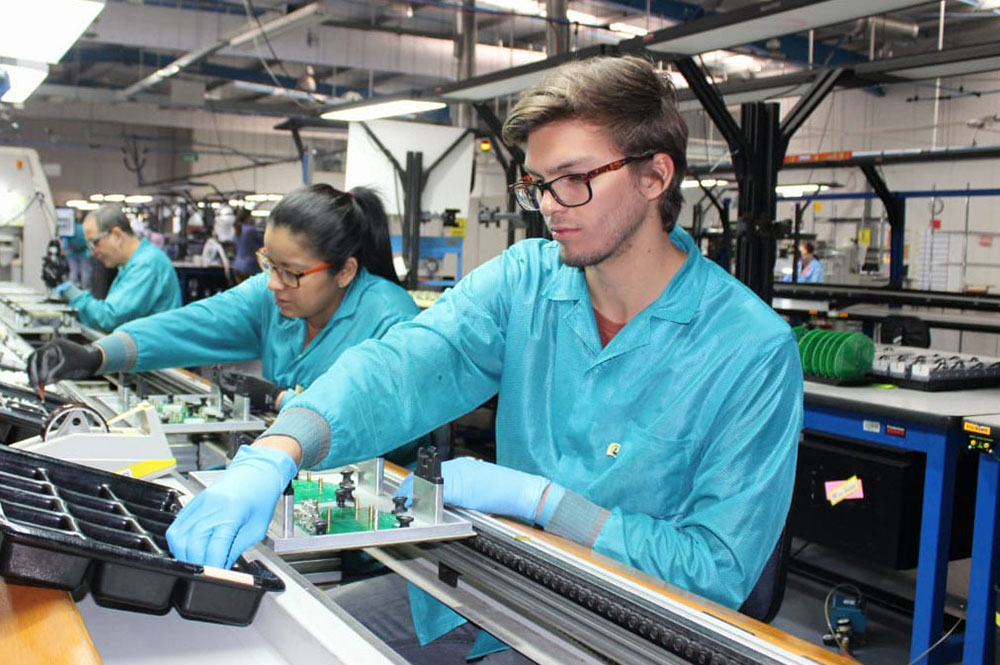 The China tariffs continue to cause a wave of anxiety in manufacturing, and as trade negotiations prolong, the industry is finding itself in the wake of an important shift in the global supply chain. Once the ‘King of Offshore,’ many companies are opting to move production out of China to explore new territories in an effort to mitigate expensive trade duties.

The question now poses itself – if not China, then where? Though neighboring Asian countries such as Vietnam have received an influx of business from those fleeing tariffs, there are some surprising competitors emerging closer to home. Mexico has had a big manufacturing presence, especially in the automotive sector, since the creation of the Maquiladora Program and NAFTA in the 1990’s, but the real new kid on the block making its name is Costa Rica. This nearshore gem has recently seen an increase in the export of medical devices and electronics as more companies are discovering its benefits far supersede simply a solution to tariff avoidance. In fact, medical devices were Costa Rica’s number one export in 2018, making it their first non-agricultural sector to take the top spot. One-third of its total exports are represented when coupling this with the $518.6 million in electronics. So, what is causing such a massive boom for this small Central American country? While the advantages are numerous, there are a few features we find uniquely significant.

We have already touched on the most glaringly obvious benefit Costa Rica offers which initially draws most companies to explore it as a contender – a massive network of free trade partners. With an arsenal currently containing 57 trade partners and 13 free trade agreements, including one very important FTA with China, there is worldwide interconnectivity allowing companies the convenience of importing cheaply sourced components from Asia and receiving finished products without paying extra duties. When done right, this alone can equate to a savings up into the 25-30 percent range, depending on Harmonized Tariff Schedule (HTS) codes.

“When the big medical operations moved to Costa Rica, it created demand for local manufacturers to support these companies in terms of tooling and other processes,” says Scott Ellyson, CEO and co-founder of East West Manufacturing. Though Costa Rica itself does not have a strong local supplier base, Ellyson says U.S.-based contract manufacturers like East West who have developed strong global relationships have the advantage of bringing items in from other low-cost countries such as India and Vietnam.

“The way we deal with this is by having our supply chain teams across the globe support Costa Rica and find parts they aren’t able to find locally in the same way we did with our factory in Vietnam, who also did not have a strong supplier base in the beginning.”

While comparable labor rates and less expensive shipping add value to Costa Rica, there is a wide net of additional benefits stemming from its proximity to the U.S.

When developing or launching products, technical teams are required to be highly involved in getting projects off the ground, making speed of development top priority. Because Costa Rica operates in Central Standard Time with flights from the U.S. lasting only a few hours, engineers and product developers experience a significantly reduced burden of communication compared to those launching in countries of opposite time zones. The location also allows teams to communicate and visit more often to observe production and testing, ultimately reducing time required to make necessary changes. Moreover, Costa Rica’s comparable western-style culture allows them to understand both quality expectations and sense of urgency.

As blockchain technology hits the global supply chain and improves efficiency, localizing hemispheres will emerge as a global movement in offshore manufacturing. With pace setters such as Amazon shifting Prime memberships to free 1-day shipping, there will be an increased demand for speed, flexibility and customization. If companies want to stay competitive, they need to be strategically positioned close to the consumer.

“Costa Rica is the best of both worlds,” says Ellyson. “They are both competitive in terms of cost and you’re getting increased speed. We wouldn’t be able to react fast enough if we weren’t also in Costa Rica, both in launching products and reacting to issues because there is so much flexibility and transit times are so much less.”

The U.S.-China Trade War is not only significant for American manufacturing but may also be the catalyst to another industry-wide global shift. While companies seek ways to save money and new technology spurs consumers to demand more, faster, better, nearshore manufacturing is poised to be the next big trend allowing small yet rapidly advancing countries like Costa Rica the opportunity to grow their economy in unprecedented fashion.

About the Author
Michelle Jones is a digital marketer for East West Manufacturing – a global design, manufacturing and distribution company based in Atlanta, Ga. She has been working in marketing and public relations in a multitude of industries for over a decade with past experience in both adult and pediatric healthcare. Now immersed in the world of global manufacturing, Michelle writes, designs and disseminates content for East West who was recently named one of Atlanta’s Top 40 Fastest Growing Companies by the Atlanta Business Chronicle. Contact: mjones@ewmfg.com