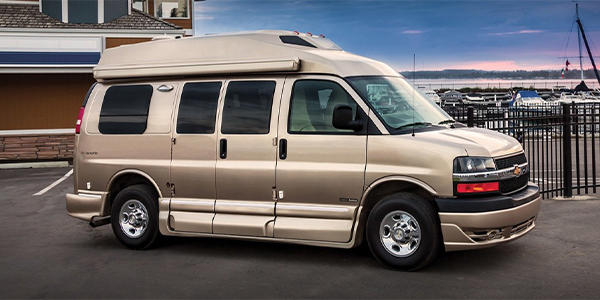 “It’s a great time to be in the Class B motorhome business,” rejoices Jeff Hanemaayer, chairman of Home & Park Motorhomes.For a healthy part of its 32-year existence, the Kitchener, Ontario-based company has sat in a good spot. Since 1990, it has been the biggest seller of Class B motorhomes (also called camper vans) in North America. But in recent years, business got a whole lot better. The company, which manufactures and sells the Roadtrek family of smaller recreational vehicles, has enjoyed increased revenue driven by three market factors: the impact of the aging baby boomer demographic, recent consumer concerns about gasoline prices and, somewhat surprisingly, a demonstrated interest on the part of younger consumers for motorhomes.

Typically, motorhomes attract older consumers. Indeed, Home & Park’s primary market is comprised of 50-and-older consumers, specifically those described as the retired or soon-to-retire “empty nesters” who seek a smaller, more convenient alternative to the huge RVs. “People who want to continue to ‘RV’ as long as they can usually end up buying a Class B motorhome,” explains Hanemaayer. “The larger motorhomes become too much vehicle for them. Roadtrek vehicles are much easier to handle and give them much more mobility.”

However, Home & Park has witnessed growing sales at the other end of the age spectrum. “We’ve started attracting buyers as young as 32,” reports Hanemaayer. “With our recent four-wheel-drive option, we’re appealing to younger families with more active lifestyles. Our dealers are even requesting that we provide mounting mechanisms for things such as surfboards and sailboards.”

Still, older customers account for 90 percent of Roadtrek’s business, and that age demographic is dramatically increasing. “The first baby boomers turned 50 in 1996, so we’ve started seeing benefits from the leading edge of that demographic,” says Hanemaayer. “There’s increased demand as it merges with our primary demographic.”

Size Advantage
Both age groups covet the benefits that Roadtrek models provide. For one thing, the vehicles are simply easier to drive than big RVs. Equipped with a Chevrolet chassis, Roadtreks provide greater handling, excellent suspension, and optimal steering and braking capabilities. Featuring a lower center of gravity and better weight distribution than RVs, as well as a longer wheelbase compared to overall length, the vehicles offer excellent stability. Drivers can easily navigate Roadtreks on highways as well as back roads and in areas of congested traffic. Further, and this is a big consideration, Roadtreks are much easier to park and can fit into standard-sized parking spots. As such, they provide owners with greater mobility, which is important to older drivers, who often need to stop and use the bathroom facilities or find an easily accessible space where they take time out for a rest. In addition, because it can go just about anywhere without the restrictions imposed on large RVs, an 18- or 20-foot Roadtrek can take the place of a second family vehicle, which makes one cheaper to own, because there are no storage costs.

Moreover, Roadtrek fuel efficiency is obviously attractive to older and younger drivers alike. With their aerodynamic shape and lower overall size and weight, Roadtrek vehicles provide many more miles to the gallon. In particular, the RS-Adventurous model, introduced in August 2005, gets 22 to 25 miles to the gallon on the highway. Based on the Mercedes-built Sprinter 2500 series van, the 22-foot motorhome is powered by a fuel-efficient CDI (common-rail direct injection) turbo diesel engine, which not only provides greater fuel economy but results in long service intervals and greater vehicle longevity.
Fuel efficiency in all Roadtrek models has boosted sales. “After fuel prices spiked last summer, business really improved,” comments Hanemaayer. It improved so much that, in February 2006, Home & Park decided to increase its production and shipping rates.

Driving Innovation
The starting point for the company’s road to success was established in 1974, when Hanemaayer’s father Jac, a Dutch immigrant and entrepreneur, became interested in acquiring an RV for his personal use. He liked the spaciousness afforded by the larger Class A and C motorhomes but, like many people, he was put off by the size. As he told his friends, he didn’t want to become a “weekend bus driver.”

His search directed him to the camper van market. While the size of such vehicles was more to his liking, he couldn’t find one that provided the comforts of larger motorhomes. At that point, he decided to take matters into his own hands: He custom-designed his own class B motorhome and he commissioned a company called Home & Park Vehicles to build it. He liked the finished product so much that he bought the company. By 1980, he had completely redesigned the class B motorhome for the consumer market. “For the exterior, he lowered the roof height by lowering the floor inside the vehicle. Previously, roofs had to be high, to provide standing room. But the high roof height resulted in wind sway and poor fuel economy,” recalls his son.

For the interior, Jac Hanemaayer developed his revolutionary three-section floor plan. The new overall concept was christened Roadtrek. In 1983, Home & Park began selling models in the U.S. To protect many of its design features, the company took out Canadian and U.S. patents. But it didn’t take long for the rest of the industry to swing into copycat mode.
“By 1987, almost every camper van manufacturer had copied the general floor plan, as patents only provide limited protection,” recalls Hanemaayer.

However, while competitors tried to imitate, the original proved still the greatest. “The other companies skimped on attention to detail and quality,” says Hanemaayer. “They also tried to undercut us on price. Still, no one was able to displace our growth and our climb to the number-one position.”

Continuous Creativity
But Home & Park didn’t attain that growth or maintain its market status by resting on its laurels. “We consider our industry-leading design to be our most important critical success factor, and the way to stay in front is through constant innovation,” says Hanemaayer. “Competitors can copy and are constantly playing catch-up, so it’s a race that never ends, but it’s the only way.”

As such, Home & Park has introduced innovations with remarkable regularity. In particular, from 1985 to 2000, as company president, Hanemaayer oversaw company growth through a particularly productive period. During Hanemaayer’s tenure, the company came up with several important innovations including a twin-bed floor plan in 1988. In 1991, Home & Park developed the industry’s first 21-foot camper. In 1997, it designed the industry’s first wide-body class B using a one-piece fiberglass body.

After assuming the role of chairman in 2000, Jeff continues guiding company development, which, at times, reflects an enormous degree of ambition. “From 2001 to 2004, we completely redesigned all five of our models from the ground up,” Hanemaayer points out. “This represented a huge engineering effort, and we accomplished it in only three years.”

Largest Manufacturing Site
Such a prodigious effort requires a remarkable production venue. Home & Park manufactures its vehicles at a 120,000-square-foot facility, the largest Class B motorhome factory in North America, located in Kitchener. The company is looking to acquire a 30,000-square-foot satellite facility, where it can perform its own body painting.

For now, the existing site is equipped with sophisticated computer-aided design and computer-aided manufacturing tools, the same CAD/CAM software used by companies such as General Motors, Boeing and General Electric. Roadtrek vehicles are manufactured on two U-shaped assembly lines. The company produces 30 to 35 vans per week or over 1,500 per year on a single shift. It takes about three-and-a-half weeks and 160 labor hours to produce the typical standard body model. Wide-body models take an additional week.

In 2001, Home & Park was the first motorhome manufacturer in North America to obtain registration to the rigorous ISO: 9001:2000(E) international standard, a complete Quality Management System standard with an emphasis on effective processes and continuous improvement.

The company sells its product through a coast-to-coast, North American network that includes more than 100 dealers. As far as recent offerings, in August 2001, the company introduced the 20-foot Roadtrek 190-Popular Class B motorhome on a Chevrolet platform, designed to appeal to the younger market with its independent front suspension and available four-wheel- drive conversion. “Few RVs have four-wheel-drive, as most RV drivers only go to places accessible by two-wheel-drive,” says Hanemaayer. “By offering four-wheel-drive on a small product, we offer a vehicle to people who want to go places they can’t get to with two-wheel-drive. At the same time, users can take all of the comforts of home with them, whether they’re hunting, fishing, or at the beach.”

In 2004, Home & Park came out with two 210 models: the 210-Popular and the 210-Versatile. The 210-Popular’s frame is extended 18 inches behind the rear wheels, resulting in an overall length of 21 feet and 11 inches. It has a full van body with more headroom (74 inches), more aisle width (32 inches), more bathroom and storage space, and a bigger sleeping area. The 210-Versatile includes innovations found in the 210-Popular as well as two captain’s seats and two forward facing lounge seats that provide seating for four riders up front; an L-shaped lounge that converts into a large queen-size bed; and large temporary bathroom/privacy area, among other features.

The aforementioned 22-foot RS-Adventurous, introduced in 2005, is based on the Mercedes-built Sprinter 2500 series van. The Sprinter van is designed for exceptional fuel economy, durability, safety, practicality, comfort and quality. The model features an Electronic Stability Program (ESP), advanced traction control system, rack-and-pinion steering and a smooth shifting five-speed automatic transmission. According to the company, its space utilization provides openness and livability not found in any other Class B vehicle.