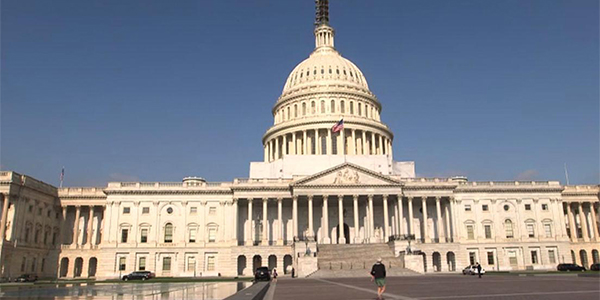 Those who dwell among the K Street lobbyist shops and think tanks have spent this summer chewing over President George Bush’s prospects to put one or perhaps two new justices on the U.S. Supreme Court.

Mr. Bush has but four months to come up with an even more important appointment. He must designate a successor for retiring Federal Reserve Chairman Alan Greenspan, who at 79 wants his term to expire in January. This appointment will have infinitely more to do with Mr. Bush’s historical reputation as well as the prospects for electing another Republican President in 2008. Then there is the small matter of the course of the world economy for the next 14 years or so.

There is a surprising unanimity in what kind of economic temperament is best to head the vast and deliberately decentralized Federal Reserve System and the Open Market Committee that ring the quarterly policy changes of American monetary policy. What is wanted, the view from Wall Street to Capitol Hill says, is someone who combines the best talents of Chairman Greenspan with those of his predecessor Paul Volcker.

In short, what is wanted is a replication of the last 26 years of Volcker-Greenspan stability, tranquility, and growth. In short, the consensus has forgotten what little history it observed over that period of time.

What Mr. Bush and his White House recruiters for the Fed appointment first need to acknowledge is that these two super-intellectual economic giants had very little in common. More, the monetary time-span that Volcker and Greenspan dominated saw changes in the world that would have been unimaginable 26-years ago. That transformation is accelerating.

So what the president might well consider is not some Vol-Span clone, but someone more in tune with this hyperactive, information-glutted marketplace where capital can fly around the world faster than sound information and where industries once considered the bedrocks of nations are yielding place to ephemeral ventures whose final uses and values are unforeseen.

In his 1979 campaign against “stagflation” Volcker denied the money markets an interest rate target to play off against. He constricted liquidity and sparked even higher rates for a time. But by 1980 inflation was down to 9 percent and dropped all the way to a 3.2 percent level by 1983. But it was hard and lonely sledding until then. While the squeeze was on there was a sharp decline in GDP growth and an increase in unemployment which reached the highest levels since World War II. The presidents he served did not always love him.

In fairness to the man, it can be argued that Greenspan has had a harder time keeping the U.S. economy on course during his 18 years than Volcker did during his eight years. Volcker triumphed brilliantly in one major campaign. Greenspan’s tenure has been a series of tactical struggles. One month after taking the Fed chair in August 1987, he pulled too hard on the liquidity lever and a stock market correction that was in motion turned into a mini-panic. He adroitly reversed the Fed pump and convinced banks to keep liquidity levels high enough to reverse what had turned into a global contraction. He never again would squeeze liquidity that hard.

By some measures the U.S. economy is in better shape on the eve of Greenspan’s departure. He has made the workings of the Fed more transparent. And his persistence in the cause of price stability has shifted the monetary policy debate away from the Clinton era demand for “full employment.”

Greenspan carefully crafted a reputation as an inflation hard-liner. It is a carefully crafted pose because during most of his tour of duty, Greenspan has actually been more likely to publicly remove the punch bowl with one hand while pouring a bit more stimulus with the other hand.

While jawboning against “irrational exuberance” on Wall Street in 1996-1997, Greenspan continued to supply the very fuel for the high tech bubble that ended in the share market collapse a few years later. He appears to be following the same path even now when he complains that the boom in housing prices is “froth” while not moving against speculators who are drawing on ample liquidity to finance their purchases. He has clearly set a moving target of interests designed to throttle inflation but the marketplace has yet to even pay attention. Greenspan calls this “a conundrum.”

It is this “conundrum” that is his bequest to his successor. The U.S. economy is growing at a comparatively robust 3.5 percent annual rate that should continue through next year. On average 180,000 new jobs are being created each month this year. The current record government budget deficit may be halved next year. And despite $60-plus per barrel oil prices, the housing price boom has given back enough new capital to offset half of the 1 percent reduction in economic growth siphoned off by the energy crisis. Corporate profits through this summer have soared at a 27 percent annual rate over the same period in 2004.

The danger with Mr. Bush, if one looks at his preferences for giving places in his government, is that he will choose a Fed chairman the way he appoints Supreme Court Justices – by choosing men who are politically loyal to him and his anodyne conservatism, but who most of all can slide by the strident contention of the Senatorial vetting procedure. While we may say we want a Goldilocks economy, a Goldilocks Fed Chairman (not too hot, not too cold…) may be the wrong central bank chief at the wrong time. The trouble with Mr. Bush’s short list is they are as unlikely as Greenspan has been to remove the punchbowl or even dilute its contents.