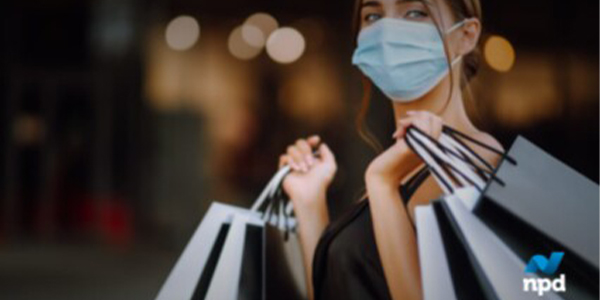 Americans reveal that what, where, when, and how they eat seems to be based largely on convenience and cost, according to The NPD Group’s 20th Annual Eating Patterns in America report. While year-over-year changes have sometimes been modest in our eating habits, the significant changes come from long-term findings. For the past two decades, NPD has measured and reported the eating habits of Americans, and has been the sole information source for tracking these important trends.

Eating Patterns in America (EPA) examines what consumers are eating, where they buy their food and beverages, who prepares meals, the most popular foods at each meal and what appliances are used. EPA takes an in-depth look at the restaurant industry, trends in diet and nutrition, and concerns about health and food safety. It also captures consumers’ attitudes and behaviors about food in home and away from home.

Based on data collected during the 12 months ending February 2005, EPA also tracks the daily consumption habits of hundreds of thousands of Americans. The book compiles data collected from more than 40 NPD databases involving consumers, manufacturers and food retailers.

No Change in Diets, Even Though We Are Larger

Another significant change in the last 20 years has been the expanding size of our waistlines. In 1985, the percentage of people who say that they would like to lose at least 20 pounds was 54 percent. Today, that percentage stands at 61 percent. Surprisingly though, there is no comparable increase in the amount of people on a diet today, versus those on a diet in 1985 (25 percent then and now). This does not account for any changes within those 20 years, including the rise and fall of various popular diets.

Americans are more likely to take out from a restaurant than to eat there. Whether traffic is the driving force, or simply impatience, we cannot wait to get home to eat our meals. When looking at eating patterns in America year-over-year, it is difficult to determine whether we’re seeing a change or a fad. The benefit to looking at trends over 20 years makes these differences quite clear, and widens our focus.

At Home, the Appliances Used More at Dinner:

At Home, the Appliances Used Less at Dinner:

Some other key findings:
Today, 53 percent of people say they try to avoid snacking, as opposed to 71 percent in 1985.

We are more likely to see carbonated soft drinks included in our diets today for all meal occasions, and less likely to see toast.

Over the past decade our eating patterns have mirrored our lifestyles – this change is reflected in many demographics but the main drivers, fast and cheap, have dominated our culture. As our lives get busier, these two trends will remain dominant.

Harry Balzer, Vice President of The NPD Group, has studied Americans’ eating habits for 25 years. Balzer is recognized as one of the most influential forces in the way Americans eat, cook and think about food.

Since 1967 The NPD Group has provided reliable and comprehensive consumer and retail information for a wide range of industries. Today more than 1,400 manufacturers and retailers rely on NPD to help them better understand their customers, product categories, distribution channels and competition in order to help guide their business. Visit http://www.npd.com.

NPD Foodworldr, a division of The NPD Group, is the leading provider of food consumption patterns at restaurants and at home. NPD provides sales and marketing information for manufacturers, operators and retailers in the food, beverage and foodservice industries. Today more than 90-percent of the nation’s leading food and beverage manufacturers and restaurant operators rely on NPD Foodworld.