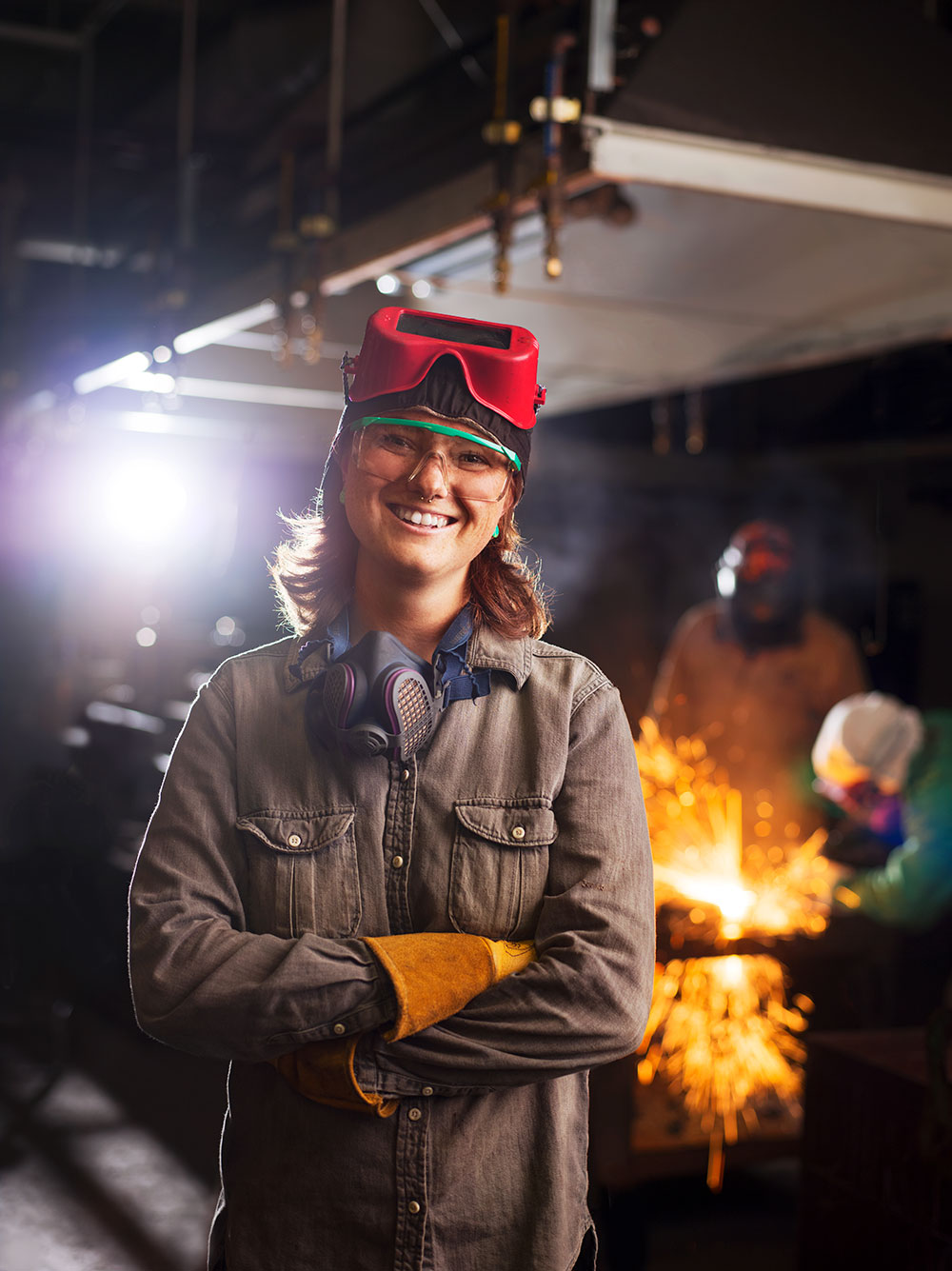 In 2019, the Society for Human Resource Management (SHRM) reported that the widening skills gap in the U.S. is a serious and growing concern that ‘threatens the nation’s long-term economic prosperity.’ And on the surface, it’s difficult to understand. “California faces a confounding juxtaposition (one shared with most other states): thousands of unemployed or underemployed workers living side-by-side with thousands of unfilled jobs” (Ton-Quinlevan, February, 2016).

Nationwide, according to a study by SHRM, seven million jobs were open as of December 2018. But, according to over 1,000 human resource respondents, 83% of them are having trouble recruiting suitable candidates. Trade skills (carpentry, plumbing, welding and machining) ranked highest among missing technical skills (SHRA, 2019).

The study goes on to report that 50% of respondents feel the skills shortage has worsened or greatly worsened in the last two years and 51% of employers believe the educational systems have done ‘little or nothing to help address the issue.’

That’s not true in California, and it’s likely untrue in other states as well. California established a task force in 2014 and the 2016/17 and 2017/18 budgets provided over $200MM in on-going funding for the California Community Colleges ‘to improve the availability and quality of career technical education leading to certificates, degrees, and credentials (Legislative Analyst’s Office, 2018). A tiny percentage of the funds were allocated to marketing with the main goal of increasing awareness of Career Technical Education (CTE), as a result of research which indicating a lack of awareness as a key barrier to enrollment.

Qualitative research uncovered a deeper issue that’s rarely talked about or addressed, and that’s a long-standing, deep-seated stigma against skills-based career training. Enlightened educators who recognize the issue have elevated it to a cultural bias that needs to be shifted.

Despite all we know about student debt and ‘underemployed’ university graduates, there remains a terrible and unwarranted stigma among parents, counselors, educators and many of the students themselves about career technical education and a perception of ‘dirty jobs.’ Within the context of the stigma, the idea of promise and upward mobility remains exclusively attached to 4-year institutions. CTE programs, on the other hand, were condemned as ‘not real college’ and considered a second or third-rate option without the prospect of a fulfilling, prosperous life.

There are few things in life more important, or emotional, than considering one’s future (or the future of one’s child). And to that end, the skills gap cannot be effectively and thoroughly closed by creating better quality and access to programs, alone.

Here are a few steps we can take to narrow the gap:

No doubt about it – access to quality training programs are an essential piece of the puzzle. But so is a new communications approach that will squash the old, outdated stigma and open the door to literally thousands of new and exciting options for America’s young and underemployed.

So, what are we waiting for? Let’s get to work!

About Lori Bartle, President, Mering:
President. MBA. Trusted client advisor and devotee of the big picture. For 20+ years, Lori has been the bridge between client and agency, shaping growth and evolution. Logs more hours watching professional sports than she cares to admit.