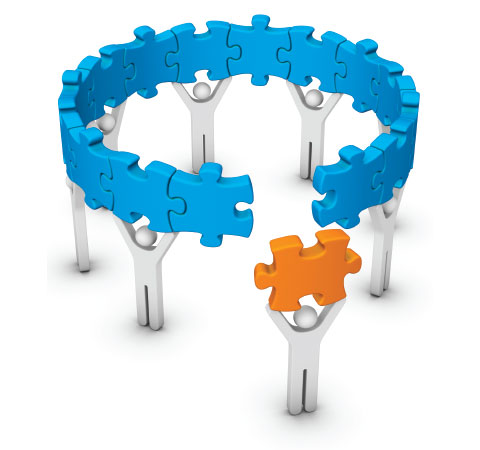 According to the National Association of Manufacturers’ (NAM) latest Manufacturers’ Outlook Survey, 9 out of 10 manufacturers are optimistic about the future. Yet, the same survey also found 7 in 10 manufacturers expressing serious concerns about their ability to find the skilled workers they need to maintain this momentum. The gap between the volume of open jobs in the manufacturing sector and the number of workers ready to fill them could represent manufacturing’s most serious challenge—and it’s getting worse.

As new research from Deloitte and The Manufacturing Institute (the NAM’s social-impact arm) shows, the manufacturing skills gap is expected to rise to as many as 2.4 million unfilled jobs between now and 2028 (compared with 2 million jobs between 2015 and 2025, according to an earlier version of the study). In turn, more than $2.5 trillion in manufacturing GDP could be at risk over the next decade.

There are already roughly half a million jobs left unfilled today, and as this research shows, more than half of manufacturing’s open jobs for skilled workers in the United States remain unoccupied. These “skilled positions” require specific training or skillsets and often take months to fill. They include positions for everything from digital and supply chain talent to skilled production workers, researchers, scientists, software engineers and operational managers.

The Deloitte/Institute study found that the top reasons these positions typically go unfilled are negative perceptions of the manufacturing industry (45 percent), the notable shift in desired skillsets due to the introduction of advanced technologies (36 percent) and the retirement of baby boomers (36 percent). This challenge in filling positions, meanwhile, could have a negative effect on the future of the industry—by constricting its potential to grow.

Over the next three years, the inability to fill open positions is expected to have the greatest impact on manufacturing companies that are maintaining or increasing production levels to satisfy growing customer demand (51 percent). This could also pose a challenge for the nearly half of manufacturers that are responding to new market opportunities as well as those increasing growth as measured by revenue (47 percent each).

Many manufacturers are taking important steps now to mitigate this expected talent shortage, and they should consider expanding their efforts. The Deloitte/Institute study found that manufacturers are using a variety of approaches, from adopting learning and development programs to creating short-term project opportunities for recent retirees. The vast majority of companies (83 percent) also reported that they are prepared to pay more to attract and retain skilled talent, and a similar number (77 percent) are ready to increase flexibility in the hiring process.

Manufacturers should think long term as well—as many of them already are. They should strive to attract a diverse cohort of workers to the industry, both to fill the empty jobs and to provide a valuable breadth of insight and experience. Over time, new technologies like artificial intelligence and robotics are expected to transform the industry far beyond even the advancements seen in the 20th century, and manufacturers should equip their workers not only with new hard skills but also soft skills like adaptability and creative thinking.

Organizations that support manufacturers, such as the Institute itself, along with schools and technical programs, also have an essential role to play. For example, every year, the Institute helps organize thousands of Manufacturing Day events, where factories open their doors to parents, teachers and students to show them up close what today’s high-skill, high-tech, highpay manufacturing industry actually looks like. Meanwhile, innovative educational programs are starting kids on the path toward possible manufacturing careers at a very young age and investing in their continued, lifelong education. A “STEM career pathway” in Harrison County, Kentucky, public schools, for example, now extends from pre-kindergarten all the way through graduate school.

Solving the workforce talent challenges is a multilateral endeavor that will likely involve schools, colleges, businesses, policymakers and nonprofits alike. The manufacturing industry needs support through the demographic and technological changes that lie ahead. Thanks in part to policies like tax and regulatory reform, manufacturing seems to be doing very well today. But this optimism can quickly dissipate if the skills shortage is not addressed in a comprehensive way—and soon.

Carolyn Lee is executive director of The Manufacturing Institute.