Liberty Games has undertaken a survey of Brits to find out the opinions of the UK workforce on working from home.

April 2020: Due to the Coronavirus lockdown, for many, working from home has become the new norm. But how is the UK coping and adapting to the change in lifestyle and how are they managing their work-life balance? Liberty Games has conducted a survey to reveal how the UK workforce are coping with working from home. You can see their full findings here.

Despite the luxuries of being able to eat when you want, wear what you want and not having to tackle that dreaded commute, working from home, for some, can be very stressful. With almost all communications done through instant messaging and a 1900% increase in daily users on Zoom since lockdown began, instructions and tasks can be miscommunicated and end up taking longer than expected.

When at home, it’s almost too easy to forget your regular work schedule and work longer hours where work and life seem to merge into one. In fact, 41% of Brits said they often work through their lunch break when working from home. What’s more, 38% said they are more likely to work longer hours.

But it’s not just the workload that is hindering Brits from adapting to the working from home status, Liberty Games’ research found that almost a third (31%) of people are struggling to concentrate, more than 1 in 3 (35%) feel bored and one in 5 (20%) even admitted they are less productive. These results suggest that whilst people may be working more hours, at home, they’re not necessarily delivering better work and may feel less efficient. 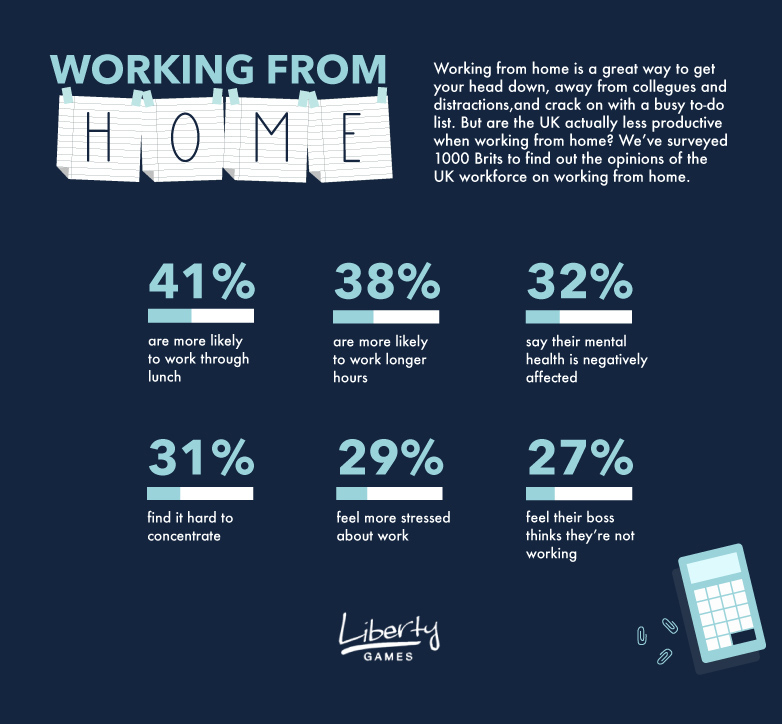 Working from home is making the UK stressed.

Our findings revealed that 29% of Brits admitted that working from home makes them feel more stressed. But which cities around the UK are being affected the most by the change in the working environment, and which are the most stressed?

Where are the most stressed cities?

Coming in as the most stressed city in the UK is Cardiff, where half (50%) of the city’s working population are struggling to adapt to the new working conditions. Following closely behind is Bristol where 43% of the city’s workers are more stressed working from home and would rather be in the office. 3rd position goes to Leeds where again 43% of the working population are more stressed working from home.

Where are the least stressed cities? 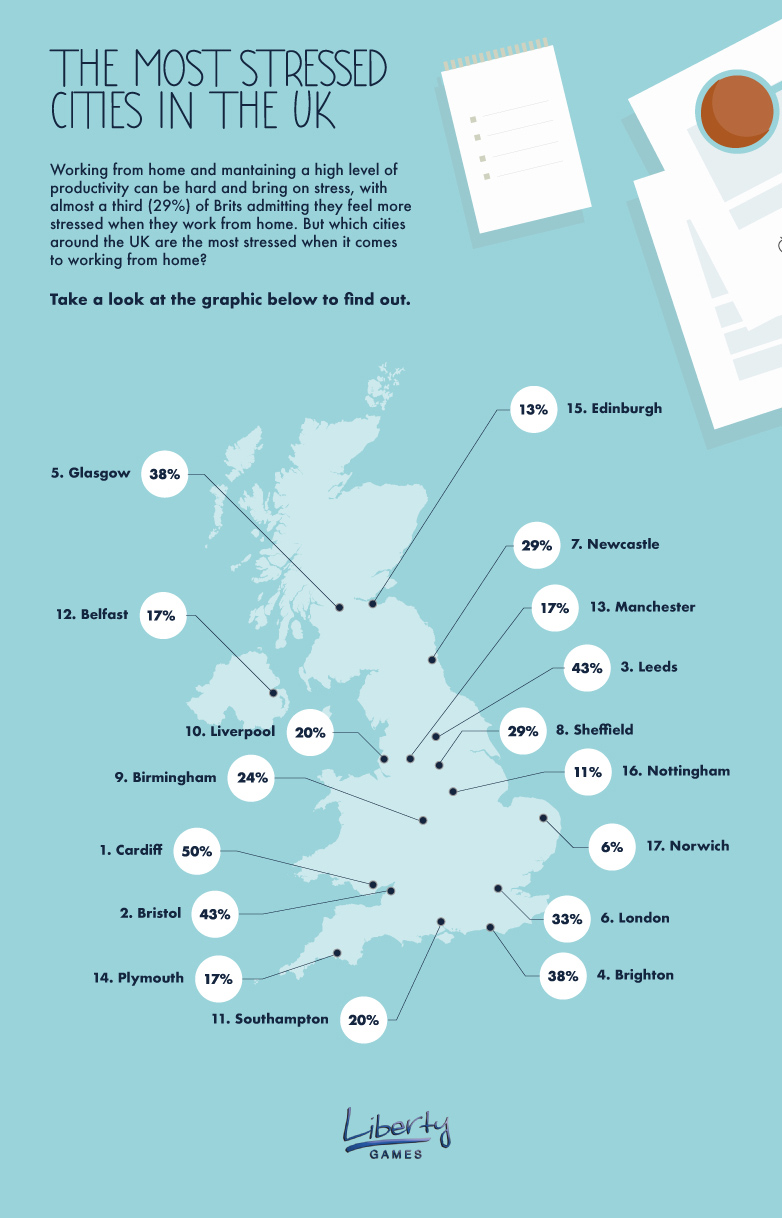 Take a look at the table below that reveals the top 10 most stressed cities in the UK due to working from home: 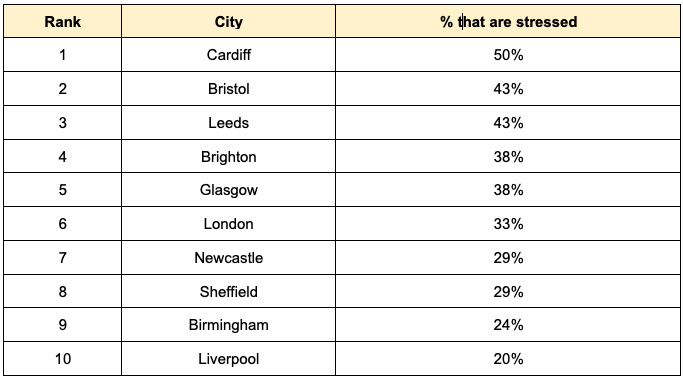 So how is the UK combatting their stress?

38% of Brits said that playing games helps them to relax and de-stress when working from home. But when it comes to picking which game to play, there was a lot of competition.

Leading the way in the best game to help Brits de-stress was puzzles, where a third (33%) agreed it was the best game to help unwind after a long hard day of working. If puzzles aren’t your thing, perhaps you could try video games, the second most popular activity to help de-stress. Or if you really need to let off some steam why not try a sports-based game, as 19% of Brits agreed that these types of games are the best for de-stressing.

Would you like to de-stress from work by playing games? Visit Liberty Games for games ideas, products and more information.