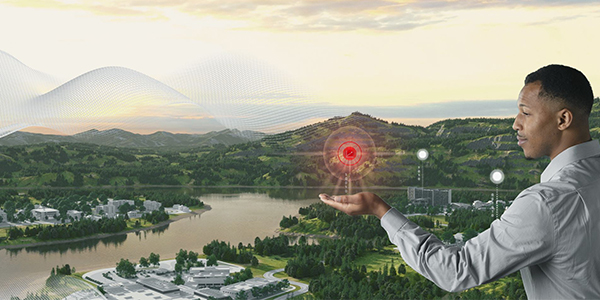 ABB Vetco Gray’s MS-700 family of subsea wellhead systems has been categorized as a world class, field-proven success, with more than 600 installations worldwide.

Given this accomplishment, as well as the wide use of ABB Vetco Gray’s other products, it seems inherent in the company’s makeup that it would undertake any breadth of enhancement to its own operation to assure efficiencies both internally and for the ultimate users of its products. Equipment manufacturers for offshore, subsea and onland drilling, ABB Vetco Gray’s commitment to quality is realized in its $700 million in sales volume, making it a significant contributor to parent company ABB’s $23.7 billion.

Recently, in an effort to further streamline, innovate and bring quality to its global customer base, ABB Vetco Gray launched on a $72 million, three-phase capital modernization program – or CMP. This effort, begun in 1999, saw ABB Vetco Gray reduce its machine-tool base from 93 to 36 machines, a decrease that precipitated a rise in productivity.

The CMP program also streamlined the software end of the company’s manufacturing arm, seamlessly networking and tying in suppliers to all aspects of specific projects. The result: Before, it could take up to two days for suppliers to receive new information concerning a project. Now it takes roughly 10 mouse clicks.

It makes sense that a company that has been in business for 96 years would know exactly how to take its manufacturing base to the next level. Perfecting its product technology, the company’s product lineup runs the gamut, from equipment used in single-well onshore drilling projects to multiple well deepwater facilities and subsea production systems. ABB Vetco Gray also provides Life of Reservoir support for customers and products. Field life management, asset management, maintenance services, spare parts, and special needs services area available 24/7, 365 days a year.

“When the program started in 1999 we had 93 machine tools across the three main facilities; the average age was 15 years,” he remarks. As the company began to embrace and employ Six Sigma strategies, it realized that achieving peak performance could only be gained through modernizing the factory floor. Now, with machines in full or near-full production at two facilities, ABB Vetco Gray also has implemented lean manufacturing strategies, a savings in time and efficiencies that it has already passed on to its customers.

“Our Houston operation embarked on a lean program a year ago,” says Allison, adding that, since, this facility has seen a marked improvement in its overall operation.

At the same time it began modernizing its machine base, ABB Vetco Gray began to streamline its IT system for suppliers, specifically in the area of e-procurement. Explains Carl Kruger, director of information systems: “When a purchase order is cut it is automatically emailed to the supplier; the supplier receives a link which takes him into the SIMON (Supplier Information Management Online) inbox which provides details on the purchase order.”

Because most of the ABB Vetco Gray’s production is done on build-and engineered-to-order basis, the SIMON systems makes it easier for the supplier to quickly access specs, production data information, materials and price data – saving time on the average 200 or so engineering changes that could potentially occur daily. This seamless approach also has been utilized on the shop floor with software packages such as Vericut that stimulates the manufacturing process via computer to ensure there are no quality problems on the product.

Along with this, ABB Vetco Gray employs Autotax, connected to its ProNC, producing a seamless transition from computer to tooling machine.

“What we did before on the machine we are now doing on the computer,” says Kruger. “It’s a complete art to part concept.” In addition, Vetco Gray has transformed its engineering software base, standardizing its CAD/CAM systems on ProE.

The company has been able to achieve this state-of-the-art IT networking – as well as advance its machine tool technology – through the help of several suppliers, including: DS Technologies of Germany and WFL in Austria, both machine-tool builders; PTC of Pittsburgh, Pa., which developed the ProE modeling software; Sandvik of Sweden, suppliers of the tooling database; Greeleaf of Erie, Pa., which also supplied tooling and CG Tech of Irvine, Calif., which provided the simulation software Vericut.

Adds Noel Monjure, director of e-business development, “We have been able to pull together most of the process – from front end to installation – into a system that is more efficient and fully integrated.”

Premier products
ABB Vetco Gray maintains 60 locations around the world. With the head office in Houston, the company has major production facilities across the United States as well as Brazil, Scotland, and Singapore. Major research and development centers are located in Houston and Aberdeen. Support manufacturing and aftermarket facilities are located in Argentina, Austria, Canada, China, Denmark, England, Indonesia, Nigeria, Scotland, the U.S., and Venezuela.

Among the jewels of its product line are the MS-700 subsea wellhead systems designed for high pressure, critical service, and deepwater drilling and production applications. Using state-of-the-art engineering technology, computer modeling, and rigorous testing, both in the laboratory and in the field, these wellheads are designed to be simple, reliable and safe.

ABB Vetco Gray installed the first MS-700 wellhead in 1991. Now, in every major producing area, from the deepwater Gulf of Mexico to the harsh environment of the North Sea, from the Southeast Asia to South America, the MS-700 subsea wellhead has become a world class, field-proven product, capable of meeting and exceeding the most demanding environmental and well condition requirements.

Many companies merge together
ABB Vetco Gray represents the final configuration of a series of companies, the earliest of which was founded in 1906. The Regan Forge & Engineering Company in San Pedro, Calif., furnished high-quality, forged heavy-lifting devices for drilling rigs. It introduced a line of control heads and oil savers for West Coast onshore drilling rights, and by 1930 Regan Forge’s special export office in New York directed sales and oil companies operating in South America, Europe, the Middle East, and Russia.

Meanwhile, the Gray Tool Company was formed in 1922, in Houston after its founders developed a self-releasing spear to recover sections of drill string that had “twisted off” wellbores. Following the success of the patented “Gray Tool” the company went directly to its customers in the field to find out what types of new equipment were needed and then developed new products to meet the customers’ needs. By the beginning of the World War II, Gray Tool Company had obtained patents for a rotary swivel, valve removal tool, and method metal sealing “boll weevil” tubing hanger for completing wells through the control equipment, and a composite production manifold to eliminate many standard components in the production tree.

Another company by the name of Ventura Tool Company was in full production with its manufacture of a tool for inspecting the bores of oilfield tubulars. Then, in 1934, Lawrence L. Rector founded the Rector Well Equipment Company with a singe asset, his patent of the “Rectorhead.” The industry soon favored this wellhead, and Rector established a growing business in mid-continent oil fields.

During the Depression years, the major oil companies expanded globally in response to a continuing need for petroleum. Products from Regan Forge & Engineering Company, Gray Tool Company, Ventura Tool Company, and Rector kept pace with discoveries of oil reserves in South America, Canada, and the Middle East, which continued into the latter half of the century. Ventura Tool became Vetco Offshore in 1970; Gray Tool was merged into the mix in 1985 to form CE Vetco Gray. In the meantime, Regan was bought by Hughes Tool Company, whereupon the name was changed to Hughes Offshore; all companies merged to become Vetco Gray, Inc. in 1986. ABB purchased the company in 1991.

As it has always been at the forefront of oil and gas drilling and exploration, ABB Vetco Gray – drawing on an illustrious past that holds the promise for the future – will continue to be a key supplier and supporter of drilling projects across the globe. With the recent enhancements to its overall operation and its new streamlined approach to production, ABB Vetco Gray will no doubt continue to add on to its mix of technologically sophisticated products and services.