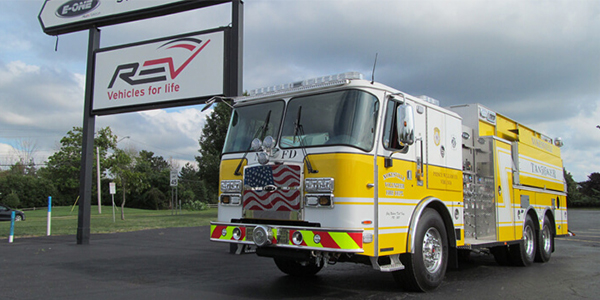 Emergency One, Inc. (E-One), a leading worldwide manufacturer of fire rescue vehicles, defines its mission as designing and producing superior emergency vehicles that are engineered for both performance and safety. E-One’s product line, one of the most extensive in the industry, includes pumpers, tankers, aerial ladders, aerial platforms, rescues, industrial fire trucks and aircraft rescue and fire-fighting (ARFF) vehicles.

Jay Johnson, vice president of marketing worldwide, comments on the company’s dual objective. “We’ve demonstrated that we’re an innovative company, and we pride ourselves on bringing the best solutions to the fire-service community. We are keen on making sure that fire service has what it needs to do the job – save lives and property and do it effectively. And, when that truck rolls, that it comes back with everybody accounted for.”

Among the innovations E-One has pioneered in product designs are the all-aluminum cab, body and aerial fire-truck components; independent suspension chassis, and the Hush rear-engine custom fire-truck chassis. Developed by E-One more than 25 years ago and now the industry standard, the extruded aluminum, high-strength body is relatively lighter than steel and will not rust. E-One’s aerial devices, the most advanced and highest-performance ladder and platform vehicles in the industry, are engineered to function as totally integrated vehicles.

The first manufacturer to exceed the ECE R-29 test for cab crashworthiness, E-One also has set new industry standards for safety. New products undergo rigorous testing during design, including strain gauge and road tests, so that any potential problems are identified and corrected early in the process.

Sole Provider
E-One provides single-source manufacturing, meaning that the components of each truck are designed from the outset to work together as a totally integrated vehicle. “Every customer has a unique requirement, so every truck is basically made to order,” Johnson says, adding that it takes an average of six to nine months to build a truck. “We assemble all of it. We fabricate the cab and the body and procure components like the engine from our supplier partners.”

Exceptions to that timing were made recently when E-One donated two trucks to New York City after the Sept. 11 attack on the World Trade Center. One was presented to the fire department and the second to the police department to replace vehicles lost in the disaster.

E-One employs more than 1,300 people in five ISO 9001-certified facilities with a total of more than 420,000 square feet located at and around its Ocala, Fla., headquarters. Output is more than 1,000 vehicles annually. Johnson says that truck prices range from $100,000 to $1 million, with the average cost being approximately $225,000. The company’s three top markets, in order, are municipalities, airports and industrial companies such as oil and chemical businesses. In addition, the company services the important wildland (or forestry) market.

With more than 23,000 trucks in service in more than 100 countries, the manufacturer maintains a network of more than 100 dealers who provide customers with parts, service and training. Founded in 1974, E-One was acquired in 1979 by Federal Signal Corporation, a diversified, billion-dollar Oak Brook, Ill., enterprise.

A Unique Rollout
E-One is marking yet another milestone this autumn with the delivery of specially designed trucks to the Royal Netherlands Air Force (RNLAF) and Amsterdam Airport Schiphol. The order for 34 ARFF vehicles represents the largest single European ARFF order in the company’s history, and the vehicles represent a new class of equipment.

“Working very closely with our customers, we are proud and honored to set a new standard for ARFF vehicles with this order,” says Bill Alm, E-One vice president of international sales.

Describing the capabilities of the custom-designed trucks, Johnson adds, “While the cab and body are made with exceptionally great style, it’s under the skin that you find the real performance. It has a 1005 horsepower engine. It carries 3,210 gallons of water, 200 gallons of foam concentrate and 500 pounds of dry chemical. It has a cab that seats three people. This is a big truck, and it accelerates from 0 to 50 miles an hour in 25 seconds or less. This is important, because in an airport application there is a requirement for rapid acceleration to the scene.”

Johnson points out that the sleek futuristic styling is achieved through the use of glassfiber reinforced polyester (GRP). An innovative composite material that provides many benefits, GRP is manufactured by Plastisol Holdings B.V., a Netherlands-based company that is also part of the Federal Signal Corporation.

High-Tech on the Way
E-One also is involved in introducing another new fire-fighting product to the North American market. The revolutionary F100 RLP (rescue ladder platform) developed by Bronto Skylift, a Federal Signal company in Finland, is both a telescoping and articulating device. It is capable of 100 feet of vertical reach and 88 feet of horizontal side reach. It also has a 180-degree jib boom that provides “up and over” and below-grade rescue capabilities.

Johnson describes the F100 RLP as “a lot of truck in one package.” He notes that the platform is mounted on a chassis produced by E-One in Florida. One F100 RLP has been delivered in New York State and Minnesota, while orders from communities in other states are in process.

As to future advances, Johnson says that technology development relates to product use. “In general, the fire service is performing more missions with one type of vehicle – combining more potential tasks. A typical rescue-pumper now has more capabilities to carry rescue tools and medical equipment, from basic to advanced support such as defibrillators. They serve fire, rescue and paramedic missions.”

The Emergency One tag line – Going Beyond the Call(tm) – is an apt description of the company’s singular dedication to providing the fire service industry with the vehicles needed to meet those complex new challenges. 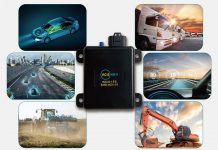